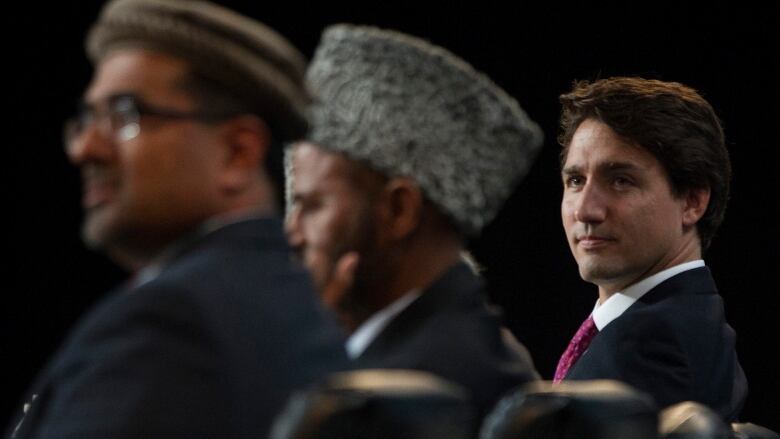 “A trial date for Ibrahim Ali, the man accused of the murder of 13-year-old Marissa Shen in Burnaby three years ago has been scheduled for the fall of 2020 in B.C. Supreme Court.”

“Ali was arrested and charged with first degree murder in the aftermath of Shen’s murder on July 18, 2017.  Shen had been reported missing that day and her body was discovered early the next morning in Burnaby’s Central Park.”

Ali arrived in Canada as a refugee from Syria seventeen months before his arrest.

The source article is dated November 25th, 2019. Today is August 20th, 2020. In all this time, not a single report or media article has been issued which informs Canadians of the outcome of the murder trial of one of Justin Trudeau’s chosen “3rd World Refugees.

Indeed, it is fair to say the story has been 100% BURIED, and it is “game over.” In other case media refer to as the “Danforth Murders,”  two young Canadian girls were reportedly murdered by another Syrian refugee.

“There is clear evidence that Faisal Hussain, ( aged 29) who shot fifteen people on the Danforth, killing two innocent girls— Juliana Kozis, aged 10, and  and Reese Fallon–age 18–  was NEITHER seriously mentally ill, nor that he had acted alone.”

What has transpired over the two-plus years since the murder trial? Why, it  is the same situation as with Marissa Shen– nothing at all.

Now, we move to the present-day:

RED DEER, ALTA.— “A man accused of killing a family doctor had a plan and a target in mind when he showed up at a walk-in clinic in central Alberta, RCMP said Tuesday.”

Deng Mabiour of Red Deer, Alta., faces a charge of first-degree murder in the death of Dr. Walter Reynolds, a 45-year-old father of two. The 54-year-old suspect is also charged with assault with a weapon and assaulting a police officer.

“This was not a random attack,” RCMP Supt. Gerald Grobmeier told a news conference.

Right–this is not a random situation– and neither is a collective COVER-UP of the alleged murder of a white doctor by a Sudanese Refugee import. Extent of public condemnation from Mayor Tara Veer of Red Deer, AB? Nothing-not a single sentence. How about Red Deer City Councillors? The very same, to be certain.

Local Red Deer media? Nothing. National media? They wrote about it–yet never stated a single word of condemnation. Please do tell, fellow patriots– why would a heinous murder of a respected and well-loved doctor with a Machete “fly over the heads” of government andf media–as well as the family of the doctor as well?

Simple as pie– all three of these cases have a commonality which informs us WHY THE SILENCE exists:

Because to condemn the murders would by default condemn Canadian Immigration and Refugee Policy–that’s why. The hidden element in all of this is that between 2016-2019, PM Trudeau sent ex-Immigration Minister MP Ahmed Hussen back and forth to Africa twenty-four times.

This is exactly what the 2020 African immigration and refugee push is derived from. To condemn Trudeau is to condemn Hussen–and this will never occur with Trudeau’s Liberals in power.

As it happens, Mr. Hussen is only a HALF-Canadian citizen. After living in Canada for decades--as well as rising to the top of the political totem pole as a current Liberal Cabinet Minister, Mr. Hussen will not “retire” his Somalian citizenship.

Clearly, the man’s heart lies in Somalia–and not Canada. It is with this political dynamic that the reason for Red Deer City’s complete silence is found. You see, in Justin Trudeau’s Canada, a Sudanese refugee with nothing to offer our nation is more important than a well-loved local doctor who dedicated his time to helping Red Deer community members.

This, fellow Canadian patriots– is your Canada. It is your government. It is the REALITY of life in Trudeau self-proclaimed “post-modern” society.

What CBC tell you regarding any and all information of this nature is a media distortion of the highest order.  From CAP’s experience, after the Trudeau Liberals, Canadian City Councils are the most vile defenders of our federal government’s 3rd World importation schemes. Certainly the town of Red Deer, AB is on board with this.