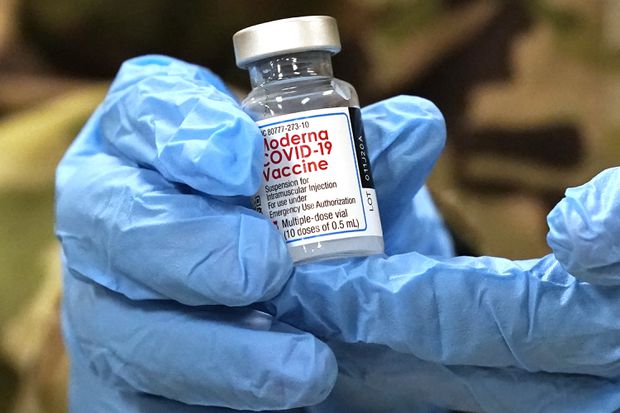 “A second staff member at Bartlett Regional Hospital in Juneau  was taken to the emergency department after getting the Pfizer COVID-19 vaccine.”

“Earlier in the day, the Alaska Department of Health  sent out a notice about a health worker at the Juneau hospital who had a severe anaphylactic reaction to the vaccine. She is still hospitalized  and under observation.”

Sounds fairly serious. Looking into the impact of Anaphylactic reactions reveals the following:

“Anaphylactic shock is a rare but severe allergic reaction that can be deadly if you don’t treat it right away.”

An article titled  “Anaphylactic Shock: What You Should Know” from WebMD website, an award-winning Medical website specializing in medicine, journalism, and  health communication, has this to say:”

“The terms ‘anaphylaxis’ and ‘anaphylactic shock’ are often used to mean the same thing. They both refer to a severe allergic reaction. Shock is when your blood pressure drops so low that your cells (and organs) don’t get enough oxygen. Anaphylactic shock is shock that’s caused by anaphylaxis.”

Cultural Action Party of Canada are not medical professionals. We have no interest in exaggerating dangers or stirring up fear. The goal here is basic: to make Canadians aware of facts related to the Covid vaccine which may not be presented in a direct fashion within domestic media.

The website of the National Institutes of Health based in Bethesda, Maryland has the following to say:

“While some people suffer anaphylaxis as part of a serious allergic reaction, in two out of three people, anaphylaxis has no known cause and  thus the anaphylactic reaction is called idiopathic.

The seriousness of the pandemic situation calls for diligence in reporting of information. Our goal in this instance is to stay clear of rhetoric that often colours CAP  articles.

In light of this attempt, we will posit a question, rather than draw a conclusion:

Is, or is not, the general presentation on Covid in Canada down-playing the severity of reactions to the pandemic vaccine?

Fair to say that a diminished presentation is morally wrong.  An internet search does, in fact, bring up Canadian media articles which speak of the situation at hand.

“Dr. Peter Marks, director of the FDA’s Center for Biologics Evaluation and Research, said at a press conference that the allergic reactions had been reported in more than one state, including in Alaska.”

“Marks said that a chemical called polyethylene glycol (PEG) that is an ingredient in the Pfizer vaccine – as well as the Moderna Inc vaccine  – ‘could be the culprit’ causing the reactions.  Marks said that allergic reactions to PEG could be somewhat more common than previously understood.”

The cases in Alaska were similar to two cases reported last week in Britain. Britain’s medical regulator has said that anyone with a history of anaphylaxis, or severe allergic reactions to a medicine or food, should not be given the Pfizer-BioNTech COVID-19 vaccine.

“The U.S. Food and Drug Administration has said that most Americans with allergies should be safe to receive the vaccine. It said only people who have previously had severe allergic reactions to vaccines or ingredients in this particular vaccine should avoid getting the shot.”

Is the idea that the Covid epidemic is the greatest epidemic in modern Canadian history fair to conclude? CAP leave it to the public to decide whether or not Canadians are receiving an accurate picture of side effects related to the pandemic vaccine.