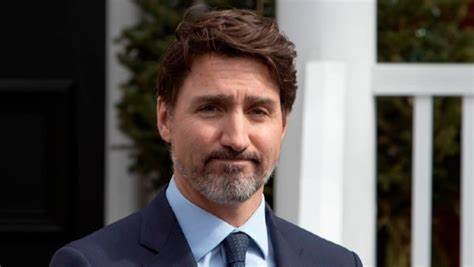 “What a wicked game they play.” Yes, it does indeed appear that mainstream media in Canada have just “pulled a fast one” over 37.8 Million citizens of our nation.

According to Ottawa-based media outlet, News 1130, “the Trudeau government lives to see another day after surviving a confidence vote in the middle of the pandemic.”

Oh, the “games people play”— the above quote from the source article doesn’t even come close to depicting an obvious truism:

The Liberal Government Of Canada appear to have made an “arrangement” for the rejection of Justin Trudeau’s bid for a United Nations Security Council Seat to  obfuscate a non-confidence vote against Justin Trudeau within the Canadian Parliament.

As astute political observers in Canada understand, a vote of non-confidence is no small matter. If successful, Justin Trudeau and his Liberal-Globalist government would fall.

Patriots take note–on behalf of Canada’s quasi-dictator, PM Justin Trudeau, the significance of the vote of non-confidence has been strategically under-played.

How typical. Within Trudeau’s Canada, social manipulation has now taken the place of objective, impartial news reporting. If this was not the case, CBC, Globe & Mail and Toronto Star would not be “hiding away” the non-confidence measure. How sad it is that such a hollow, vacuous personality of a PM is indemnified in this capacity.

Hey fellow patriots– try this little “experiment”— do a web browser search on the words “Trudeau Non-Confidence.” If your experience is like CAP’s you will find very little from establishment media regarding the vote of non-confidence.

Logical Conclusion? CBC and corporate media are protecting Justin Trudeau. Why? What is it about this rogue national leader that makes media cling to him like so much lint on a cheap suit?

There must be something, right? More than likely, big money is involved– possibly from “out-of-town”— such as sourced from global entities with an invested interest  in our dying democracy.

CAP Logic: The Trudeau family–all of them-– have admired communist nations such as China and Cuba for decades.  Within communist societies, media work the will of government. Within Trudeau’s Canada, the post-modern phenomenon of government control of media is fundamental.

Within 2020 Canada, the government/media structure within China has now been emulated within our society. With the “non-confidence” motion as evidence, it is obvious Trudeau & Co. have emulated communist political methodology in Canada.

How can even the most dedicated Liberal Snowflake deny such as thing? Of course, they can– but to do so would be an act of self-deception– an everyday activity for Canadians of European heritage who have bought into Trudeau’s globalist game of deception.

Where is the CBC coverage? How about National Post, and other leading media publications in Canada?

Simple Answer: The very same place they are when it comes to exposing the majority of Justin Trudeau’s political “inequities”-– nowhere to be found.

“A federal bill approving 87-billion dollars in program spending through this pandemic has been approved in the House of Commons on division.”

“Since it was a confidence vote that means the country avoids seeing the minority Trudeau government fall and potentially launching the Canadians into an election.”

Canada must change–but it won’t for as long as Justin Trudeau maintains his position as “supreme leader” of our dying democracy.  Clearly, this is what mainstream media in Canada desire above all.

Now why would the bedrock of media within contemporary society work to protect:

— A PM who runs down tens of millions of Canadians of European heritage by branding our people racist bigots.

— One who creates the largest deficits in history, as well as the greatest degree of household and family debt in national history.

— One who sits back in silence while Christians in the Middle East and Africa are systematically persecuted en masse.

It makes no sense–therefore you know it is a scheme cooked-up by the most powerful institutions in Canada. Media backing a non-democratic political push to trans-ition Canada from democracy to dictatorship?

CAP called it “straight out of the gate”— we shall leave it in the reader’s hands to draw their own conclusions.

2 thoughts on “Did Media Use Trudeau’s U.N. Security Council REJECTION TO MASK A Non-Confidence Vote?”