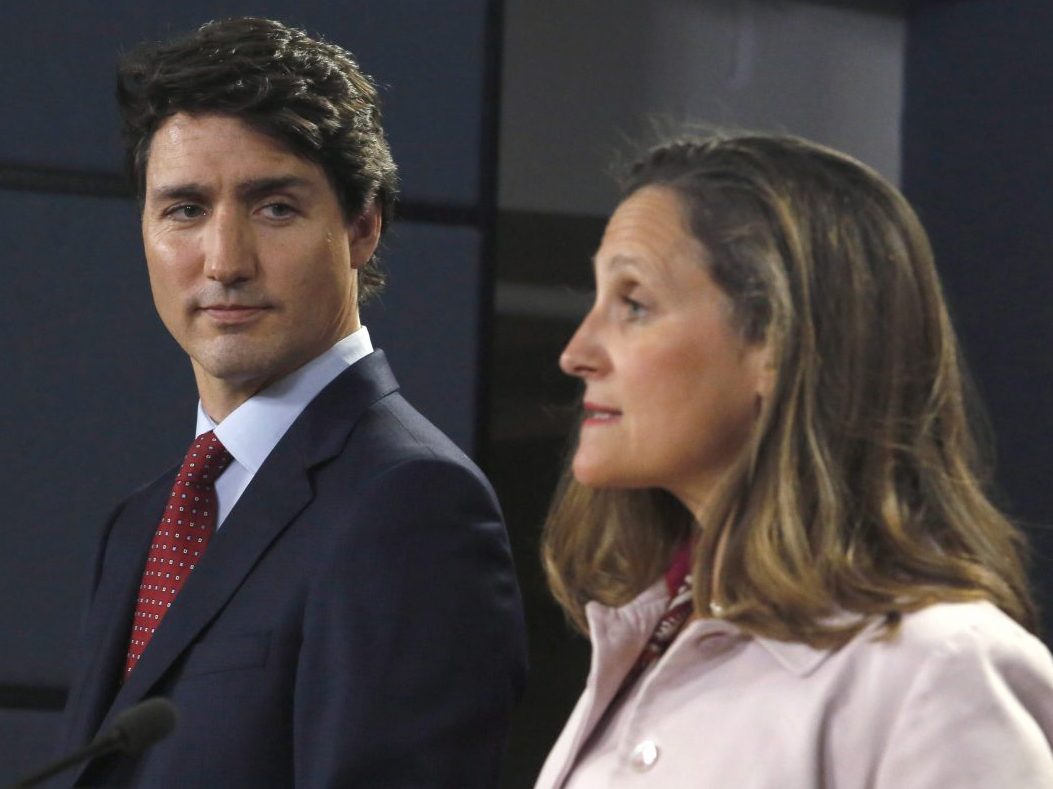 Can an abundance of so-called “coincidences” reach a point where they validate a fundamental truth? With this in mind, let us consider current political structure in Canada.

“Vaccine passports went from being illegal, to being imposed, and then extended indefinitely.”

Such is the incremental nature of Canada’s “progressive” governance. In contemporary politics, yesterday’s repudiation is tomorrow’s legislation. It makes a thinking Canadian wonder. Is it possible that the conspiracy theorists of today– those maligned as right-wing flakes by media– could end up as oracles of truth in the long run?

For Cultural Action Party, this is the essence of what we refer to as “Liberal-Globalism.” Pay now– find out later. Nowhere more applicable than it is in the case of multiculturalism.

As founded by ex-Liberal PM Pierre Trudeau, institutionalized diversity was to serve as a vehicle for ethnic equality within a pluralist society. In the long-term, it is serves as a tool for a disempowerment of “Old Stock” Canadians.

In 2021, Canadian Liberalism feels much less like a “choice” than ever before. Nothing exemplifies this like Covid. Yet, media never reflect the sentiment. Nor do they articulate the degree to which the pandemic has dissolved the rights of the individual.

As it happens, citizenship rights as encapsulated in Pierre Trudeau’s Charter of Rights and Freedom had for 50 years served as the cornerstone of civil rights in Canada. Then came Covid.

Turning to the political arena, a recent development in Alberta  smacks of the  “enforced Liberalism” of which we speak. It is manifest in two recent mayoral elections– one in Edmonton, the other in Calgary.

One might refer to it as a Liberal tidal wave. In an instant, Alberta goes full Liberal-Globalist. Curious it is that former Liberal Cabinet member Amarjeet Sohi was elected as mayor of Edmonton.

Unless one has been living in a Covid-induced coma, they would know that Alberta is anti-Liberal land. The Liberal Party failed to win a single seat in the 2019 federal election. In 2021, they won two seats.

The majority of these votres come from Calgary and Edmonton. Then, like instant pudding, Liberalism is the flavour of the day, and Amarjeet Sohi becomes mayor.

In Calgary, Jhoti Gondek won by a landslide. In her first post-election interview, Gondek announced that her top priority is to declare a ‘climate emergency’ in the city of Calgary.

In other words, an immediate impediment on Alberta’s Oil and Gas industry. How “Justin Trudeau” this is. In fact, so is the election of Amarjeet Sohi, ex-Liberal MP.

In one didn’t know better(we don’t), it could be concluded that the province of Alberta has just been forcibly converted from Conservatism to Liberalism. Getting the picture?

“Enforced Liberalism” it is. How anti-democratic in nature. Which is, of course, the number one reason that Canadians will never read about it within mainstream media.

For Cultural Action Party, Canada is a nation being seduced. Although not explicitly announced, Conservatism is under attack in all its manifestations. It is about to get worse. Once Trudeau moisies on back to Parliament, it will be time  to push through his internet censorship campaign.

This will eliminate the voice of the so-called “alt-right” in Canada. In this agenda we witness the methodology. Steady goes the globalism ship. Step-by-step, Canadian conservatism is pushed to the periphery of society.

Alternatives to Liberalism will eventually come to an end. For one thing, the Conservative Party are never again going to form a federal government. For migrants from communist nations who may be reading this, CAP bet dollars to Tim Horton’s donuts you are picking up on “the vibe.”

The rest of Canada does not. In this we discover the keys to the neo-communist kingdom. As far as CAP goes, we deliver far too much alternate theory for our organization to survive in the long run.

Undoubtedly, we will go down with the ship. In the long term, Liberalism is to be the only form of governance or political ideology permitted. This is Canada’s political destiny, one which began the day Justin Trudeau was placed into the office of prime minister.