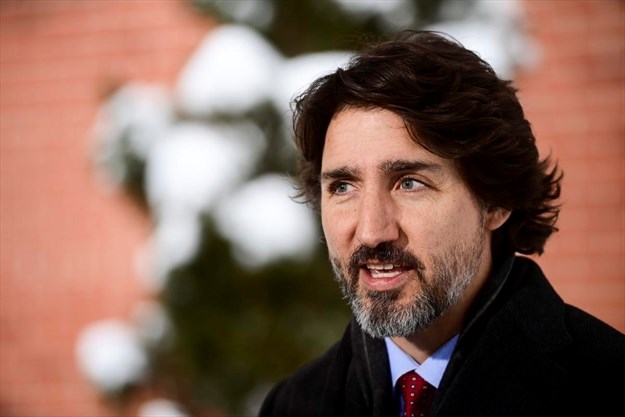 Within Canada’s “Great Reset” agenda of 2021, one is hard-pressed to find an element of society which is not infused with “systemic racism.”

From construction to architecture, RCMP to correctional institutions, it seems no element of present-day society in Canada is devoid of structural racism.

Never before in the history of our country has a ubiquitous accusation of hatred of identifiable communities been so high profile.

Prime Minister Justin Trudeau advances “systemic racist” theory. His Liberal Cabinet has followed suit. CBC, Globe & Mail and Toronto Star have ramped up the racism rhetoric to historically high levels. Canadian academia have all but reached a point of blatant hatred of the perpetrators.

“This must change” is the general refrain from all involved. Yet, never do these theorists call out the perpetrators by name.

What an odd-ball situation this is. To use a legal analogy, consider the following: how many times do we see a legal situation where a prosecutor argues their case toward those accused, but never once mentions the defendant by name?

What circumstances could cultivate such a scenario? In this regard, Cultural Action Party reach back to a statement made by PM Justin Trudeau in 2016:

According to Canada’s National Observer, Justin Trudeau has stated his government will lead a wide review of all federal laws and policies to “decolonize” Canada.

Five years later, CAP believe Mr. Trudeau is well on his way to accomplishing his goal. In 2016, our current PM delivered an ambiguous– yet highly impactful– statement to Canadians.

According to Trudeau, Canada is a “post-modern” nation. What was he driving at? Five years later, the answer is not difficult to discern: what he meant is that our nation’s history and heritage is to have no impact upon Canada’s future.

In other words, our national leader has extracted the relevance of the formation of Canada from its contemporary definition. In turn, without being explicitly expressed, English Canada was hereby wiped from the map of national relevance.

Not by the citizens of our nation. Not by way of vote, referendum, majority opinion or any fundamental of democratic governance. But rather, by an ex-drama teacher with zero qualification for the office of prime minister.

“Not a problem,” was the collective inaction from establishment media. After all, father Pierre Trudeau also single-handedly transformed society for all-time with his delivery of multiculturalism. Media had no problem with this measure at that time either.

JustinTrudeau insists his decisions are based on “what’s good for Canada.”

Quite. Unless Justin Trudeau is a modern-day visionary with a resume on the level of French astrologer and seer Nostradamus, how can he possibly know what all 38 million Canadians believe is good for Canada?

This is called “presumption”– a mental condition indicative of Trudeau-family politicians.

It seems that Justin Trudeau method of decolonizing Canada begins with demonizing Anglophone Canadians, and other communities of European origin.

Where does it end? On this CAP can only speculate. Our guess is that Second Class citizenship status is to be the “end game” for Anglophone Canadians by way of Justin Trudeau’s policy of “reverse racism.”