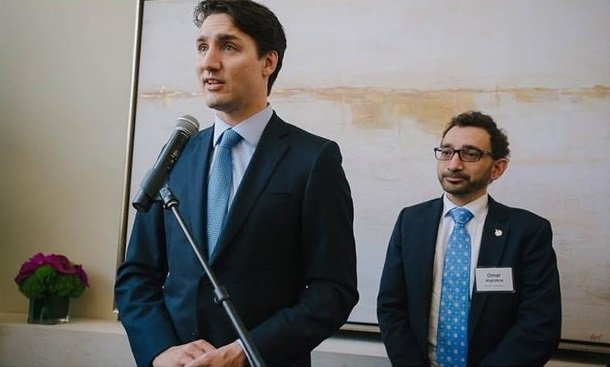 In early 2019, The Honourable Ahmed Hussen, Minister of Immigration, Refugees and Citizenship, introduced Bill C-99, An Act to amend the Citizenship Act, to change Canada’s Oath of Citizenship to include clear reference to the rights of Indigenous peoples.

The new proposed language adds references to Canada’s Constitution and the Aboriginal and treaty rights of First Nations, Inuit and Métis peoples– but not the remaining two founding communities–Anglophone and Francophone.

Sikh Canada. Muslim Canada. Chinese-Canada. Family Reunification. Refugee Rights. Charter of Rights and Freedoms. In the thirty-five years since the Charter’s inception, these and other special interest groups have leveraged the Charter to build community, protect rights, advance non-Canadian identity, and shut people up who would dare to critique their behaviour. Nice for them.

On the flip-side, we find Canadians of European Heritage hand-cuffed from emulating these behaviours on behalf of their communities. Any show of pride in the European identity and roots of our nation is strictly taboo.

Who says so? The prime minister of Canada does. Ditto for CTV, Globe & Mail, and Toronto Star. Of course, CBC follow suit as well. If they tow this line, they will receive funding from Trudeau they desperately need to augment falling revenues.

READ MORE– Justin Trudeau’s Canada: Why We Are A Nation That Hates Itself

Where does this leave Old Stock Canadians? Are Canadians of European Heritage now the singular identifiable Canadian community lacking an ability to leverage Charter rights to protect and promote their identity? Actually, no. As written, Charter Rights apply to all Canadians. This is not the actual problem.

The problem is that when patriotic organizations attempt to stand up for themselves, they are branded racists and bigots. When Sikh or Muslim-Canadians behave in the same manner, it is labeled “diversity.”

What a trap–but here is the real kicker. Statistics Canada inform us that one day Anglophones will trans-ition to minority community status. What will happen then? Will there be a profound societal change as white Canadians are warmly welcomed at the banquet table of Canada’s “minority” communities and their multicultural extravaganzas?

Yes–on a cold afternoon in the Sahara desert. It will never happen. This is how our communities are being set up for a profound societal disadvantage. Anglos and Christians will become the only minorities lacking minority rights. This is what Justin Trudeau ios preparing for the  future of Canada.

What happens next? No surprise– Cultural Action Party of Canada has a theory. The poor and lower income Anglophones become a new “First Nations-like” community. CAP call this “Second Nations Canada.”  In the minds of Trudeau and his Liberal culture-killers,  this is pay back for “stealing” Canada from our historical aboriginal communities.

But wait. Is it not true that present-day Anglophones have nothing to do with historical oppression of our First Nations peoples? Yes it is–it’s just that neither Trudeau nor any other Liberals give a damn, Logical conclusion: Their behaviour is punitive toward our people.

That smugness Justin carries with him. That annoying smirk. He knows something we do not. CAP’s guess is that one thing he thinks(or thought) he had up his sleeve is to entrench Islam as Canada’s most powerful religious community, as well as overwhelm Anglophone Canada with Third World migrants. The other would be his long-term plan for Old Stock Canada.

Granted, these are projections. Yet, it is more than fair to state that CAP have had Justin Trudeau’s number since day one. Unlike mainstream media, it took us all of one week of Trudeau being in office to discern he is a fake and a fraud.

In Justin Trudeau’s mind, Anglophone Canada comes LAST. This is our firm belief. Anglo-Canadians who vote for Justin are making the mistake of a lifetime.