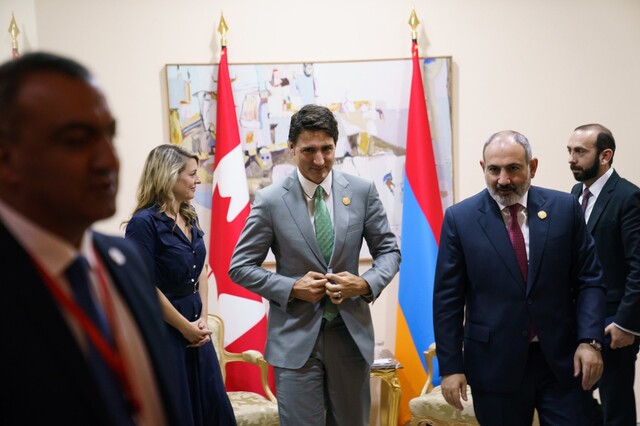 Recent polling in Canada reveals a dire situation for our general population:

“More than half of Canadians are worried about getting food on the table. Just a month ago, only 44 per cent of Canadians were expressing some worry that they would soon be struggling to feed their families. But a recent Ipsos poll found that the number has now risen to 53 per cent.”

My, my– things are getting mighty grim for lower and middle-income Canadians. After which CAP return to a beef regarding our Federal government that media refuse to articulate.

Did you know? PM Justin Trudeau could help these people with a wave of his pen. After all, this man is in control of taxpayer fund distribution. If he and his  government chose to, they could reduce foreign aid to over 50 “developing nations” currently funded on an annual basis.

This is is hot-button issue for CAP-– especially in light of the fact that not a single mainstream media outlet ever speak of it.

For one thing, many of these nations are not developing at all. Or more succinctly stated, they are officially recognised as “developing” when they do not qualify for the designation.

China a developing nation? If so, they have been developing for the past 5000 years. One would figure one day they would get there.

“A Department of Foreign Affairs Survey found that just 4 percent of Canadians are aware that government sends millions of dollars of foreign aid to China every year.”

Why are 96% of us unaware of the great China taxpayer transfer? Simple as Nova Scotia apple pie– because our media has never informed Canadians of this piece of reality.

“India has recently overtaken the UK to become the fifth largest economy in the world. What is the nominal GDP of India in 2022? India’s nominal GDP in 2022 is $3.8 trillion.”

At present, the “developing nation” of India receive $9 million dollars in foreign aid from Canada every year.

Crikey– in Trudeau-land, even Iran makes the cut, at $1.6 Million per-year. Degree of outrage from Canadians? Zero. Pourquoi? Because they don’t know about it.

Upon election in 2015, PM Trudeau increased foreign aid to all Middle Eastern and African countries on the list.

Now, let us draw a collective breath as we unveil a list of “developing countries” on the receiving end of Canadian foreign aid:

Phew! What a walloping list of foreign nations Justin Trudeau is forwarding our tax dollars toward. Upon further inspection, we recognise an inherent bias. Most of these are Muslim-dominated nations.

What a favour Mr. Trudeau has bestowed upon these benefactors. Back in Canada, we witness life at the ground level:

— 61% of Canadians polled say they are worried they won’t be able to afford gasoline.

— 33% of Canadians are effectively shut out from home ownership.

As Justin Trudeau loves to say, the Liberal Party are “working to improve the lives of the middle class.”

Yes, there are– in Ghana, Ivory Coast, Liberia, Burkina Faso and Chad.

As for us Canadians, we can all go jump in Lake Ontario as far as Justin Trudeau is concerned.