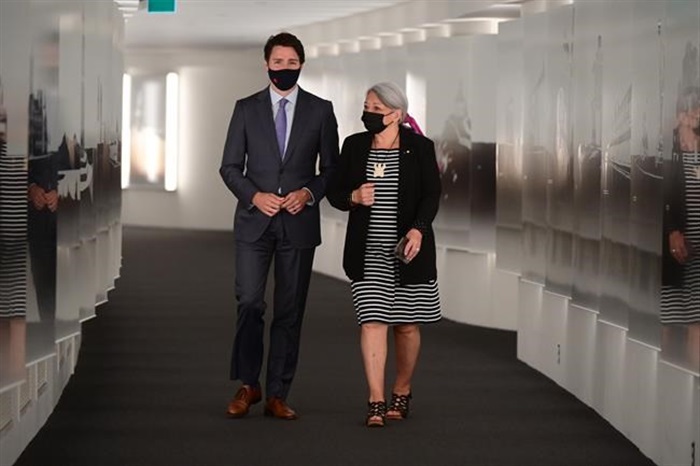 In the wake of the Truckers Convoy in Ottawa, Canadians peppered Governor General Mary Simon’s office with calls to dissolve our federal government, as well as remove Prime Minister Justin Trudeau from office.

As reported in the National Post in February, 2022, “Rideau Hall’s call centre normally receives between 25 to 50 calls a day. Since the truckers convoy began the number has exploded, with more than 1,500 on Wednesday and over 4,600 at one point in the afternoon on Thursday.”

It’s an unprecedented development within a unique social structure. The Liberal government of Canada has morphed into a post-modern authoritarian regime. In reaction, the desire to have Justin Trudeau removed from office has fired-up to white hot levels.

The situation has brought society to its most fragmented condition in decades. Two distinct factions exist: one found in government’s doghouse, one venerated as the apogee of our country. The former are the loathsome. These are the protestor-types, conservatives, anti-vaxxers, Old Stock” Canadians. It is a segment of society Justin Trudeau could live without. One day, perhaps his wish will come true.

The “in-crowd” are a different breed. These are the folks venerated by government and media. Their numbers consist of woke white Liberals and 3rd World migrant communities. Regarding the request to guide Trudeau to the exit door, there is good news for them:

“The protesters’ calling campaign is all for naught as there is no way the Governor General could ever acquiesce to any of their demands,” says Daniel Béland, director of the McGill Institute for the Study of Canada.“The Governor General cannot just decide to fire the prime minister like that.”

Correct he is. Though it’s not a question of caving in to demands of the protesters, or anyone else. It is a matter of government policy regardless of who makes the demand.

As if the general public would ever wield such power. Indeed, the thought is laughable.

“If a vote of no confidence passes, the Prime Minister is required to submit his or her resignation to the Governor General  of Canada who may either invite the leader of another coalition/party to attempt to form a new government in the House of Commons, or dissolve Parliament and call a general election.“

There is no mechanism in Canada for citizens to remove a sitting prime minister. For each four year term held by a prime minister, their status is subject only to the House of Commons.

On the topic of public influence, times have certainly changed. New arrivals to Canada may not realize it, but there was a time when “the will of the majority” actually meant something. In terms of degeneration, one would believe it existed  between the Neolithic age and the rise of  Cro-Magnon man.

Justin Trudeau wouldn’t consider such a concept if he was the last neo-communist standing. As such, governance in Canada has transitioned to a series of four-year dictatorships. Media say nothing. Besides, how could the Canadian people impeach a prime minister, when we don’t even vote for a prime minister?

Mainstream media has always maintained a skewed attitude toward Federalism. Over a four-year period, media supply relentless coverage of PM Trudeau. The man is the Alpha and Omega of federal governance.

Then, arriving at voting day, the prime minister is non-existent. Apart from  presence on one ballot out of a total of 338, our PM transitions into the Harry Houdini of politics, Canadians do not vote for a prime minister, we vote for our local MP.

Life has made it hard for citizens to have an influence on government. Smart money says to never expect change in this regard. What has Covid brought, apart from than a thicker wall between government and the people?

Result: a three-term prime minister that nobody wants, apart from a select group of designated elites. Feeling the “democratic vibe?” Sounds more like post-modern communism than anything else.

“The protesters’ calling campaign is all for naught as there is no way the Governor General could ever acquiesce to any of their demands: Expert”

Ah, yes– the omniscient Liberal “expert”– ready at will to back whatever the Feds call for at any given time.

Truth is, Canada has always been far less of a democratic nation than perceived by general society. Today, Justin Trudeau has democracy clinging by a thread. Every concerned Canuck in our nation could give GG Mary Simon a call, and it wouldn’t amount to a hill of Canadian back bacon.