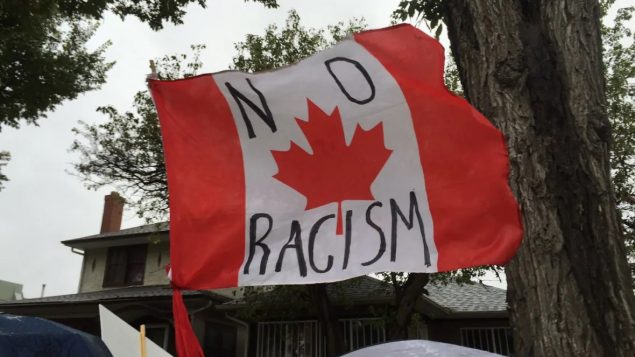 “Erin O’Toole Promised To Remake The Conservative Party. So Why Are His MP’s so White And Male?”

What remains far more disconcerting is what is found on the macro-level:

In the year 2021, being a white Canadian male is imbued with negative connotations. It is a product of social transformation which Cultural Action Party has warned of since Justin Trudeau became prime minister in 2015.

Canada has undergone a social inversion. Those who historically dominated society are today corralled into a second class bullpen. For anyone who has contemplated this  theory, they may presume current PM Justin Trudeau to be the catalyst. He isn’t. The true founder is former PM Pierre Trudeau.

It is, in fact, a combination of the two which has delivered this social inversion. Naturally, the less “Old Stock” Canadians comprehend the phenomenon, the smaller the degree of public push-back. It is in this capacity that mainstream media come into play. Their job has been to obfuscate this decades-long agenda. They have done a stellar job in doing so. The result of which is a cruel social paradox.

There is only one identifiable community sanctioned to be on the receiving end of bigotry– Anglophone Canadians. Those who advance “special interest” political agendas are free to bash away at these communities.

The Toronto Star does so with impunity. Add to them government-funded CBC, and leading daily news outlet Globe and Mail. In stark contrast, try directing any degree of racially-oriented vitriol at non-white communities. Then stand back and watch the “woke culture” fur fly.

What a distressing social dynamic it is– for some of us. More perplexing is how it can exist without our controlling institutions questioning its legitimacy, or indeed its very existence.

Where are the “experts” in academia on this situation? Oh, we almost forgot–they are busy promoting it. How about Canada’s erudite journalist contingent? Not a single political figure has a word to say about it. MP’s. MLA’s, Mayors, City Councillors— not one will speak up– just as they refrained to do regarding three dozen residential school-related churches burnings.

CAP will not mince words: within our society, prejudice against white people is an accepted form of social discourse. PM Justin Trudeau has no problem with it. Nor does NDP Party leader Jagmeet Singh.

Add to this multicultural non-profits and their hired-hand political lobbyists. Affirmative action committees within our corporations qualify. This is no minor matter– we are talking criticism, condemnation, and prejudice based upon ethnic identity. The very phenomenon which for the past 50 years has screamed injustice within society. In 2021, it has been validated toward a singular community. Such a circumstance constitutes the epitome of social hypocrisy– and nobody says a damn word about it.

If the powers that be do not speak of it, they do not have to speculate on where it is leading. Cultural Action Party cannot predict the future. We will, however, take a wild guess.

For one thing, there is no reason for the trending to subside. Immigration is at its highest level in a century. Meanwhile, government leverage racism to divide people, and win elections. Unlikely it is that leaders within racialized communities will reach a point of satiation. Media will never admit that racism brings millions of additional mouse clicks to the delight of executives.

Turns out that racism is good for business. Government know it. Media promote it. And when it comes to political transformation, there is no better vehicle. Time and again, history teaches us this lesson. It also tells us that collective silence is a sign of trouble. Yet, we never seem to learn, as cycles repeat over and over on an historical basis.

Perhaps Justin Trudeau is right– we really are a post-modern society. Who would have ever guessed that one by-product would be found in a vilification of Anglophone-Canadians?

3 thoughts on “Government, Media, And The White Canadian Male”