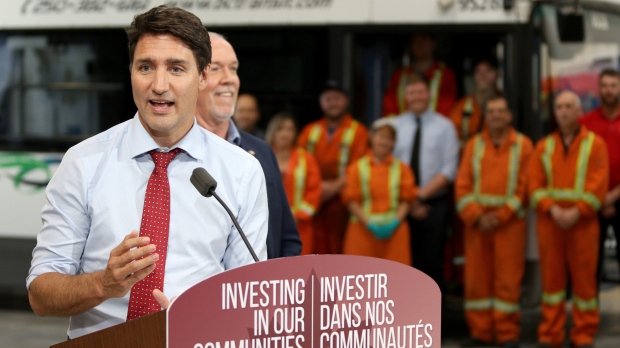 Searching for a “solution” to systemic racism in Canada, the cult of 3rd World Canada think they may have found their “silver bullet.”

According to 3rd World fanatic and Somalian supremacist MP Ahmed Hussen, the answer may be found in restricting hiring agents from knowing the actual name of the candidate. Hussen thinks that if this is entrenched, it will help in his goal as a Justin Trudeau-appointed cabinet minister.

The goal is singular in composition: to advance, fund, promote and protect all 3rd World interests in Canada. Part of this is an advancement of employment opportunities for the only Canadians that Hussen cares about– his precious brethren people, 3rd World Canada.

Note how establishment media position the recommendation. It is a benefit to the poor, suffering 3rd World communities of Canada. Are there related ramifications from this piece of 3rd World privilege?

Why, yes there are– the very thing that CBC, Globe & Mail and the rest are not telling you:

If some Canadians are advanced based upon ethnicity, religion and skin colour, others must be impeded from gaining employment on this basis. CBC say nothing as a punitive agenda against Canadians of European origin is floated within government, media and academia.

“Grace-Edward Galabuzi, an associate professor in the department of politics and public administration at Ryerson University, said there needs to be a better focus on employment equity with improved job opportunities for racialized, Indigenous, immigrant, women, disabled and youth populations.”

Know what CAP call this? Entirely TYPICAL. Watch and witness as a 3rd World-mongering  so-called “academic” from Anglo-hating Ryerson University attempts to push around Anglophone and European-Canadians.

Toronto Star– perhaps Canada’s most anti-Canadian news organization(that’s saying a lot) are on-board with the punitive measures toward our people.

Somehow, someway–Canada has been trans-itioned into a 3rd World-preferred society. With the advent of uber-globalist and anti-Anglophone Justin Trudeau in full control of Canada, citizens of European heritage are being transferred to the “back of the Canadian bus.”

Due to leftist media and Marxist academia, globalist-multicult hacks such as Grace-Edward Galabuzi, Old Stock Canadians are having trouble recognizing the trend. The covert nature of a government/media communist-infused societal propaganda campaign ensures our people continue to walk the road Trudeau wants us to–down a path toward our gentle goodnight.

How about this for an example: Within Parliament, there are today 338 MP seats, representing the 338 ridings within our nation. When applying the punitive program of half-citizen Liberal MP Ahmed Hussen and Ryerson globalist in resident Grace-Edward Galabuzi, certain individuals should be placed in MP positions because they are 3rd World Canadians.

The number of seats happens to be FINITE. Therefore, to advance the dark-skinned, the light-skinned contenders must be held-back from gaining the coveted MP seats.

CAP Conclusion: This is racism–straight-up. Canadians are held back from gaining political employment based on the fact that they are Caucasians. Degree of racist accusation by way of government, media, academia?

Nothing, nada, zilch. This, folks, is Justin Trudeau’s post-modern Canada. Our resident political “King of Kings” forgot to mention one small detail in regards to his proclamation:

Trudeau’s post-modern Canada is, in reality, a post-democratic, post-“Old Stock” Canada. Trudeau, Hussen and the rest of the Liberal cultural assassins have trans-itioned our people into the villains of history–a racist, bigoted, xenophobic collection of meatheads.

This, of course, is the general vibe emoted within multicultural academic institutions such as Ryerson, York, McGill, U of T, and every other globalist-infested university in Canada.

National self-hatred knows no bounds as an agenda of punitive damages continues to corral Anglo-European Canada, in advance of our full transition to exactly where these globalist forces want our communities:

At the bottom of the social barrel within society. CAP has coined this “Second Nations” Canada. The first was our Aboriginal communities. By way of Trudeau & Co.— Canadians of European heritage are walking in line toward their inevitable destiny.