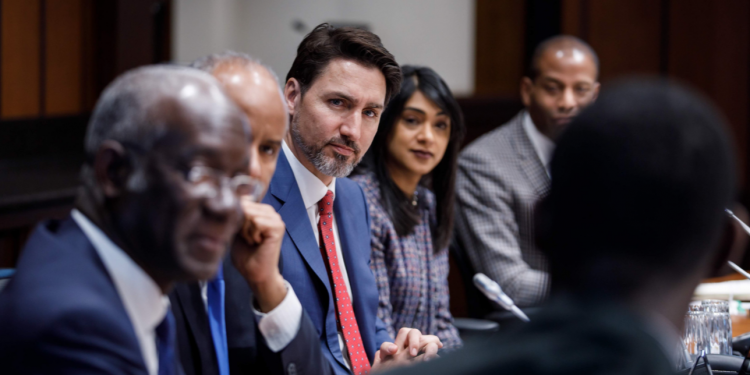 Cultural Action Party of Canada has  followed federal Canadian politics at a microscopic level every day since PM Justin Trudeau ascended to the “throne” of Canada.

This covers approximately five years of what CAP see as the most bizarre, surreal era within Canadian political history. Without question, the king-pin has been Liberal PM Justin Trudeau.

Or at least we thought so. Yet, in recent weeks, CAP may be coming to a alternate conclusion, manifest in the following query:

Who is more of a culture-eradicating, Canada-hating political entity within “post-modern” Canada– our national leader, or our nation’s monolithic globalist media?

CAP are seriously having trouble lately in this regard. For over four years, our party swore that no national figure or organization could possibly despise Canadian identity, heritage and history more than our current prime minister. Second place goes to another federal party leader, NDP kingpin, Jagmeet Singh.

Truly, it was game-over from the get-go. Based upon careful observation of government and media, it can be argued that within 2020 society, CBC, CTV, Globe & Mail, Toronto Star and the rest have a greater degree of animus toward English Canada and its Anglo-European communities than Justin Trudeau.

And yet, we now suspect that it may be this media conglomeration who are advancing the death of 153 years of Canadian society even more than our ruling government.

Media will not stop undermining democracy in Canada.  What was “racism” in Canada has been placed on steroids, and is now known as “systemic racism.”

Toronto Star are completely off the deep-end. CAP believe this outfit absolutely DESPISE our communities– Anglophones, Christians, Conservatives, as well as any Canadian who displays notions of patriotism or support of nationalism.

As for the above communities, it is obvious to CAP that the family Trudeau– PM Justin, commie brother Alexandre, as with Pierre Trudeau before them– despise non- Francophone and non- 3rd World Canada.

This leaves Anglophone society to fend for our own communities–of which thus far we have done a terrible job of accomplishing. In our defence, when all efforts are immediately shut down by the “race card” it is a hard nut to accomplish.

Consider the following hypocrisy: when 3rd World Canada-– Sikh, Chinese, Muslim in the main–  display PRIDE in their communities, government and media refer to this as “multiculturalism.”

When First World Canada— Anglophones, Francophones, and other Canadians of European heritage display PRIDE in their communities, government and media brand this behaviour “racism.”

Simple, fast and effective– yet not a single word about this incredible hypocrisy has ever been positioned within mainstream media in Canada.

There can only be one reason for this: the agenda is a pre-meditated program to steal away Canada from its founding communities.