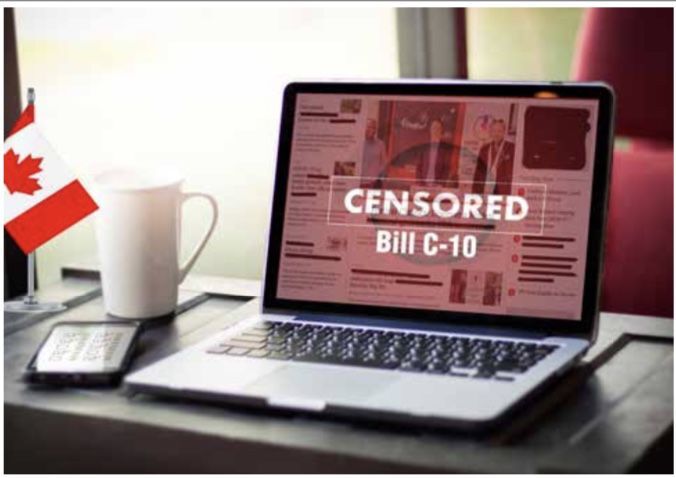 After a recent federal election, it appears a return to Parliament will occur in mid-October.

According to the Hill Times, a “budget bill, media reforms, and the conversion therapy crackdown” could lead the Liberals’ fall agenda. According to Cultural Action Party, a return to business as usual will be the flavour of the month.

Beyond Team Trudeau’s continuing obsessions with transgenderism, media reform is of top concern.  It should be the case for all Canadians with an interest in freedom of speech.

Pourquoi? Because it is Justin Trudeau’s third term victory that is going to bring an end to free speech on the internet. How many times has CAP rambled on about the incremental nature of globalist seduction?

At least one Canadian journalist feels the same. Writing on the topic of the Liberal’s pre-election tabled Bill C-10, Lorne Gunter says “the real danger lies, in the drip-drip-drip erosion of our freedoms.”

“The million little affronts to free speech will begin two to five years from now when the big targets have been mostly subdued.”

Mr. Guntner is speaking of a granular application of internet censorship– as it begins to set its sights on the individual citizen. For example, personal web postings on social media– with an ostensible goal to expunge hatred from social media.

Meaning “hatred” according to standards of the Liberal establishment. Which in our day-and-age, means all opinions government do not like. How society has done a major about-face. There was a time when Liberalism in North America was pro-freedom of speech. With the participation of thousands of students, the Free Speech Movement was the first mass act of civil disobedience on American college campuses in the 1960s.

The Free Speech Movement was influenced by what was called the New Left. It was directly related to American Civil Rights initiatives and and the Anti-Vietnam War Movement.

Unfortunate it is that yesterday’s rebellious class are today’s regulators of social control. Much of this being technology driven. As such, government came knocking on the doors of Google, Facebook and Twitter with a desire to “protect the people.”

Is it under these circumstances that Lorne Gunter posited a critical question:

Consider the ramifications– an erasure of freedom of speech against the will of the public. Hands up those who consider this a by-product of democratic governance. Or rather, is it a concept of communist extraction?

For Canada’s woke contingent, do not fret. It will be applied by stealth. As Mr. Guntner, says, “a thousand mini-cuts as Canadians lose the right to free expression on the internet.”

A veritable Canadian Internet Firewall it shall be– the most onerous within any western society. And one in which the public neither requested, or approved. If we didn’t– who did?

A query for which CAP can offer some insight. The impetus comes from “special interest” Canada. Those powerful non-profit groups with direct connections to the PMO. Non-elected, self-appointed protectors of the “oppressed.”

In other words, post-Pierre Trudeau Liberal forces. The kind of which represent 3% of the population, but enjoy the privilege of pushing around the remaining 97%.

Such is the legacy of ex-PM Pierre Trudeau and his Charter of Rights and Freedoms. Such is the circumstances under which son Justin Trudeau corrals Canada into a facsimile of favourite family nation, communist China.