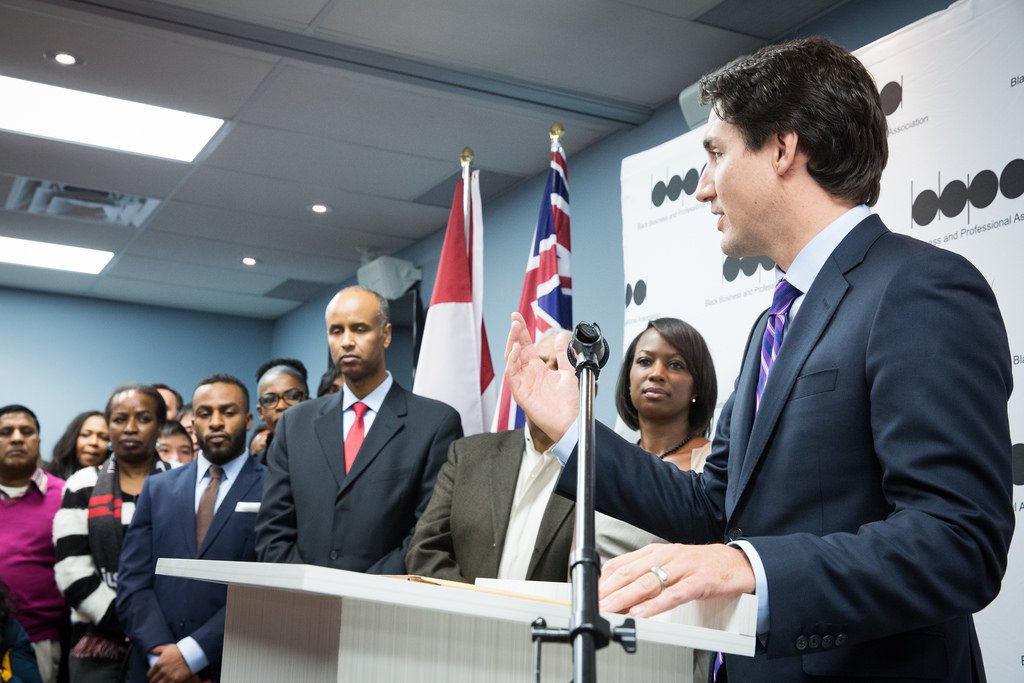 In the wake of President Donald Trump’s assassination of Qassem Soleimani,  head of Iran’s elite Quds military force, much can be learned by paying close attention to the general “vibe” of Canada’s establishment media organizations.

CBC attack Donald Trump. National Post point out the outrage toward the murder, yet neglect to reference any element of the anti-western, anti-Christian, anti-democratic beliefs and behaviour of this Middle Eastern religious supremacist.

Interesting, eh? Funny how Canadian society has made a most dramatic shift in political alliances. An Old Stock Canadian might suppose that government and media believe very few Canadians remain who can recall Canada previous to it’s trans-sition from a true democracy who support other western democracies, into an Islamic-pandering, pro-fundamentalist Middle Eastern religion nation-state.

It wasn’t always this way. Previous to the advent of ex-Liberal Prime Minister, Pierre Trudeau, Canadians would be abhorred to witness John Diefenbaker-– or even Brian Mulroney— suck up to geo-political Islam in this manner.

Clearly, the times they are a’changing. We are living in Justin Trudeau’s “no core identity” Canada now.

Anyone else recall when Canada had an absolute “core identity?” This writer does–it was during the first one hundred years of national existence. Pre- Pierre, our nation maintained  a bi-cultural English & French Canadian identity.

Then, Pierre Trudeau cancelled this. Not by way of a national referendum, or democratic process of any manner. No–he went and did this unilaterally–on his own–with no input or approval from the people of Canada.

In its stead, Pierre forced “Multiculturalism” upon Canadian society. Then , some forty-odd years later, son Justin Trudeau cancelled Canadian identity in its entirety. Suddenly, our country became a post-modern, “no core identity” nation.

What degree of buy-in did King Justin receive from Canadians in this regard? Nothing–not a darn thing–just like when Papa Pierre cancelled our original national identity.

Degree of exposure within media? Nothing, nada, zilch--not a darn word about it. So the father and son tag-team Trudeau are personally responsible for destroying Canadian identity in totality–and CBC say not a single word about it.

CAP Recap: The Trudeau family destroyed our national identity. Post-Pierre Trudeau Canada is a tale of an incremental decimation of English Canada. The ruling Canadian government are siding with Islam over America. The Canadian media cannot bring themselves to condemn Islamic militancy, but they can surely bring themselves to condemn the United States Of America, its ruling government and its President.

Now for the “bad news”– this is the real Canada. What 37.5 million citizens read about in our media regarding all elements expressed within is a lie.

Moment Of Truth: Canada has done a complete political pivot since the Trudeau Globalist Agenda first kicked in upon Pierre’s election in 1968. Since this time, the fading Great White North has been on a one-way political trajectory.

Here it is: From true democracy to “Trudeau-democracy.” In fact, the latter is really not democracy at all. Or if it is, this exists for just one day every four years–federal voting day.

The rest of the time our nation is hi-jacked 24/7. Canada is today a pro-China, pro-Sikh pro-Islamic, anti-Anglophone, anti-Christian and anti-democratic nation.

Media say nothing about this massive social trans-formation. Why not? Because they are being paid by Trudeau(with our tax dollars) to suppress every aspect of what is being expressed within this article.

CAP Conclusion: Canada today is in reality a socialist state. Are you aware of the following?

Zahw was a “high-ranking” member of Egypt’s military when it orchestrated a coup of President Mohamed Morsi’s government in 2013, according to the Canada Border Services Agency (CBSA).

An inadmissibility finding would keep most people out of Canada, but it didn’t stop Zahw and his wife from obtaining valid visitor visas from the Canadian embassy in Egypt.

According to internal government documents obtained by Global News, Canada has a secret program that allows certain “high-profile” foreign nationals who would otherwise be barred from entering the country due to national security concerns, war crimes, human rights violations and organized crime to be granted special “public policy” entry visas so long as it is in Canada’s “national interest.”

So, while Donald Trump knocked off a mass murdering Islamic terrorist general in Iraq, the Liberal Government of Canada are sneaking Islamic generals into Canada.

For CAP, the situation is very much “black and white”-– Islam elevated to the pinnacle of society–protected, indemnified(M103), cuddled, catered to, funded and appeased. Old Stock Canada battered, condemned, branded racist, labelled bigoted, and the like.

Truth is, all Canadians of European Heritage should have an ability to comprehend this binary social dynamic. There is only one reason they do not:

CBC, CTV, Global News, National Post, Toronto Star, Globe & Mail and the rest of Trudeau’s media slaves. When government and media function as a single entity, freedom of speech and information are lost–just as it is in Trudeau family hero-nations of China, Cuba, and the former U.S.S.R.