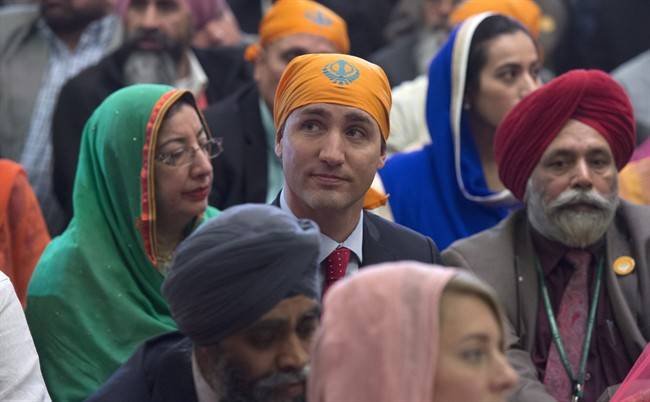 Canada is butting heads with its closest allies over the extent to which rising white supremacy at home and abroad poses a global threat, say federal insiders.

The QUIET but controversial diplomacy has come as Justin Trudeau’s Liberals, gearing up for a federal election campaign this fall, try to portray Conservative Leader Andrew Scheer and his party as soft on white supremacy and so-called alt-right views.

Talk about divisive behaviour. Yes, our world has witnessed outrageous acts based upon concepts of racial supremacy. However, perpetrators on a  worldwide basis are minuscule when compared to Koran-inspired terrorist incidents of recent times.

The Canadian government feel otherwise, or at the very least want to CONVINCE Canadians to feel otherwise. Unfortunately for Trudeau and the Liberals, G7 nation leaders aren’t buying the accusations.

Minister of Foreign Affairs Chrystia Freeland wanted the G7 to issue a joint statement after the mosque shootings that killed 50 people in Christchurch, New Zealand, but “IT DIDN’T END UP GOING OUT because we couldn’t get agreement from all other countries about white supremacy and Islamophobia.”

On Islamophobia and the threat of white nationalism, Canada  tends to be the country that SPEAKS THE MOST about these issues. Why? The number of alleged acts of this nature are minimal in Canada. Therefore, there must be an alternate reason for the vehemence surrounding this issue.

At risk of supporting conspiracy theories, CAP maintain the reason is that Canada is a nation marked for TOTAL OVERHAUL of its culture, values and institutions. A giant, sparsely populated land mass, clean air and water(in the main), relative safety, low level of patriotism(government planned) and dwindling dedication to  Christianity are just a few factors involved.

The ideological leader of the movement is Justin Trudeau. The pragmatic leader– the person who makes it happen by way of government policy– is  Somalian Immigration Minister, Ahmed Hussen. Two major components of the transformation are “Islamophobia” and accusations of white supremacy. As for the latter, both our PM and MP Hussen have pushed the “anglophone as racist” narrative since day one in office. In addition to Mr. Trudeau’s apologies to special interest groups and so-called”minorities”(nothing minor about them in any capacity), as well as the branding of Anglo-Christians as supremacists demonize these communities.

Hence, the vehemence of Minister of Foreign Affairs Christian Freeland as she attempts to push the “whitey as malevolent racist” ticket. It’s simply the Trudeau government way, which is two-pronged in its approach: decimate the economy by way of climate change propaganda and foreign government giveaways, while ideologically disempowering one of Canada’s founding communities. For as long as Trudeau, Hussen, Freeland and the rest are in power they will continue the weakening and decimation of our the largest identifiable community in Canada.