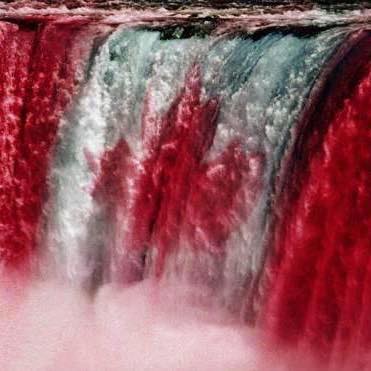 A former two-time Liberal candidate is calling on Leader Justin Trudeau to live up to his pledge for open nomination races unhindered by party insiders after she says she was barred from running.

Wendy Yuan officially announced her intention to run last October. She had been the Liberals’ candidate in the past two federal elections in Vancouver-Kingsway, losing both times.

But at a rally and news conference Monday afternoon, Ms. Yuan alleged former Liberal cabinet minister Raymond Chan had interfered with the committee vetting her candidacy for the new riding of Steveston-Richmond East. She produced a sworn affidavit from a Liberal party member saying that Mr. Chan had promised last May that Ms. Yuan would soon be disqualified. Mr. Chan, who won four elections in the Vancouver suburb, could not be reached for comment.

However, a spokesman for the Liberals denied there was any interference. Olivier Duchesneau denied all of Ms. Yuan’s allegations. In an e-mailed statement, Mr. Duchesneau said that “some serious issues prevented” Ms. Yuan from becoming a candidate.

Instead, he said Joe Peschisolido, a one-term Liberal MP from that area, will be acclaimed at a nomination meeting Tuesday evening. Mr. Peschisolido ran in the 2000 election for the Canadian Alliance party in Richmond and crossed the floor to the Liberals once elected. In the past election, he lost to the Conservative candidate.

In a telephone interview Monday evening, Mr. Peschisolido said he had “no information on” Ms. Yuan’s allegations, instead reiterating that he had been “focusing on building an organization.”

Ms. Yuan appeared before a crowd of about 150 cheering supporters dressed in party red. After a media scrum, she provided reporters with the affidavit.

“Honestly, I think at this point democracy has been rigged,” Ms. Yuan said at the event. “[My supporter] said he had been disgruntled by what was going on, so he had prepared an affidavit with a lot of facts so it’s legal and he said he is willing to help the party to rebuild.”

The affidavit was sworn by Howard Xu, who declined to comment further. But Mr. Duchesneau said although Ms. Yuan had been approved as a candidate in the past, this time she could not get through a revamped vetting process. “In order to be approved as a qualified contestant, each applicant was subject to a robust and rigorous vetting process that includes verification of all claims made on the application,” his statement said.

Mr. Duchesneau would not say exactly why she was not approved.

Ms. Yuan said the party has violated Mr. Trudeau’s pledge to run a transparent nomination process open to any applicants, noting she had been trying to get an official ruling on her candidacy over “the last year or so.”

“I called them, a lot of them, and I don’t have my calls answered,” she said.

She said she is the best candidate because the 3,000 new Liberals she has signed up represent 90 per cent of the party membership in the riding. She would not say whether she would run as an Independent or endorse another party’s candidate if Mr. Trudeau didn’t greenlight her candidacy.

Local Liberal riding association president Peter Xie said he was disappointed with the turn of events. He said the party notified him only on Sunday that the nomination meeting would be held during “rush hour” in a “location that is very remote in the riding.”

“It’s 6 p.m. and less than 48 hours notice,” Mr. Xie said. “For me, it sounds like you don’t want to encourage people to participate.”