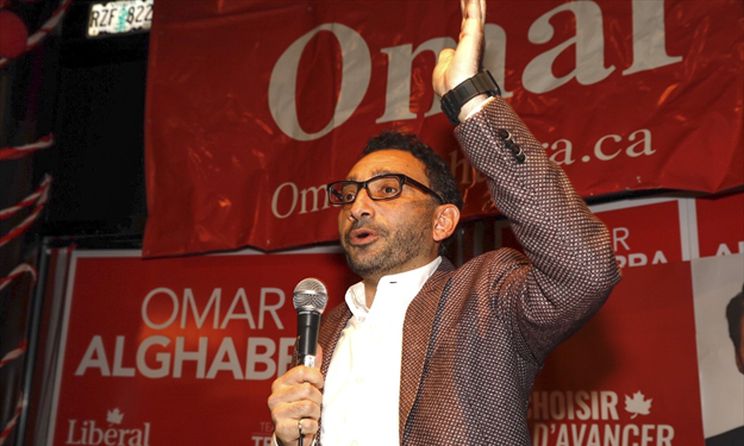 Newly appointed Federal Transport Minister Omar Alghabra says he feels “let down” by Bloc Québécois efforts to taint his past with “dangerous and harmful innuendo.”

Bloc Quebecois leader Yves-François Blanchet said Wednesday that “questions arise” due to the minister’s former role as head of the Canadian Arab Federation.

“It’s really questions about his past …and also the separation of church and state, which is a profound value for the Bloc,“ said spokesman Julien Coulombe-Bonnafous.

In 2009, then-citizenship and immigration minister Jason Kenney opted to cut funding for the Canadian Arab Federation.

Despite accusations and rebuttal regarding three-time MP winner Omar Alghabra, one fact remains: the politician Justin Trudeau recently appointed to Cabinet has a political background filled with dedication to specific religious community-oriented issues.

Unfortunately, the specifics have been set aside by Bloc Leader Yves-Francois Blanchet. CAP will hereby expose a few choice examples:

— In 2007, Omar Alghabra critiqued the Harper government of using security rhetoric to invoke the controversial Anti-Terrorism Act that allowed for preventative arrests and investigative hearings.

— When he was president of the Canadian Arab Federation,, Alghabra denounced Canada’s largest newspaper chain for using the term ‘terrorist’ to describe Muslim terrorist groups.  He said that was a mere “opinion, not a fact.”

–When Yasser Arafat died, Alghabra put out a press release announcing he was mourning for him. At a time when government set up a  up a no-fly list for passengers considered security threats, Alghabra opposed it.

What CAP is driving at is a recurring phenomenon in politics emanating from Canadian multicultural policy. This is when a public figure spends 98% of their career working on behalf of ethnic “special interest” concerns. Upon success, said individual is rewarded with a post such as Omar Alghabra has now received from Prime Minister Justin Trudeau.

This GTA Liberal MP from Mississauga, Ontario is now Federal Minister of Transportation. This portfolio goes well beyond his ethnocentric behaviour previous to his new role. Yet, as a result of singular community myopia, Alghabra is awarded with a federal– meaning nation-wide— portfolio which encompasses all elements of Canada’s pluralist society.

As it happens, Cultural Action Party has pointed this out in the past. In reaction, we were promptly branded a hateful, racist organization by CBC, CTV, Global News, as well as local Vancouver-based media.

What we perceive in situations of this nature is an act of usury regarding multicultural policy. We believed it when we began in 2016, and we believe in regards to Liberal MP Omar Alghabra in 2021.

Simply put–this GTA powerhouse Liberal does not deserve the appointment he has been given by PM Trudeau. The truth is, our prime minister has maintained incredible favouritism toward 3rd World Liberal politicians from day one in office.

“[MP Omar] Alghabra  who received his first ministerial post as part of a cabinet shuffle Tuesday, was reacting to a Bloc release that sought to sow doubt about his association with what it called “the political Islamic movement.”

CAP believe that Canadians–whether white, brown, black or beige–have a right to question the political resume of MP Omar Alghabra.

Exclusive ethno-centrism toward one’s own community should not serve as a foundation for elevation to one of the highest posts within the Canadian government.

How very “Justin Trudeau” this appointment is.