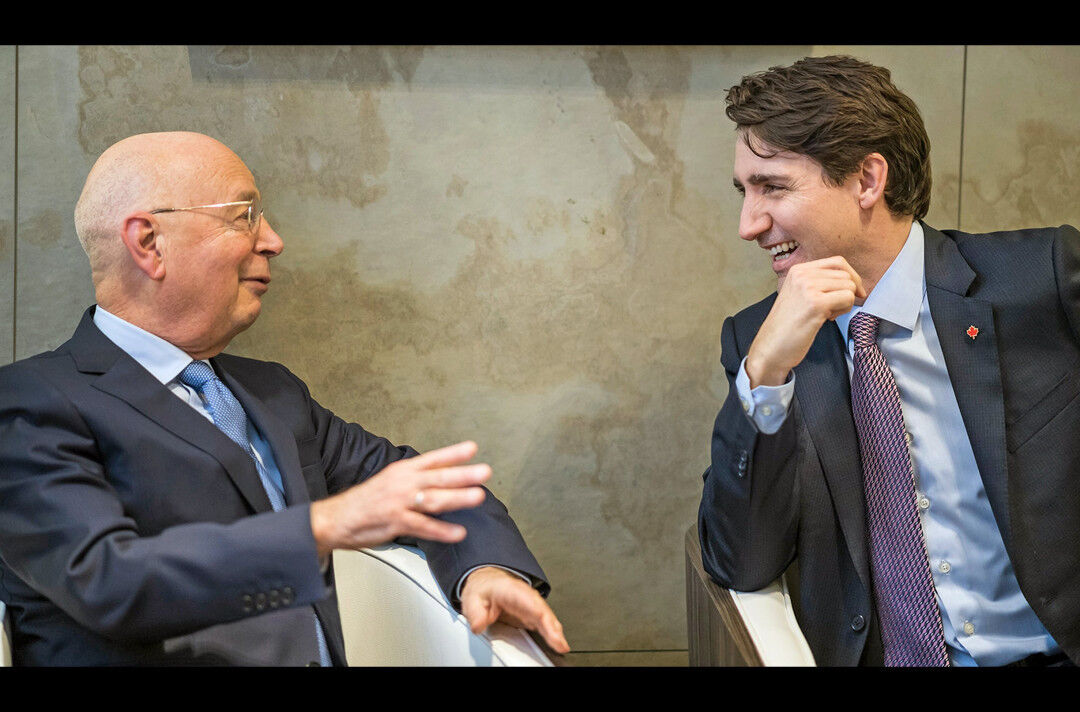 “The federal ethics commissioner’s office was flooded with over 1,000 emails, calls, letters and even faxes this winter from people asking it to investigate a conspiracy theory claiming some parliamentarians and Finance Minister Chrystia Freeland are beholden to the World Economic Forum.”

A conspiracy theory assume Justin Trudeau’s media mongers. Back in the day, mainstream media presented the daily news. In 2021, our press present right and wrong, truth and falsehood, correctness and political incorrectness. CBC and corporate media are today the arbitrators of morality. What a difference a few decades make.

Upon which Cultural Action Party pose a question. If the number wasn’t 1000, but rather 100,000, would media hold the same position? Likely, they would. It’s what they are being paid to do– maintain the pseudo-dictatorship of the Trudeau government come hell or high water.

“In February and March 2022, the Office received over 1,000 requests from members of the public asking the Commissioner to investigate the participation of Members and ministers in the World Economic Forum,” as stated in the Office of the Conflict of Interest and Ethics Commissioner’s annual report.

The document notes that the requests “did not provide sufficient evidence to warrant an investigation.”

Isn’t that the shock of the century? If the number was 1,000,000 would an investigation be warranted?  Of course not. These are requests from the general public. Canadian-born citizens may recall a time when “the people” could make “a difference.” Those days are long gone.

“The CIEC is just the latest government institution to see its email and phone lines flooded with people driven by “misinformation” or conspiracy theories demanding impossible action such as dissolving government or removing members of Parliament from their posts.”

So other branches of government have been receiving similar requests. What a revelation. To be followed by the thought that every government institution in the country could be inundated with such requests, and it wouldn’t make a speck of difference.

Why not? Because government and media have branded all dissent from government positioning “misinformation.” It’s like something out of George Orwell’s “1984” and the Ministry of Truth:

Let us ponder this for a moment. CAP wonder if the following will resonate with readers:

An inversion of reality it is. Let’s hear it for “War is Peace.” Out of the dynamic we come to a realization. “1984” speaks to systemic mechanization of society. One in which government control all aspects of the nation– inclusive of the thoughts of its citizens. It is achieved through dissemination of propaganda.

Ringing any bells, fellow patriots? The National Post does not know the degree to which the World Economic Forum has penetrated the Liberal government of Canada. They print what the Liberals instruct them to print:

“The conspiracy theory claims that WEF’s influence extends to the Canadian government and that it controls the Trudeau Liberal government — and even the prime minister directly.”

A complete bald-faced lie is it?

“What we are very proud of now is the young generation like Prime Minister (Justin) Trudeau. Yesterday I was at a reception for Trudeau and I know that half of his cabinet, or even more than half, are Young Global Leaders.”

The group of Young Global Leaders consists of 800 people chosen by the WEF organizers as being representative of contemporary leadership, coming from all regions of the world and representing all stakeholders in society. After five years of participation they are considered alumni.

Articles on the WEF website outline its organizational policies. Justin Trudeau and the Liberals have been advocates of every initiative they offer. Climate Change, Digital ID, LGBT, Zero Carbon Footprint, and of course, the Covid Pandemic. For nearly seven years PM Justin Trudeau has pushed every WEF initiative with an unprecedented degree of fanaticism.

But of course, there’s no connection between the Liberals and WEF. Only fools and non-university graduates would believe such a thing.

“There will only be more of these kinds of campaigns if authorities and governments across the world don’t seriously begin to address the rampant spread of disinformation and misinformation online.”

Translation: at the core of these issues is racism. How typical. Or rather, how strategic. This is our Canada. Witness as personal freedoms fall to a new Canadian order. Not only do government want to control citizen behaviour. They are presently hard at work to control our thinking.

All of it breaking down to a common theme: the loss of individual liberty, and its replacement with authoritarianism of which George Orwell described in his classic works on communist governance.