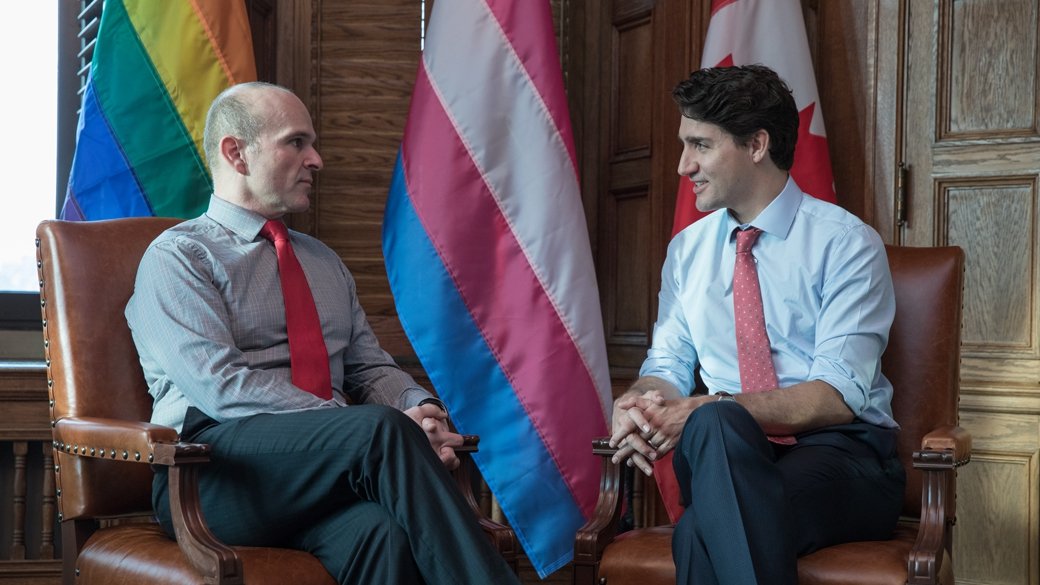 It’s totalitarian time in Canada. Hostile, outside forces can now enter  your home to usurp parental authority. Courts are forbidding Canadians from parenting our children. And, worse still, threatening to punish parents  if they dare try.

As reported by PJ Media, “Last month, the Supreme Court of British Columbia issued an order that a father may not refer to his 14-year-old daughter  as a girl or by her original name, whether in public or IN PRIVATE. Doing so has been ruled to constitute ‘family violence’ because Maxine identifies as a boy. According to a  protection order, police may immediately ARREST Clark if they suspect he violated this Orwellian order.

What has the former Great White North become? How positively Orwellian this situation is. The child is 14-years old–barely the age when a person begins to understand human sexuality. These bizarre situations would not exist if it were not for Canada’s powerful LGBT lobby.

In 2016, MP Randy Boissonnault  was appointed by Justin Trudeau to a new role as Special Advisor to the Prime Minister on LGBTQ2 Issues. Since that time, Boissonnault has not said a SINGLE WORD regarding the child sex-change epidemic in Canada. Nor has he or government advanced a single idea which DETRACTS from the disturbing area of sex change hormone therapy for children, or anyone else.

Studies show these hormone therapies increase chances of heart-attack and stroke. The drugs are NOT APPROVED by the FDA for use in hormone therapy. They are approved as drugs used to fight cancer. Thousands upon thousands of those who go through sex-change therapy deeply regret doing so– to the degree a popular website exists dedicated to the topic of sex change regret.

In the meantime, establishment media in Canada overlook the ENTIRE downside of sex change for children. No one writes about. Not Christine Blatchford, Margaret Wente or any other major journalist. There was a case in Saskatchewan where  a “mother” put BOTH her adopted sons through the therapy process.  One of them was 8 years of age at the time. She then proceeded to sue the provincial government for refusing to change the children’s gender on birth certificates.

What hath political correctness wrought? For Cultural Action Party of Canada, it has brought a disgraceful trend to society– transgenderism for children. The program is backed by the Canadian public school system in the form of a program called SOGI–standing for sexual orientation and gender identity.

Yet, incredibly, the push-back from sensible parents is minimal. There are, however, activists groups working to expose and stop these foul practices. They are met with the hostility and condescension typical of  the transgender industry.

The time has come to expose and prevent the abuse of children by way of sex-change therapy for children. Canada must establish a minimum age requirement for these questionable procedures–and fast.