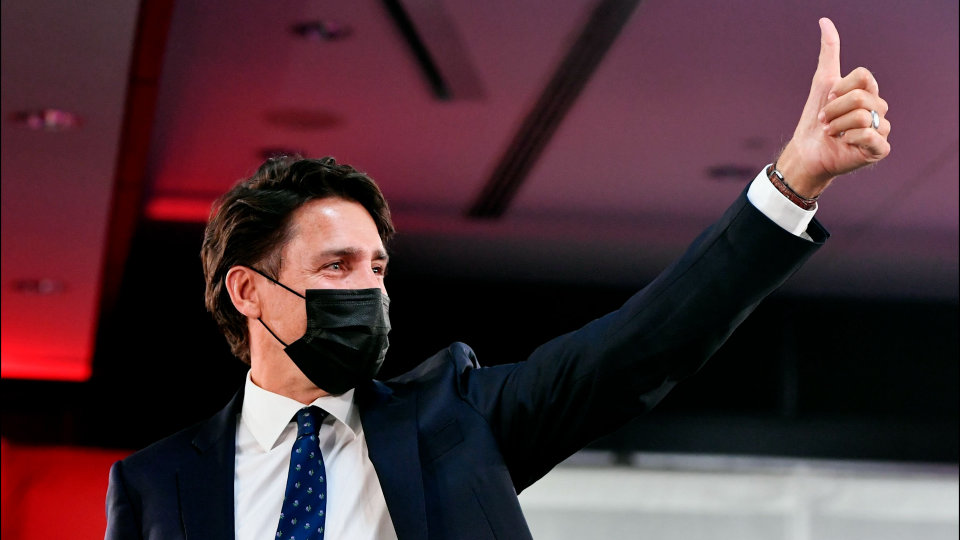 The Prime Minister’s Office declined to clarify remarks by Justin Trudeau which equate “left-wing extremist groups with white supremacist groups.” Trudeau suggested that “both sides are spreading hatred, fear and mistrust” in Canada, and other democratic societies around the world.

In his opinion, Mr. Trudeau is alone. Not that it will amount to a hill of beans. It’s not as if mainstream media will expose the faux pas.

Nor will they deal with what is a fundamental of the ethnicity debate. For people like Justin Trudeau, to even question topics such as immigration, multiculturalism and diversity is an act of “white supremacy.”

It is nothing more than a method to shut down open debate. Within Woke society, the “race-card” exists a political weapon. Apart from a tiny fringe group of militants, no one is looking to reign supreme.  Rather, they see woke liberalism as a worrisome vehicle designed to attain political power.

The vehemence by which diversity is espoused by government, media and academia is disconcerting to “Old Stock” Canadians. We wonder about its limits. Could this movement develop to the point of community inversion? Will white Canadians one day find themselves in a social category once held by racialized citizens?

Is the entire agenda in reality a form of punitive pay-back? These are fears– not a bid for supremacy. The average Anglophone would need to have a screw loose to believe their future holds even an iota of ethnic supremacy. This is not the direction Canada is heading in–not by a long-shot.

Yet, to even question the didactic nature of government-media-academia alignment on ethnic relations is an act of racism. This is, in reality, a giant trap.

“The PMO declined to identify which “far-left” groups Trudeau had in mind or name a single left-wing group in Canada that matched that description.”

CAP can see why– there are none.

Trudeau then offered an unusual explanation for the source of “white supremacy and hatred on social media platforms, suggesting these ideas are in fact being pushed by extremist groups on the far-right and the far-left.”

What a loaded agenda this is. There is so much more to this statement it would make a common-sense Canadian’s head spin.

Justin Trudeau wants to censor the internet, and the race-card is his vehicle to succeed. Beneath the surface, the motivation comes down to the almighty dollar. Social media has bitten a massive chunk out of mainstream media revenues. The sanitization of social media will drive revenues back to establishment media organizations.

Why is Trudeau pushing this? Because in 2021 society, government and media  together rule our nation. This is post-modern Canada personified. Media moan to government about decreasing revenues, government respond with hundreds of millions.

For those who believe this involves sending a few post-dated checks to CBC and Toronto Star, kindly think again.

A disclosure of Trudeau government funded media outlets includes a count of nearly 1500 media companies. Major market, small market, every business niche under the sun. The influence is therefore ubiquitous. No wonder media write what government want them to.

Cultural Action Party believe an incredible paradox lies at the heart of this social phenomenon.  We think Justin Trudeau has done more to exacerbate racism in Canada than any political figure in history.

Blatant favouritism toward 3rd World communities. Condemnations of white Canadians as racists and bigots. A suppression of alternate opinion. When was the last time you recall a publicized debate between what Trudeau calls the far-left and far-right?

The answer is never. A complete shut-down it is. No voice, no representation. Nothing but sitting on the sidelines while government and media bash away at our communities. On such a basis, what sensible Canadian wouldn’t  filled with frustration?

Every bit of it swept under the rug by the powers that be. In truth, Anglophones have no vision for ethnic supremacy in Canada. As it stands, their communities will be lucky if their future includes social equality. By way of Justin Trudeau, racism is not a social condition– it is a political weapon.