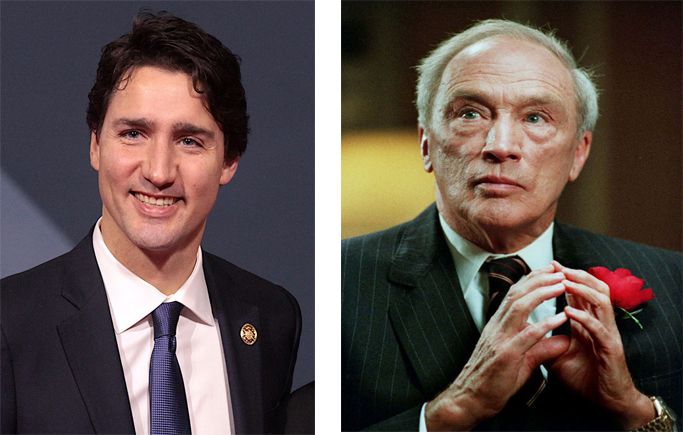 How often it is that media report on abusive relationships occurring within society. Cases of physical abuse, psychological abuse, as well as abuse of a sexual nature have been front-and centre within media for decades.

Other forms, not so much. One in particular has nagged at Cultural Action Party for a number of years. Here we are speaking of Prime Minister Justin Trudeau’s abuse of specific communities within Canada’s pluralist society.

Justin Trudeau is a highly selective national leader. In an act of social inversion, new arrivals to Canada are top priority, while the Canadian-born– often referred to as “Old Stock” citizens– have been transitioned to second class status.

Not that one would discover this inversion by way of establishment media. In a case of extreme irony, media powers fully support Trudeau’s community inversion. How odd this is– seeing as 90% of media power-players in Canada are, in fact, Old Stock Canadians.

Curious, isn’t it? The very reason why the entire dynamic is being hidden from the consciousness of 38 millions citizens. What we have here is a form of organized malevolence– the running down of identifiable communities by government.

There are two in particular, with an overlap between them– Canadians of European heritage, and Christian-Canadians. This flies directly in the face of accepted social beliefs. Within the world of Woke Liberalism, it is Anglo-Canadians who are the oppressors, and everyone else is the victim.

CAP say hogwash to this. What is actually occurring is a consolidation of former “outsider” communities into a political powerhouse. Their pied piper is Justin Trudeau.  Together, they are making phenomenal progress.

Old Stock Canadians are racist. “Systemic racism” is their game, and this cannot continue. The question CAP pose at this point is simple in nature:

Is the goal of the anti-Anglo movement one of social equality? Or rather is the unspoken objective to replace these communities as post-modern rulers of society?

For CAP’s money, no finer example of such a phenomenon can be found than  within the pages of writer George Orwell’s novel, “Animal Farm.” As an allegory for communist takeover, the animals rid the premises of the human master of the farm. Over time, the pigs replace the farmer, participating in all the human-like transgressions the owner previously indulged in. As they begin to wear clothes, drink alcohol and sleep on beds, the pigs end up replicating the power and control once held by the farmer.

This, folks, is what CAP see in the concept of Canadian multiculturalism. The goal is not equality– the goal is the usurping of power. The underlying theme of Animal Farm deals with communist ideology. Likewise for Justin Trudeau’s agenda for our country. The hidden agenda is one of incremental transition from democracy to dictatorship.

In order to accomplish such a task without general society rebelling, two elements must exist. Firstly, as mentioned, it must be incremental in nature. Too much at once time will alarm the Canadian public, and stimulate potential rioting in the streets.

The other essential service is coordination between government and media. This is all sewn up at present. Step-by-step, the Great Reset agenda is unfolding upon Canadian soil. Universal Basic Income is socialist in nature. As buried by media, immigration policy is resulting in a permanent lock on governance for Trudeau’s Liberals. The examples are, in fact, endless– but only if one looks beyond the presentation of mainstream media.

One commonality among nations which have transitioned to dictatorships on an historical basis must be noted–they all include a targeted nemesis community.

It is here we find the purpose of Justin Trudeau’s alienation of Old Stock Canadians. Based upon his progress, CAP predict Anglophones will transition to a second class community at approximately the same time democracy in Canada comes to an end.