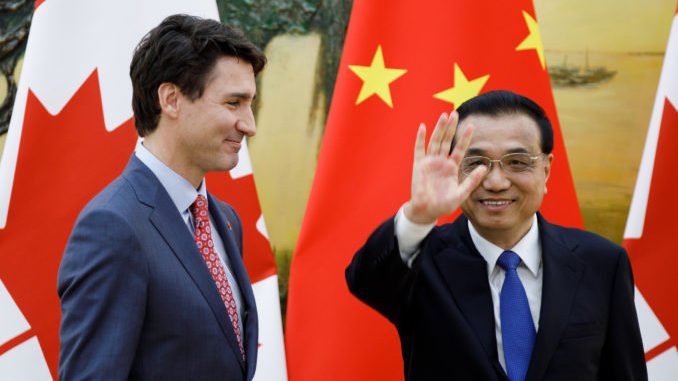 Clive Hamilton, professor of public ethics at Canberra’s Charles Sturt University, claims the influence of the Chinese Communist Party in EVEN HIGHER in Canada than in his native Australia.

And why not? Ever since Pierre Trudeau opened the door for China to get its geo-political hooks into Canada, a covert agenda of political, economic and social influence has gone on largely undetected. Why would this be? One reason is because media NEVER INFORMED Canadians of what has been occurring. How many Canadians have heard of the Canada-China Business Council? Five?  This organization was established by Pierre Trudeau and the powerful Desmarais billionaire family of Quebec. Did you know? Son Justin Trudeau appointed a FORMER HEAD of the CCBC as leader of  group of “independent” Senators. All in the family, it does appear.

As it happens, there are many Chinese-Canadians who would like to BLOW THE WHISTLE on the whole affair. Yet, there are SEVERE CONSEQUENCES for those who dare to do so. And this is not only the way China’s government does business, it has also become the TRUDEAU WAY–muzzling dissidents in the same manner Justin is attempting to gag Canadians who speak out against the socialist brand of tyranny currently permeating society.

The Trudeau family– Pierre, Justin and communist brother Alexandre have all expressed admiration for communist China and former despot Chairman Mao Tse Tung. Clearly, their admiration goes as far as emulating the tyrannical methodologies of China’s ONE-PARTY ruling government– a style of government Justin Trudeau would gladly emulate– if he could.