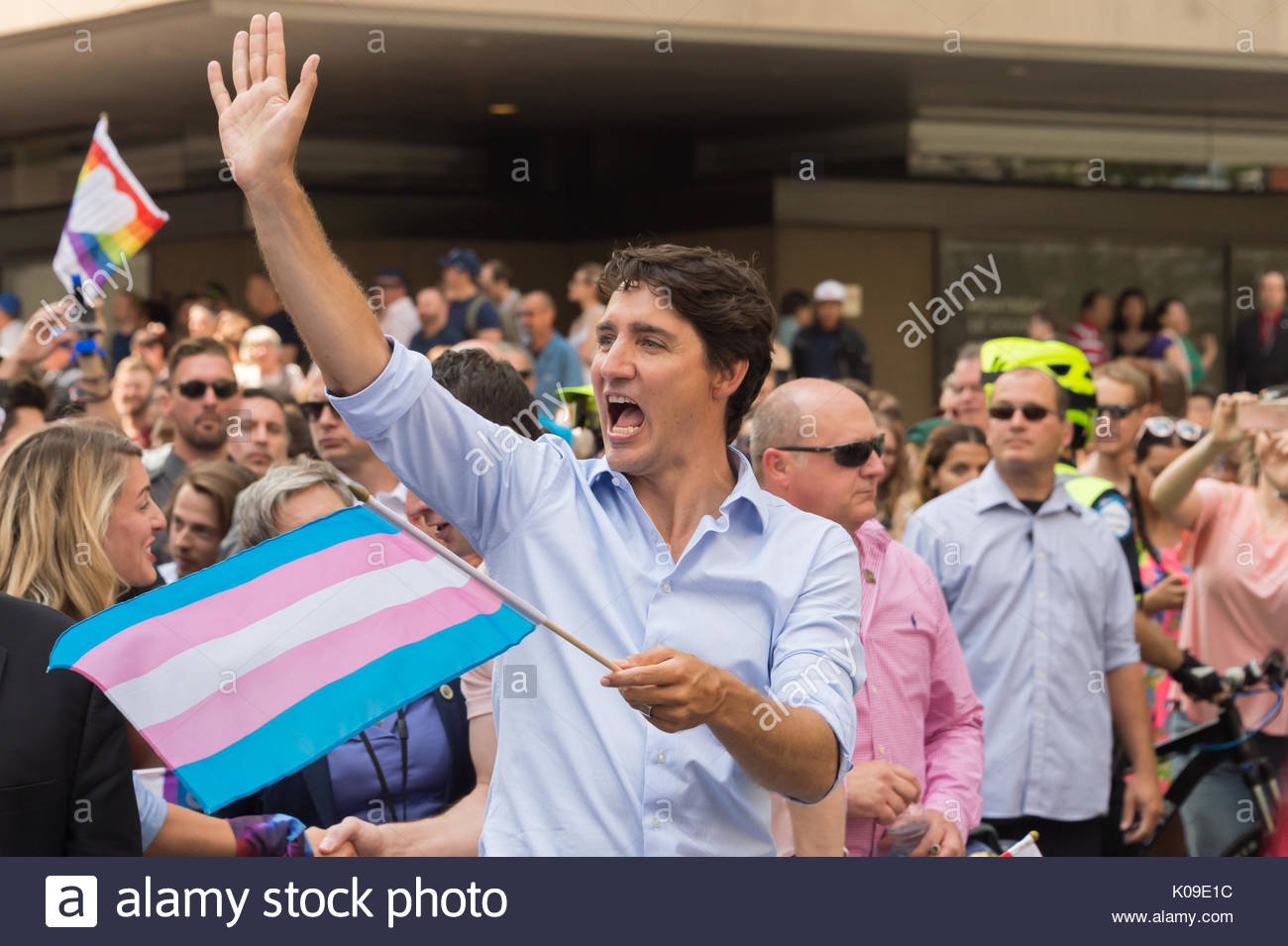 The regional council of Friuli Venezia Giulia in Italy has approved a motion which calls on the national government to prohibit the use of hormone-blocking prescription drugs used in so-called ‘gender reassignment treatment’ for gender-confused children.

These drugs prevent normal sexual development in adolescents. The council’s motion clearly states that “puberty is not a disease” and therefore shouldn’t be prevented with medications or surgery that can produce irreversible effects. The motion also mentions the long-term negative effects of drugs containing the hormone-altering chemical triptorelin. Some people using triptorelin have had new or worsening mental problems or seizures(convulsions).

Sounds perfect for injecting into the body of a 13-year-old child, doesn’t it? Yet, incredibly, the Trudeau-appointed Minister For LGBT, Randy Bissionault, has yet to issue a SINGLE statement which contains any mention of a downside, warning, or caution regarding sex change hormone therapy for Canadian children WHY?

Isn’t this man’s job to protect the health and welfare of Canadians– homosexuals and trangendered in particular. Why  doesn’t he do it? Why is this person’s portfolio limited to advancing and promoting transgenderism for Canadians of ANY age.  Does this Bissionault character really believe that mastectomies for teenage girls is just fine and dandy?

In Italy, people feel differently. One reason for this is their nation is not under Liberal-Globalist lock-down like Canada is. Within Trudeau’s post-modern Canada, political correctness trumps child abuse. Not good.

Back to the Hormone drug Triptorelin: Common side effects include:

Sounds like a rockin’ good time to CAP.  Randy Bissionault is a Liberal-Globalist, therefore he will take no action on the under-the-radar world of sex change for children. What about our medical professionals? Doctors, nurses, health care authorities– all these people behave like Bissionault— they do nothing and SAY nothing while the illicit transgender industry continues to recruit children for sex change operations by way of “Drag Queen Story Hour” Strange, eh

“We express opposition to the use of this drug,” while adding that there hasn’t been enough clinical studies, “especially regarding the possible long-term negative effects and why blocking puberty pharmacologically could cause a misalignment in [adolescent]physical and COGNITIVE development.”

Bordin argued that the motion is not an “ideological position but a proposal of COMMON SENSE  in the exclusive interest of the health of children throughout Italy.”

Common sense? Don’t make CAP laugh. There is no such thing within the Liberal government, or for its leader Justin Trudeau. Rather, in their stead, we find propaganda, media spins, deception, subjectivity and vitriol toward ANYONE who stands in opposition to the Liberal-Globalist agenda.

Trudeau’s agenda involves a  TRANS-istion away from true democracy and freedom of speech, and toward the pseudo-totalitarian society the Liberal government are cooking up for us as we speak.

Therefore, those who dare to stand up to the hyper-sanctimonious LGBT industry are branded bigots and racists. Regardless of whether or not what is being presented is based  upon fact, science or medical studies, if you even question transgenderism, you are a homophobe.

It never fails to amaze us how this behaviour is exactly the same regarding criticism of any aspect of Islamic faith. Why is it that two divergent communities share an identical social dynamic in this regard. Why?

CAP theory: The lock-down on questioning the LGBT and Islamic communities is rooted in the fact that both have received the “stamp of approval” from the United Nations, George Soros’ Open Society Foundation, international banking, and other nefarious globalist institutions.

What does this accomplish? One thing is the erosion of Christianity within western liberal democracies. Islamic immigration covers this off. Another is the sterilization of Canadian males. Along with abortion, this is cutting down on the number of births in a major way. In Canada, the cutting down mainly applies to Anglophones. Sikhs and Muslims, especially new arrivals, do not engage in the sexual sterilization of their children.

The American College of Pediatricians has also released statements warning the surgeon general of the U.S. that hormones and surgery harm gender-confused children. The ACP referenced warnings issued by the U.K.’s Royal College of General Practitioners which notes that the long-term side effects of these procedures haven’t been subjected to enough medical research.

Not that the LGBT crowd care about trivialities such as long-term side effects, or medical research. What really matters is screaming in someone’s ear when they oppose the removal of a 14-year-olds private parts.

It is time for the sex change for children industry to COME OUT OF THE CLOSET. As a society, and as parents, we should be screaming to the high heavens about this. After all, at this stage of the game, parents are all we have.

For them, its “open season” as our children are pushed toward transgenderism– a state of being which in time many come to regret.