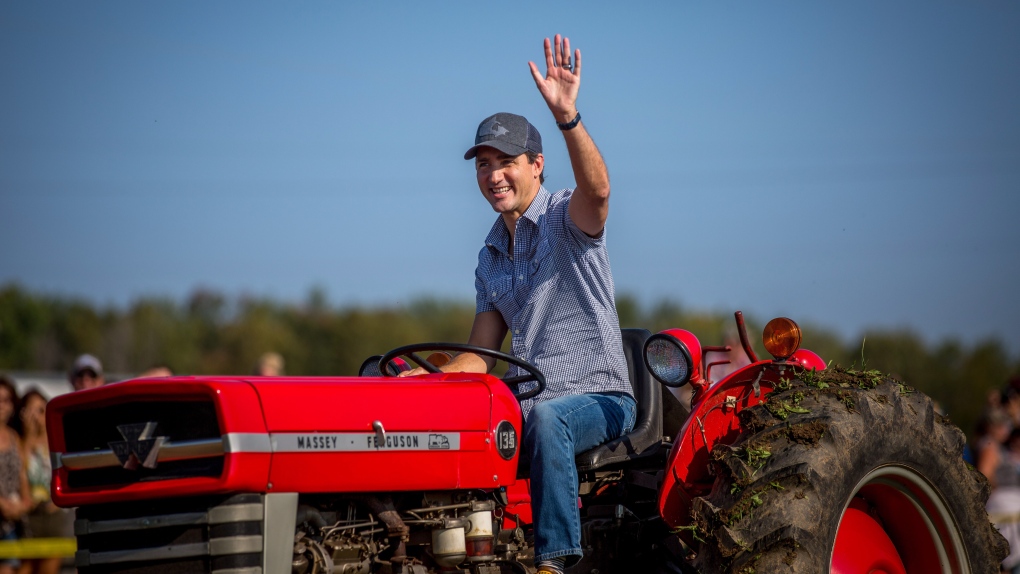 In a general sense, the word “attack” indicates a form of organized warfare directed toward a particular entity. In most cases, attacks are something one perpetrates toward an enemy.

In Canada, attacks are what our prime minister advanced towards the people of his own country. Not all, mind you. The assaults are part of what has developed into a social dichotomy. PM Justin continuously praises specific segments of society– LGBT, Transgendered, Sikhs, Muslims. At the same time, our Old Stock communities are corralled like cattle into a collection of racists and homophobes.

In particular, Mr. Trudeau has it in for working class Canadians. Perhaps it’s because he has never been one. Then again, it could be part of a larger plot unfolding within society.

Justin Trudeau does not like truckers. He considers them racist trouble-makers. The PM certainly does not like oil industry workers. Since day one, his modus operandi has been erosion of oil production, particularly in the province of Alberta.

Now it turns out he doesn’t think much of farmers either. While new immigrants, refugees, and homosexuals flavour Trudeau’s soy latte, working class Canadians remain a personal nemesis.

“The world is looking for Canada to increase production and be a solution to global food shortages. The Federal government needs to display that they understand this,” Alberta minister Nate Horner said.

The world can hold its breath until the cows come home on an Alberta beef farm. Nothing will change. When it comes to policy directed toward our PM from on-high, nothing ever does. Climate change is a pathway toward absolute control of a society. As a globalist force, it’s powerful enough to transform democracies to dictatorships.

This is exactly what is occurring as we speak. In the name of climate change, government can do whatever they please.

In Canada, government’s political gift to 38 million citizens is singular: each person is permitted to vote in a federal election once every four years. Once elected, voters have no say in government policy, and retain no ability to remove a prime minister.

“Provinces were disappointed by the lack of flexibility and consultation regarding the federal target,” said Ontario’s Lisa Thompson.

Astute Canadians are not surprised by the Feds “lack of flexibility.”

It is truly amazing how blind some people can be. Justin Trudeau’s Liberalism has reached cult-like proportions. In 2022, Liberalism is more akin to fundamentalist religion.

Minister of Agriculture Marie-Claude Bibeau  commented that the farmers would embrace government’s target: “I’m meeting with many farmers in the field. I know how much they care for the environment and how much they invest in new practices and new technologies to reduce their emissions as much as possible.”

Amazing, isn’t it? Turns out Canadian farmers want the same thing as the Liberals.  How convenient that is. Apart from the fact that it’s a stone-cold lie, it sounds pretty good.

All of this conjuring up a perfect word for the occasion: sacrifice. Team Trudeau want oil workers to sacrifice themselves for the good of the environment. Likewise for farmers.

“Together, we must face the responsibilities which come with maintaining a clean, carbon-free environment, even when it means sacrificing quality of life” is the basic pitch.

“Climate action can’t wait. Since 2015, Canada has been a committed partner in the fight against climate change, and as we move to a net-zero future, we will continue to do our part to cut pollution and build a cleaner future for everyone.”

Meanwhile, our PM has flown somewhere in the area of 400,000 kilometres in private jets over the past six-years. As reported by the National Post, Mr. Trudeau has flown nearly 128,000 km in the past 10 months.

No sacrifice required on the part of the PM. What an arrogant person he is. Only a puffed-up, self-important tyrant behaves like this. Media have not a problem with his hypocrisy.

“Four hundred bottles of wine on the plane. Federal politicians have access to limitless alcohol on government flights.

“During Prime Minister Justin Trudeau’s week-long official trip to China last December, more than $2,200 worth of alcohol — 121 bottles of wine and 241 cans of beer — was consumed on flights.

It’s the kind of privilege one discovers within authoritarian states. Is this what Canada has become behind the backs of 38 million citizens? While farming costs escalate as justified by climate change policy, Justin Trudeau burns major fossil fuels while swilling expensive wine on his way to China.

There is something very wrong about this. Which becomes unbearable upon realizing that Canadian media have nothing to say in the way of criticism.

Trudeau’s Liberals have announced a goal of a 50 percent reduction in emissions from fertilizer, a major producer of nitrous oxide, over the next eight years.

They may as well slam their heads against a barn door. When it comes to Canada’s re-invention as a socialist state, nothing will knock the communist ship off its course.

Justin Trudeau has waged war against his own country since the day he became PM in 2015. This man doesn’t like our country very much, and in particular, maintains an innate hatred toward working class Canadians.