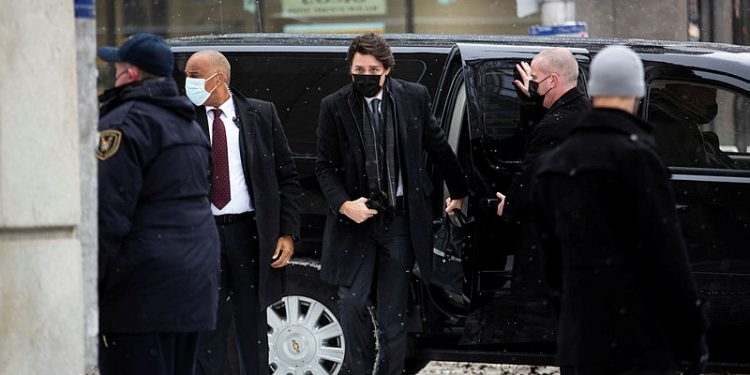 Prime Minister Justin Trudeau has escaped so many scandals he qualifies as the Harry Houdini of Canadian politics. No matter the quantity or magnitude of the investigations, Mr. Trudeau remains the Rock of Gibraltar of prime ministers.

Last week, the opposition Conservative Party requested that the RCMP reopen a probe into Trudeau’s 2016 Aga Khan vacation. Naturally, they are wasting their time. In terms of investigations into misconduct, a consistent theme emerges: Canada’s prime minister has been classified an “untouchable.”

A recent enquiry into our federal government’s invocation of the Emergencies Act sets the tone. Demanded by law to occur within 60 days of lifting the Act, the inquiry is a testament to Liberal Party cronyism.

Justin Trudeau has placed Liberal Party donor Paul S. Rouleau in charge of going through the motions to clear the Liberals of wrong-doing. Esteemed journalist Rex Murphy referred to the investigation as a “farce of an inquiry.”

We pivot to what is known as the “Winnipeg-Wuhan Covid Scandal.” For two years, Conservatives have hounded the Liberals to give up the goods on a shipment of pathogens from a Winnipeg lab to Wuhan, China. The incident involves the firing of two Chinese nationals, who have since disappeared. The inquiry calls for exposure of documents related to the pathogen transfer of deadly Ebola and Henipah viruses to the Wuhan Institute in March, 2019. More than two years later, not a shred of progress has been made.

Throughout the time period, there has been whispering in the wings of a tangible connection to the PMO. As there has been regarding the murders of Barry & Honey Sherman. In this case, over five years have passed, and not a single suspect has been identified.

At the time of the murders on December 15th, 2017, Barry Sherman was under investigation by the Federal Government Lobbying Commission. Central to the case was a Liberal party fundraiser at the Sherman home in August, 2015. The guest of honour was Justin Trudeau, who has recently become Liberal candidate for prime minister.

Other cases flesh out our theory. WE Charity. Jody Wilson Raybould. SNC Lavalin. In each situation, incriminating accusations have been made toward PM Trudeau. In each case, all evidence was tossed aside to enable Trudeau to remain prime minister.

Three strikes and you’re out? Mr. Trudeau has hit ethics violations statistics out of the park. In every case, the Ethics Commissioner cleared him of culpability.

What gives? One could argue there are two types who can accomplish such a feat: Marvel Comic Superheroes, and Totalitarian Dictators. While Trudeau and his Bollywood outfits reduced him to a cartoon figure on many occasions, CAP go with the latter.

Seems that nothing can bring Trudeau down from his neo-dictatorial perch. Those with insight may draw a reasonable conclusion: there is something entirely unnatural about these circumstances.

The immediate observation is that Justin Trudeau rules Canada in the same capacity as do dictators in communist nations. Such affinities suggest that Trudeau was selected for the role of prime minister. On this basis, he would have been groomed for the position. Once in office, he became omnipotent.

A more pronounced transition in relations between the PM and the people cannot be found. In the beginning, promises of “sunny ways,” government transparency, and electoral reform flavoured government idealism.

Today, Canadians stand witness to silent ways, frozen bank accounts, and jail time for protesters. At present, Trudeau has zero relationship with the public– a condition common to all dictatorships. Degree to which media articulate the transition? Try zero percent.

What an oddity it is. An article this week in the Hill Times speaks to the issue:

The article informs readers that Trudeau’s Liberal Cabinet maintain the least transparent policies of any western government. Getting the picture, are we?

Not really. Certainly not in a manner commensurate with our nation’s transformation to a neo-dictatorial society. Now for the bad news: they’ve only just begun. All signs point to a continual clamp-down on individual freedoms and erosion of democratic governance.

To solidify the process, we turn to the “next big thing.” A recent Western Standard News article speaks to the future of society:

As obscured by mainstream media, Justin Trudeau has positioned Canada as an early adopter of Digital ID. Positioned as a benefit to people-kind, the technology enables government to track personal activities of citizens. Based on degree of cooperation with government, citizens receive a “social credit” score. The program was originated in communist China.

The global leader of Digital ID is the World Economic Forum. PM Trudeau is a WEF member. CEO Klaus Schwab recently heaped praise on Trudeau for his evangelism related to WEF global policy.

Could this be the source of Justin Trudeau’s indemnification from all scandal? Can it be that rather than elected, Trudeau was selected for his role? And as long as he advances WEF policy, he cannot be removed from office under any circumstance?

Does Justin Trudeau as prime minister of Canada qualify as the hood-winking of the century?