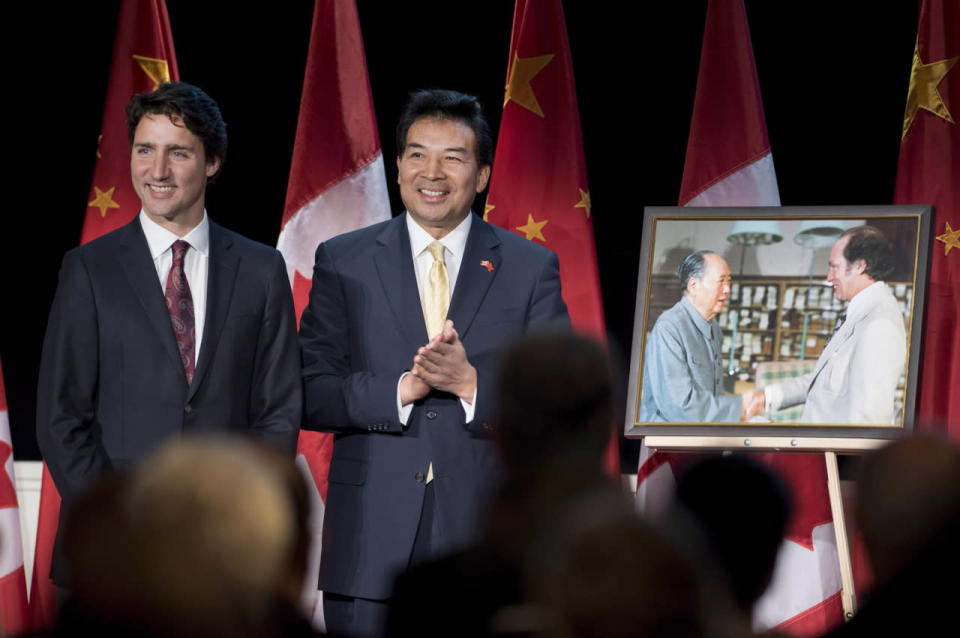 Canada’s national library, billing itself as “custodian of our distant past and recent history,” recently deleted a history of prime ministers from its website. Archivists have labelled it “outdated and redundant.”

According to the National Post, this “tackled the history of figures such as Egerton Ryerson, Hector-Louis Langevin and Sir John A. Macdonald, [which]came in the wake of reports that hundreds of unmarked graves had been discovered at former residential schools.”

Again and again, Canadian media deliver facts, but never offer ideas on the purpose of such decisions. The residential school discoveries are a prime example. While responsibility has been monolithically applied to the Catholic church(government being equally if not more responsible), no one in media speaks of a spin-off effect:

Christianity is under attack in Canada. This we witness in law enforcement’s exclusive crackdown on Christian churches via the Covid pandemic. No one in media has batted an eyelash over the fact that non-Christian communities are exempt from pandemic crackdowns. Are Canadians to believe that, for example, Sikh and Muslim houses of worship have abstained from conducting religious services during the entire term of the pandemic?

Then came the residential school discoveries. To be followed by thirty churches being burnt to the ground. PM Trudeau called the burnings “understandable.” So too did advisor Gerald Butts. NDP leader Jagmeet Singh remained silent–if an issue doesn’t involve the persecution of 3rd World Canadians, he couldn’t care less.

Harsha Walia, executive director of the B.C. Civil Liberties Association, said to “burn it all down” after Vice World News reported that two Catholic churches had been torched.

Calls for her resignation? Zero on the richter scale. Talk of hate crime charges? Nothing at all. Imagine the fall-out from a public call to burn down non-Christian houses of worship. The outcry would tear the roof off the House of Commons.

No political leader or media figure has alluded to a basic truth: the by-product of all these social developments is an assault upon the Christian faith. A good reason for the silence is found in a basic fact: Christianity represents our nation’s past. Canada’s founding and subsequent history is indelibly connected to the church.

So let’s erase it. Add to this myriad symbols of historical Canadian identity:

“A search on the Library and Archives Canada website now yields an error page, and a news release entitled “spring cleaning” explains that the feature, called First Among Equals, has now been removed, along with a handful of other historical records.”

As advanced by the Woke Revolution— government, media and academia being its facilitators — this is called “equality.” As advanced by Cultural Action Party, it is called communism.

“A people without the knowledge of their past history, origin and culture is like a tree without roots”

And what happens to a tree without roots? It dies–the exact plan now in place for Canadian society.

The foundation of our country is under attack. Society is being systemically weakened. Under the quasi-communist rule of Justin Trudeau, Canada has been railroaded into a state of self-loathing. Our historical identity being erased as we speak.

All signs of a form of a “silent revolution”-– to borrow a term from Chairman Mao Tse Tung. Speaking of which, the government of China has now joined our local community of anti-colonial Canada-haters:

On July 7th, 2021, the government of  China ““urged the United Nations Human Rights Council to carry out a thorough and impartial investigation into Canada’s treatment of its Indigenous people, after the remains of hundreds of children were found in unmarked graves at two former residential schools in British Columbia and Saskatchewan.”

My, my–what a formidable line-up we have in a coordinated attack on Canadian identity, culture and heritage:

And still sensible Canadians are to believe there is no coordinated agenda of attack in place?  Are you telling CAP that this entire political and social dynamic is one GIANT coincidence? That this agenda is devoid of strategy, and lacks any form of ultimate goal or purpose?

Here it is: our country is being systemically transitioned from a democracy to a dictatorship.