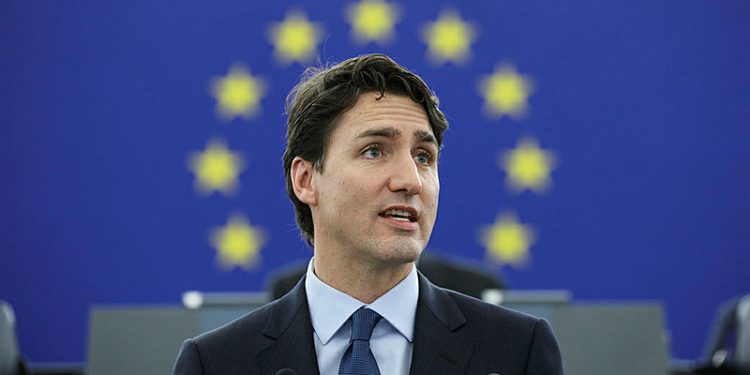 The Canada Elections Act does not include rules banning members of Parliament — or potential prime ministers — from holding dual citizenship.

Stéphanie Plante from the University of Ottawa’s Centre for Interdisciplinary Research on Citizenship and Minorities explains how this makes sense for Canada.

Stephanie Plante must be unimpressed. But would this policy not be an astute move for Canada? Dual citizenship has become commonplace in Parliament, particularly under the rule of Prime Minister Justin Trudeau.

A number of high-ranking Liberal MP’s hold dual citizenship, including members of Trudeau’s Cabinet. Several are among the controversial, such as Minister for Women and Gender Equality, Maryam Monsef.

Born Maryam Monsefzadeh, this Liberal MP was recently in hot water for referring to the Taliban terror organization as her “brothers.”

Current Minister of Families And Children, Ahmed Hussen, is a dual Somalian-Canadian citizen. As Minister of Immigration, Hussen’s department granted citizenship to convicted terrorist Zakaria Amara, serving a life sentence for his role in a mass murder plot in Canada. Jordanian-born Amara was sent a letter informing him he was to be stripped of citizenship. In 2017, the Trudeau government reversed the decision.

Current Liberal Cabinet member MP Omar Alghabra is a dual Syrian-Canadian citizen. Former President of the Canadian Arab Federation, Mr. Alghabra is running for his fourth consecutive term in office in the riding of Mississauga Centre.

CBC News has confirmed at least 22 MP’s have citizenship from other countries.  The figure does not include MPs and senators who hold citizenship through descent, naturalization or marriage.

A fair and reasonable state-of-affairs within government? According to immigration lawyer Matthew Jeffery, there is nothing to stop a Canadian MP from holding three citizenships.

Canadian law allows a citizen of our country to hold two or more citizenships. A person does not have to give up their original citizenship in order to become Canadian.

No separate distinction exists for politicians. Then we have media’s presentation on the topic. Simply put, next to nothing has been presented. Considering a topic mainstream media perpetually shy away from– the future of Canada— an interesting scenario comes to light.

Parliament can forever continue to become populated with dual citizens. Twenty-two in 2019. Forty-two in 2028. How about in fifty years time, half of Parliament– including a dual citizenship prime minister? Could it be that the Canadian Parliament being guided toward the status of a miniature United Nations?

The sky’s the limit. Talk about infusing the globalist ethos into society. At the risk of over-simplification, isn’t this all so very “Justin Trudeau?”

His Liberal government kicked the phenomenon into high gear. It was Trudeau who tasked dual Pakistani-Canadian MP Iqra Khalid with the creation of anti-racism initiative M103.

And should a push-back ever arise, what will send the protesters packing? This is to be found in former PM Pierre Trudeau’s Charter of Rights and Freedoms.

Such is the influence that the Trudeau family of Quebec has on our nation. Transitioning our country into a global village of their own making, Canadians witness our destiny in the globalist machinations of Trudeau-brand Liberalism.

2 thoughts on “Dual Citizenship Changing The Face Of Canadian Parliament”