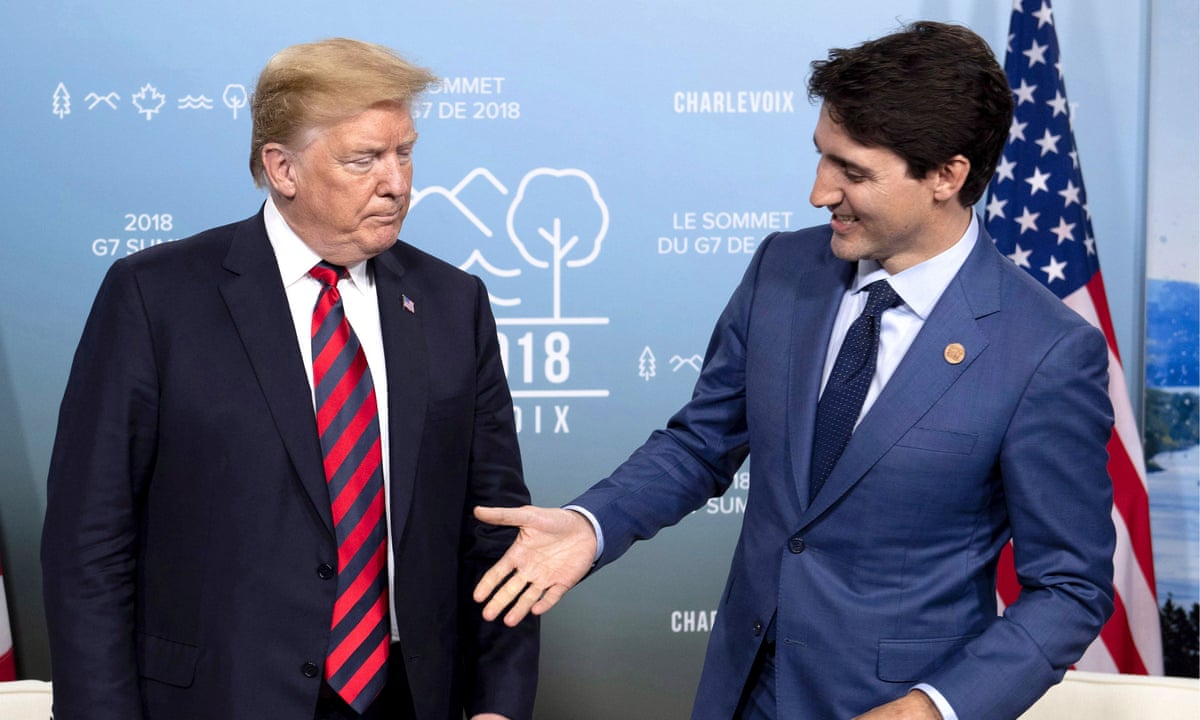 “We want those great Canadian truckers to know that we are with them all the way,” Donald Trump informed a crowd gathered yesterday in Conroe, Texas.

Picked up only by CTV News in Canada, Trump’s endorsement reveals more than one compelling element of the protest in Ottawa. What continues to fascinate Cultural Action Party is found in government-media relationship in Canada.

We have spoken of changing circumstances. A media monopoly which once existed. How the bubble was broken by the advent of the internet. The impact of alternate and social media as an organic result of the world wide web.

It is through these developments that we come to see how Canada has been existing in a media vacuum for decades. So much so that one can conclude our society is a victim of  decades-long propaganda campaigns.

At this stage of the game, establishment media is desperately trying to hang on to past circumstances. While our Liberal government preach “progressive” ideology, certain fundamentals remain cast-in stone.

Within the truckers convoy is found a cracking of the veneer– perhaps on a permanent basis. Much of it due to a situation no one expected. The trucker protest is a monster. As such, mainstream media is tasked with a singular objective: to undermine, disparage and demonize the event.

A formula exists for the purpose: the branding of the protestors as racists, bigots and white supremacists. While a tiny element may fall into this category, a sweeping conclusion of this nature is erroneous. Besides, who knows? The idea that fake fascists have been planted in front of media cameras is not out of the question.

Donald Trump praised the convoy participants for “doing more to defend American freedom than our own leaders by far.”  An interesting statement.  Looking at the big-picture brings up salient observations.

Wokism, Great Reset, New World Order— call it what you will– the essence of the condition is based upon the global. In binary terms, we speak of the duality between nationalism and globalism. If the latter is international in scope, than so too must be the former.

In other words, a nationalism which transcends borders. The inherent danger faced by patriots applies to all western nations. China, Iran, Pakistan— they have internal conflicts, but they do not have what Canada and the United States do– an existential threat to our political existence.

Canada and the United States share this experience. Call CAP biased, but we consider the situation infinitely worse in our country than in America. One of the key contributing factors being found in an absence of pride.

As a country, we have none. The Liberal-Globalist agenda long ago stripped away this critical element of society. Canada is today a nation defined by hatred and bigotry toward “the foreigner.” The truckers are the first organized movement in decades to counter this self-loathing globalist narrative.

It is the very reason government, media and our academic world despise the trucker protest. Thrashing away at its credibility, the goal is to de-legitimize its existence and purpose.

At this point, no one knows what will transpire. Justin Trudeau has been forced into hiding. The circumstances are unprecedented in Canadian history. Will the intensity of the protest force our PM to step down?

At the moment, this stands as an unknown. What is known is that media will continue with all their might to vilify the protestors as evil racists. Whether this tedious ploy will maintain the woke liberal status quo remains to be seen.