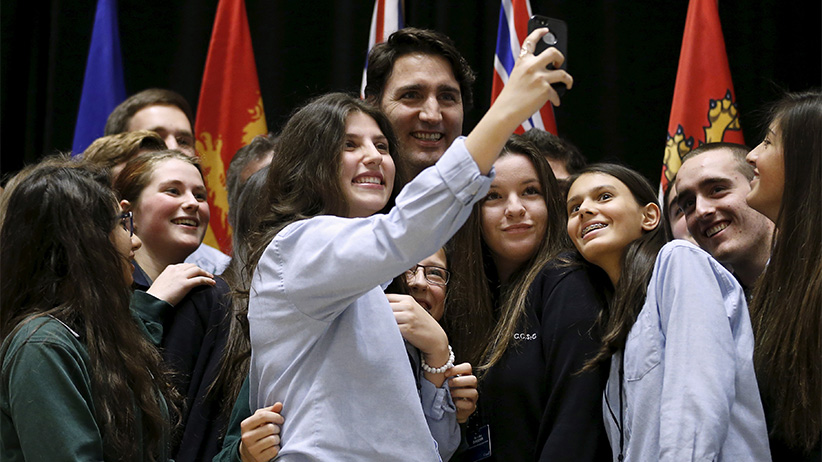 For the past seven years, the Liberal government of Canada has been carving up society into distinct communities. Not that the trend didn’t exist previous to the ascension of Prime Minister Justin Trudeau to the throne of our nation.

Yet, it must be recognized that more than any previous national leader, PM Trudeau has actively promoted social division within society. Placing 3rd World migrants at a political pinnacle, Trudeau angers Canadian-born, generational citizens. Seven years of priority toward Sikhs and Muslims has alienated Canada’s Christian communities.

Within Canadian academia, post-modern developments permeate our campuses, such as this move from the University of Windsor:

“We’ll be able to give classes in Black feminism, in blackness in education, in black micro-economies in the business school.”

In 2021, PM Trudeau approved the creation of a Liberal-Muslim caucus. The fact that constitutional law declares such a move a “no-go” matters not to the Feds.

In specious terms, race and ethnicity have come to underpin all aspects of Canadian society. Except, that is, for Euthanasia and Abortion. It is here that concerned citizens come to recognize the “selective nature” of Trudeau’s Woke Liberal ethos.

When a government deals in policies of life and death, it is not fair and reasonable for our citizenship to be made aware of statistical elements of the equation?

“Everything You Need To Know About Canada’s Medical Assistance In Dying Law.”

Firstly, we recognize the falsehood in this tag-line from Canada’s Dying With Dignity non-profit organization.

“Shocking figures reveal thousands including those who aren’t terminally ill are choosing to end their lives under the world’s most open assisted suicide system.”

As reported  by non-Canadian media outlet the Daily Mail in the U.K.

Who are these poor souls? The answer is, we don’t know, because Trudeau’s Liberals and their media partners refuse to expose the information.

Are these people largely derived from, for example, Canada’s First Nations communities? How many out of the 17,000 elderly migrants who come to Canada via Family Reunification land on our shores, only to hit the assisted dying option upon arrival?

How many citizens would never indulge based on religious principles? To what degree do Canadian Muslims, Sikhs and other 3rd World communities indulge?

Or can it be, as Cultural Action Party suspect, that the lion’s share are derived from our Anglo-European communities.

It is, in our opinion, a giant of a question. One never addressed by any element among our nation’s controlling institutions. Not government, media, academia, or health care.

How strange. Justin Trudeau transitions race-ethnicity to the top of Canada’s social totem pole. But when it comes to ethnic breakdown for Abortion and Euthanasia, the concept dissipates into thin air.

Has this been done with full awareness and intention on the part of government? We speak of life-and-death– as opposed to taxes or inflation.

We want to know: who are the recipients of Abortion and Euthanasia based on ethnic community identity? Dollars-to-Tim Hortons donuts our citizenship will never be informed of this.

It doesn’t take Albert Einstein to figure out the Euthanasia component. Do government not constantly inform Canadians that we need giant, massive immigration intake to offset our elderly population? Our elderly population is Anglo-European. Therefore, the recipients are Old Stock Canadians.

It’s even worse for the category of Abortion. Did you know? For the past 30 years, approximately 90,000 abortions have occurred each year in Canada. That’s one heck of alot of potential Canadian-born citizens. As with assisted suicide, the recipients by default have to be our Anglo-European demography. Up until Pierre Trudeau transitioned immigration policy, Canada was over 90% of European extraction.

Can the situation get any more macabre? Yes, it darn well can be. Fair and accurate it is to argue that ex-Liberal PM Pierre Trudeau is the “founding father” of Canadian abortion policy– including its “no term limit” element.

Fast forward to 2016, only to discover that current PM Justin Trudeau is the founder of Euthanasia policy. Put these two things together, and what do we discover?

Why, it’s a removal of the young, old or poor– Old Stock citizens in the main– courtesy of two Liberal PM communist enthusiasts. How neatly it all fits together– our first clue that legacy media in Canada will never speak of it.

‘Canada To Welcome Unprecedented 1.45 Million Immigrants In Next Three Years’

To juxtapose the above with the Trudeau-family Euthanasia-Abortion prerogative— in addition to immigration— is to discover the demographic fate of our communities. Advanced by Pierre & Justin Trudeau and the Liberal Party, we come to understand our unspoken destiny.