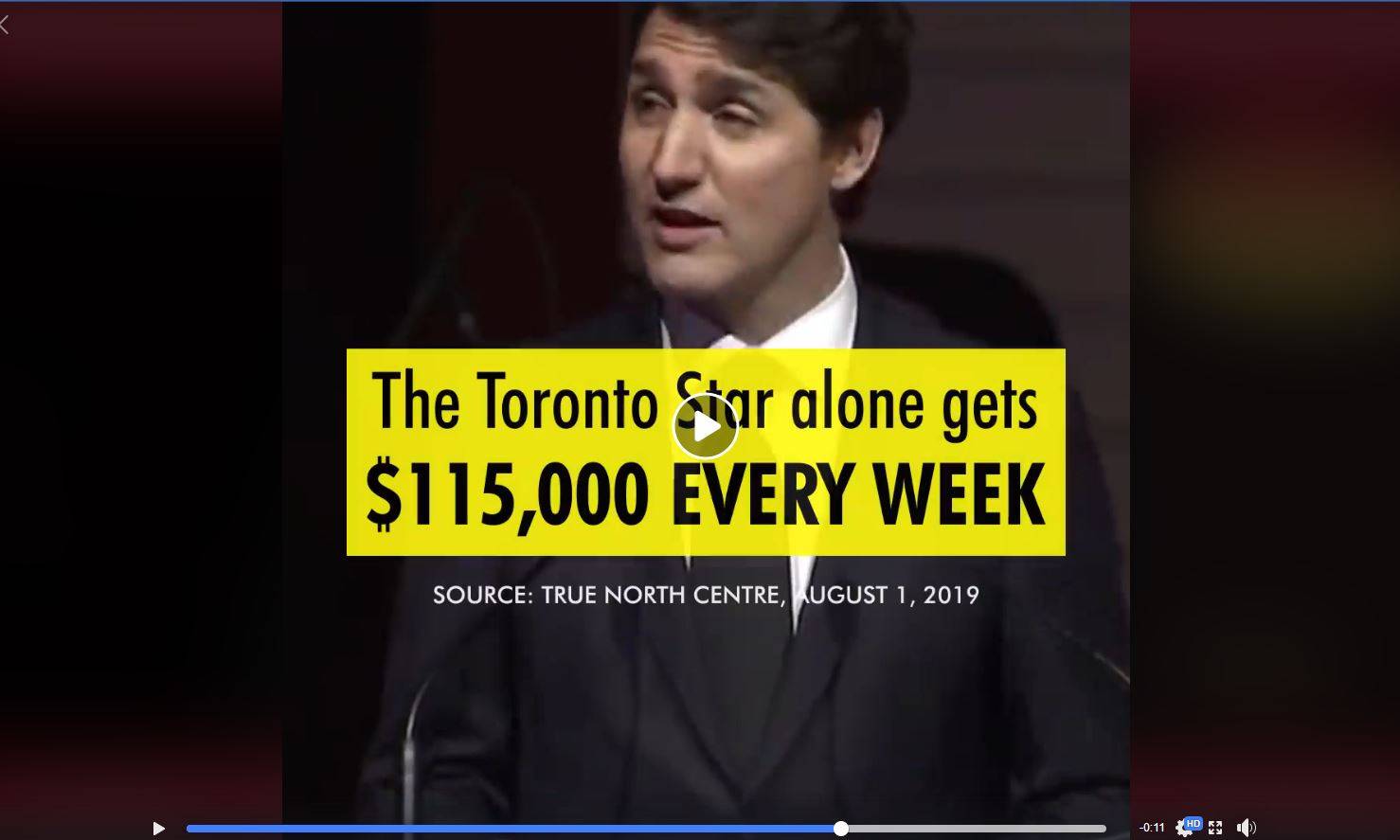 A curious thing happened to establishment media along the path to Canada’s post-modern society. Citizens of the “older generation” may well remember a time when the role of CBC, CTV and other establishment media organizations took on a very different complexion.

Once upon a time within the mandate of media was the pursuit of objective news presentation. While the CBC has for decades been biased toward Canadian liberalism, there existed at least a viable attempt at unbiased media reporting. Others, such as the Globe & Mail–as well as the National Post in its infancy– at least made a valiant effort at objectivity.

Theory, or reality? Perhaps the following sheds some light on the situation:

Stop the press! Can this really be? Imagine, if you will, a leader of a political party desirous of winning an election. Of course, “the competition”– current Liberal PM Justin Trudeau–should never be accused of such. While, at least from CAP’s perspective, Mr. Trudeau is the biggest vote-begging groveller in the history of federal Canadian politics.

Moving to the all-compassing topic of Covid 19, we discover this recent piece  from a Maclean’s Magazine journalist:

“I believe it’s also true that the Great Reset controversy is rocket-fuelled by the fears of people who are willing to stretch fact into hate-fuelled fantasy. “

“This talk has provoked reaction reaching right out to the fringe of the political right, with the sort of loopy made-up social-media rants that wind up getting debunked on the Snopes website.”

Let us add this headline from arguably the most globalist-centric mainstream publication in Canada, the Toronto Star:

Welcome to the world of Canadian “diversity.” Within this social structure, a curious component–one which media never indulge in–must be pointed out. Post-modern society demands diversity of peoples. Any push-back against the highest per-capita immigration quotas on earth constitutes racism.

Add to this the fact that the Liberal government has mandated this during what is hopefully the pinnacle of the Covid assault upon the world. Shock of the century– major media has not one word of condemnation for Justin Trudeau’s decision-making in this regard.

Yet, simultaneously, diversity of opinion is not tolerated. This is manifest in the perpetually “black and white” presentation of government and media.

READ MORE: Does PM Trudeau Ignore Public Opinion Because He Knows Democracy Is Ending In Canada?

Don’t you know? There is no middle ground, no “pluralism” within this context. If one pushes back to any extent, the one-two punch of didactic government theory brands this “far right.”

In truth, this game has been going on since the day PM Justin Trudeau seized control of the consciousness of Canadian society. In other words–a purely “binary” dynamic within a complex, multi-faceted social issue.

Such is the way within PM Trudeau’s “no core identity” Canada. No surprise, CAP emphatically disagree. We hereby brand this a “conspiracy” of sorts. What government and media partners are really after is to shut down all dissenters.

This is, of course, a beautiful microcosm of a society in the midst of a transition from democratic principles, to a state of pseudo-communism.

Call CAP a cynical bunch, but at this stage of the globalist game, we take the opposite tack of everything Justin Trudeau pushes upon general society. Pourquoi? Because in our “heart of hearts” we believe there is no such thing as a move by Trudeau that is not rooted in a post-modern agenda of national seduction.

Was Justin Trudeau’s $600 Million dollar “bailout” of establishment media the catalyst for this “progressive” media development? As CAP has stated ad nauseum– when government and media function as a united entity, communism is hereby “in the house.”

2 thoughts on “Does Canadian Media DENIAL Of A “Great Reset” Conspiracy Confirm Its Validity?”