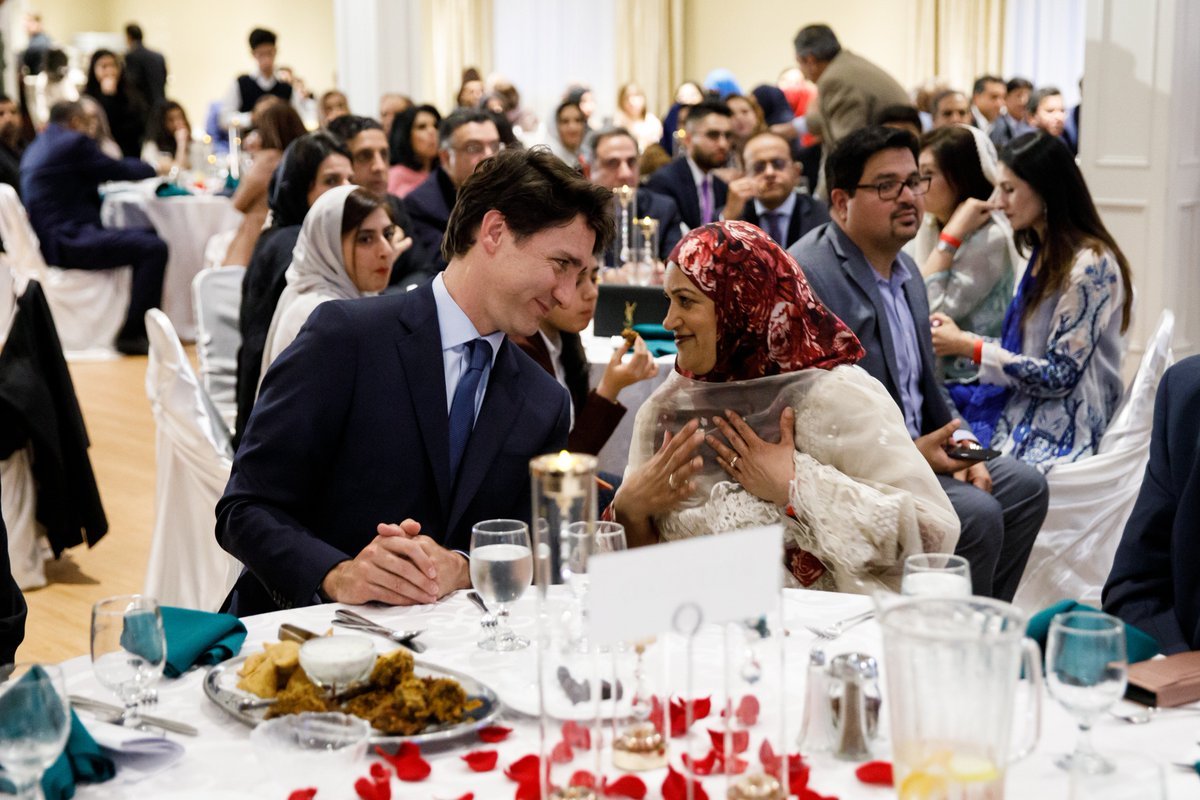 CAP find this strange dynamic to be one of the most essential–and least exposed--element of the globalist assault upon a specific segment of Canadian society. It is equally as curious as to why this situation has been excluded from media narrative in Canada since the day multiculturalism was forced upon our society by former Liberal Prime Minister, Pierre Trudeau.

CAP has written about this topic a lot. We do this because, frankly, no other political party or media organization in Canada will touch this topic with a ten-foot poll. This is, in fact, what makes CAP unique–we are dedicated to the preservation of traditional Anglophone identity in Canada.

In this fashion, we are entirely antithetical to the Trudeau government, establishment media, Canadian academia, as well as Immigration Minister, MP Ahmed Hussen. It has become obvious to CAP that these social institutions are anti-Anglophone, as well as anti-Christian.

It is well established that the purpose of institutionalized diversity was to result in an equal playing field for all Canadians– White, Black, Jew, Christian. Only problem is– it never occurred.

How can this be verified? Simple as apple pie– just take a look at the Nation of Islam’s position within the “great globalist” diversity game, then contrast this with Christianity’s position.

Are common sense Canadians to believe CBC, Globe & Mail and National Post are incapable of this kind of analysis? Are patriots to believe leading journalists like John Ibbitson, John Ivison and Chris Selley are too feather-brained to figure this one out?

How absurd. CAP Salient Question Time: In religious terms, why is Islam the apple-of-government’s-eye, while Christianity has no place at all within the diversity dynamic?

What ever happened to the social equality of which both current PM Justin Trudeau espouses, and that of Papa Pierre before him?

CAP will inform: Sorry to say, but multiculturalism was never intended to elevate Third World Canada to equal social status with our nation.  Rather, the intention is to displace Anglophones, and replace them with Third World migrants.

And yet the gang of Einsteins in media are unable to put this together and spell it our for the people of Canada? How odd-ball this is!

Think about it– in the four years King Justin has ruled Canada, he has not made a single positive reference to any element of the Christian faith. This, from a prime minister who claims to be a “practising” Christian.

Conversely, the man has accommodated, funded, advanced, supported and entrenched the Nation of Islam within our society–so much so that Trudeau advanced M103, the so-called “Islamophobia” motion.

What does this do for religious equality in Canada? CAP will inform: it effectively elevates Islam above all other religious communities. How can it not, when the singular religious community referenced in this Liberal government motion is the Nation of Islam.

More inequality which favours Justin’s chosen people. So what has happened to the egalitarian nature of multiculturalism? Simple– someone, or something– placed it in a trash bin.

In other words, over the forty-five year history of Trudeau multiculturalism, the program was hi-jacked. As in–stolen from the people by globalist forces.

This in turn threw the whole program off its axis. Rather than a government statute promoting equality among Canada’s identifiable communities, it was magically trans-formed into a weapon of social and cultural destruction.

Then, once Justin seized control, a very profound social phenomenon occurred–Islam was elevated above Christianity. Another profundity– secular and religious Christian-Canadians have little idea this transformation has occurred right under their noses.

Why? CAP readers and other patriots know the answer– because of mainstream Canadian media. What did Trudeau do which would further lock media into this hypocritical social situation? He “bought” them under the guise that he was helping to save a dying industry.

This was not the purpose at all. The purpose was to control media, communist-style. Obviously, the scheme is successful– Islam is multiculturalism, while Christianity is oppression toward so-called “minority” groups.

How can this be verified? Justin Trudeau’s multiple apologies to Sikhs, Jews, Muslims, Gays, and First Nations. For the aboriginal element, Mr. Trudeau enthusiastically jumped on board the “whitey as genocidal maniacs” band-wagon, Now, as virtually all Canadians understand, the main player in the First Nations genocide game is the church–as in, the Christian faith.

See how all this fits together so neatly? This is the number one reason why the general Canadian populace will never read such information within our monolithic media structure.

CAP believe Trudeau-brand multiculturalism is racism-– against Anglophones and Christian Canadians. A quick look at the Islam/Christianity dichotomy makes this obvious as heck.

Yet, the “three-headed hydra” of government, media and academia have hidden these truths from the consciousness of Canadians. It is also well hidden that within our universities. Entire social sciences departments are dedicated to nothing less than “white-bashing.” Hundreds of foreign professors at McGill, U of T, UBC etc have teaching positions focused on bashing the heck out of Anglo-Christian Canada.

Did you know this? Good chance readers do not. Within a Trudeau-led Canada, Anglophone decimation is subtly and covertly achieved. In other words, those branding our people as bigots are in fact the true bigots and racists–toward Christian and Anglophone Canada. Interestingly, the prime minister of Canada is the leading Anglo-basher.

Truly, this is the essence of multiculturalism in Canada: “accuse the other of that which you yourself indulge in.” It has been most effective for Justin Trudeau and the Liberal-Third World Party of Canada.

What Justin Trudeau has done is to divide the people. Islam as the preferred, and Christians as racist trouble-makers. Thanks Justin–you’re a real pal, buddy boy.

4 thoughts on ““Diversity” In Canada: Why Islam Is KING While Christianity Is EXCLUDED”