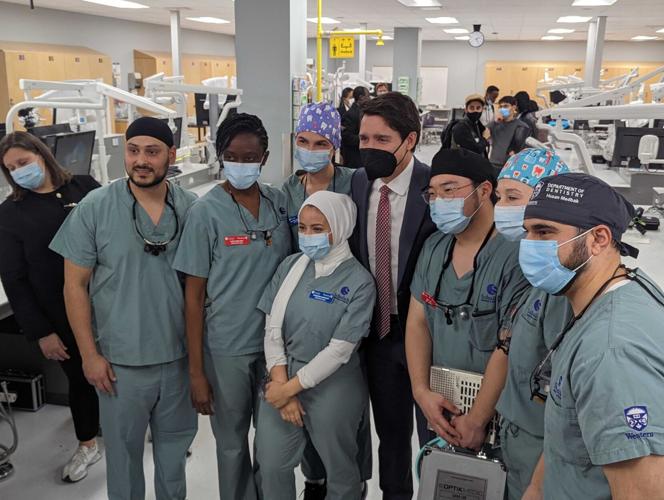 “A growing coalition of disability and mental health groups have begun openly advocating against Canada’s liberalized MAID (medical assistance in dying) regime, including posting signs assuring patients that they will not recommend them for assisted suicide.”

What a wonderful world that finds a western democracy like Canada in this ominous condition. Are Canadians understanding this situation correctly?

Of course not. It is with pre-meditated intent that PM Justin Trudeau has paid-off media to reflect the will of government, as opposed to the general public.

Hats off to National Post for bringing this situation to light in the first place. Still, it falls short of elucidating the true circumstances:

In 2023, segments of Canadian society are living in fear that the “sunny ways” Liberal government of Justin Trudeau has dark clouds on the horizon for physically and mentally-challenged Canadians.

CAP cut to the chase: when a society finds itself in a state-of-affairs in which innocent citizens fear death-by-government, you have what is properly referred to as a totalitarian state.

Neither the National Post, nor any other mainstream media outlet in Canada will allude to such a social condition. Cultural Action Party will– one good reason why the Liberal’s pending Great Canadian Firewall project may well wipe us out.

The ‘Nazi Euthanasia Program’ was the systematic murder of institutionalized patients with disabilities during World War II:

The program aimed to “eliminate what eugenicists and their supporters considered ‘life unworthy of life’: those individuals who— they believed— because of severe psychiatric, neurological, or physical disabilities represented both a genetic and a financial burden on German society and the state.”

Mentally and physically ill citizens fear for their lives as government targets them for “expiration.”

Mentally and physically ill citizens fear for their lives as government targets them for “expiration.”

How’s that for sunny ways, fellow Canadian patriots? Not looking good at all. Yet, we must remember: Justin Trudeau is a righteous and progressive national leader, right?

Hardly. The truth is an inversion– the mode of propaganda utilized among fascist and communist governments of history.

Incredible, isn’t it? Or perhaps, not so much. The dumbing down of Canadian society has been at play ever since ex-Liberal PM Pierre Trudeau became prototype globalist leader of Canada in the late 1960’s.

Progressive propaganda over the decades has transferred our citizenship to a condition of powerlessness as a political force. They call our nation a democracy, yet in reality, we are a society whereby a singular piece of democratic governance exists:

The right to vote in a federal election once every four years. Once a government is formed–never again to be anyone other than the Liberal Party— the public have no say or input in government decision-making.

Subsequent to the dumbing-down came the branding of our nation as hateful, racist, xenophobic and homophobic. In this, Justin Trudeau launched a thousand slings and arrows at Canadian society.

“We failed them,” says Mr. Trudeau. Translation: our country is a failure, and as a result, all generational citizens are to hang our heads in collective shame. Trudeau’s degradation of society contributed to the powerless condition of traditional Canadians. The result is what we see today:

“The very thought of ‘assistance in dying’ flies in the face of humankind’s most vigorous, visceral instinct: survival. It opposes the simplest, most enduring wisdom we have: choose life.”

Exactly. CAP couldn’t have said it better. But it’s not only the death of humans— it is the death of a historical nation. Canada, circa 1867-2015, is finished.

In October, 2015, an underqualified, not-too-bright Trudeau family member was placed into office. Naive as a summer day in Nunavut, Justin Trudeau took his neo-communist upbringing, and applied it to Canadian society.

“50 Canadian disability and anti-poverty non-profits co-signed a letter to Minister of Justice David Lametti urging him to dial back Canada’s MAID regime lest it continue euthanizing people with disabilities who are not terminally ill.”

Will it make a difference? Unlikely it is. In contemporary Canada, little if anything does. PM Trudeau and his Davos-bound Liberal Cabinet dance to a different drum beat than all previous federal Canadian governments.

Trudeau’s Liberals are a domestic branch of a “world government,” one whose policies replicate the vision of globalist behemoths World Economic Forum and World Health Organization.

With media in their pocket, the Liberals successfully obfuscate a stark reality:

There are mentally ill and physically disabled Canadians currently sitting in fear of being knocked off by our federal government. Quite the overabundance of sunny ways, eh?