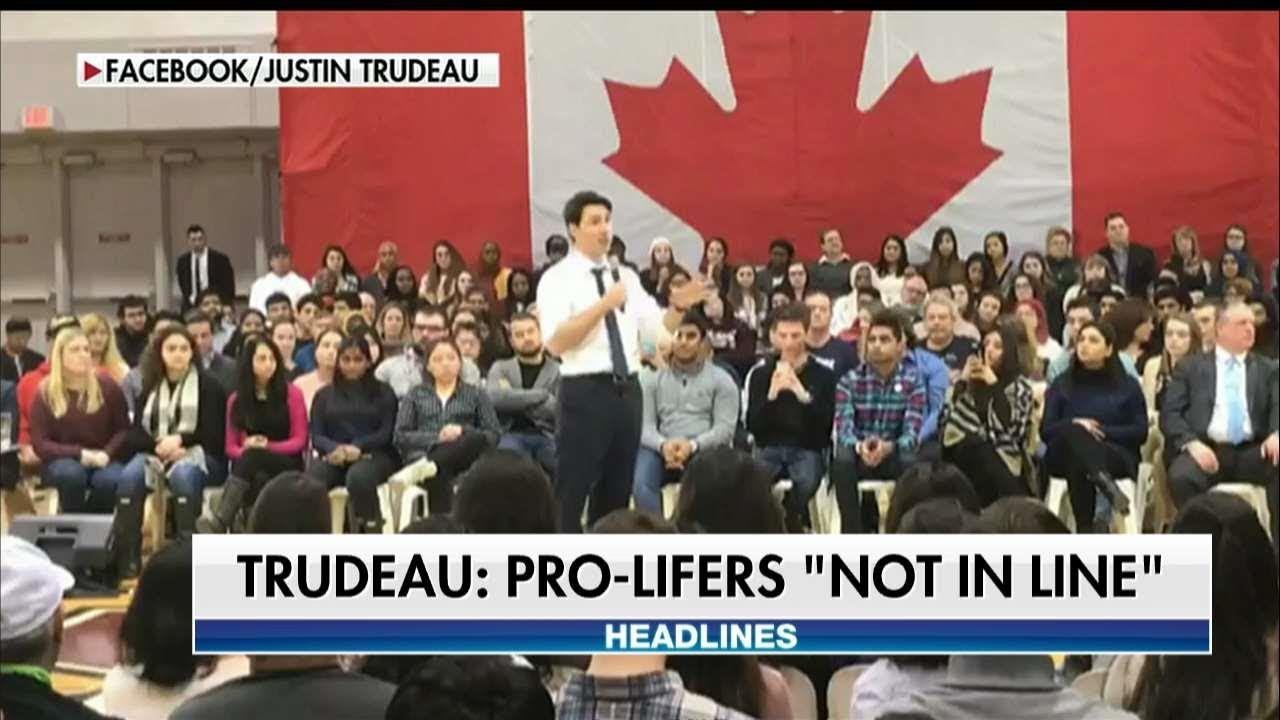 CAP Theory informs Canadians that under the ersatz “dictatorship,” establishment media and the Liberal Party of Canada are joined at the hip.

Regarding former Conservative Party leader Andrew Scheer’s resignation as party leader, it is more than obvious that media “sliced up” Mr. Scheer into bite-sized pieces suitable for feeding sharks.

Never before have we witness such a strident, blatant attack on a federal party leader. The question is the following: Was the purpose to destroy Andrew Scheer’s political career, or is there a “greater purpose”–the destruction of the Conservative Party as a whole.

It should be no surprise that CAP gowith the latter. The ultimate goal is to decimate the CPC for all-time. Pourquoi? Because Canada is being set-up to trans-ition from democracy into a “pseudo-dictatorship” with Justin Trudeau as neo-socialist dictator.

Over the course of Trudeau first four-year term, this pre-meditated globalist agenda took off like a rocket. Our PM accomplished in four years what organically would take four decades to occur.

A complete “multicultural” lock on the Greater Toronto Area(GTA), complete with Third World MP domination in Mississauga, Brampton and dozens of other constituencies. Media mention not a word about this.

In less than four years, Justin Trudeau brought the Canadian-Islamic community from the periphery of politics to its very essence. Likewise for homosexuality and transgenderism–two key issues  which media used to bury Andrew Scheer.

In other words, everything that Trudeau’s international string-pullers wanted him to do, he did with absolute conviction.

Is the trans-formation from multi-party democratic governance to a “single-party” nation-state a component of the globalist goal? Good chance that it is. How is this done? Simple in theory–destroy the reputation of the Conservatives.

Once accomplished, what is left to deal with? Try NDP(turbaned Sikh fundamentalist leader). Bloc Quebecois–they’re 100% Quebec-centric. Greens have three seats in total.

What’s to say that long-term these three would not fall into line, and merge their parties into the Liberal camp? Why, nothing at all–it is a perfectly feasible concept.

Now, how to deal with Act 2— convincing the people of Canada that this is the best thing to do. How to accomplish this? Another basic answer–ruin the Canadian economy. Create such panic and chaos that the “single party” state becomes the best option in the eyes of the public.

A majority agree–and bang zoom Canada trans-fers from democracy to dictatorship. Think this impossible? CAP doesn’t–after all, this scenario has historical precedence–on more than one occasion.

As CAP has opined in the past, we believe the Conservative Party of Canada will never win a federal election again. So what to do? Disband, re-brand, re-emerge as a “fresh” political entity–otherwise pack your PM bags–you’re “done-like-dinner.”

What are the scheming Liberals up to at present? Prepping MP Chrystia Freeland as runner-up for the PM position. So maybe CAP is wrong on the Trudeau call. But if it is not King Justin, it will be Queen Chrystia, or some other robotic Liberal-Globalist slave.

Point being that once again, the Conservatives will be blocked out of becoming an elected federal government. CAP has followed Canadian politics for over 30 years. Never have we witnessed such a virulent hatchet-job directed toward a PM candidate–or any other form of political leader.

Recent media vehemence against Mr. Scheer– via CBC, CTV, Toronto Star, Globe & Mail-– is unprecedented–so extreme that if an informed(non-liberal snowflake) were to guess, media were not only after Andrew Scheer. They are, in fact, out to destroy the entire Conservative Party of Canada.

Diversity is our strength!  Oh for sure–as long as said Canadian has no diversity of opinion toward Abortion, Islam, Homosexuality, Transgenderism, and “Die-versity.”

Welcome to Trudeau Dynasty Canada– where diversity of peoples is enforced, while diversity of thought and opinion is banned. In Canada, globalists call this “multiculturalism.”

2 thoughts on “Did Trudeau’s Media Attempt To Destroy Andrew Scheer– Or The ENTIRE Conservative Party?”