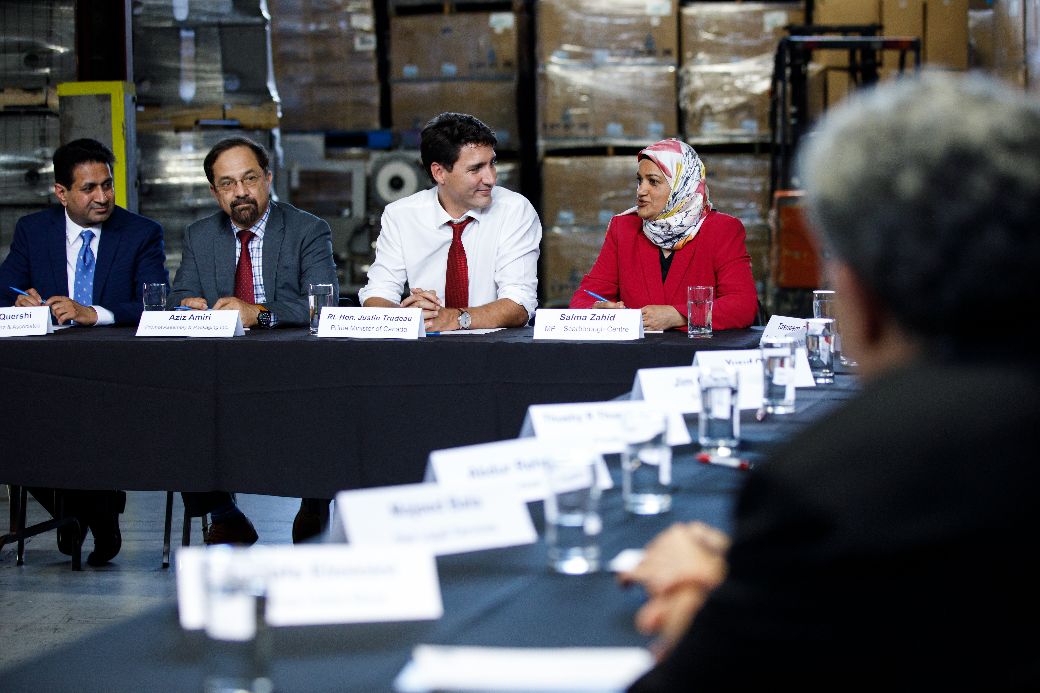 Much consternation has appeared recently in Canadian media regarding our Liberal government’s hiring of a virulent racist as an “anti-racism” consultant.

As Canadian journalist Rex Murphy pointed out in the National Post this week, government response to the incident has been “dim, slow, reluctant and parsed.”

No thinking Canadian should be surprised. In Prime Minister Justin Trudeau’s post-modern nation, protectionism is applied for specific segments of society. Others continue to function as a battering ram for social conflict.

The result is an establishment of a hierarchy of identifiable communities within Trudeau’s “no core identity” Canada. Insightful citizens know what this means. A nation devoid of a core identity will have its previous core replaced by another.

Justin Trudeau wants this very, very badly. So much that for the past six-plus years, our PM has worked to establish Canada’s post-modern social structure. At the top of the heap are our rapid-growth communities: Muslims, Sikhs as well as various African, Asian and Middle Eastern peoples.

These are the ones Trudeau cares about. The Feds understand that new arrivals vote for the party in power at the time of entry to the country. They are also aware that migrant families out-birth locals by a longshot. All of it leading to a penultimate goal.

A Liberal government for life. Those who kick against the pricks fall into a different category. Collectively, they are Canadians who reject Trudeau’s socialist “woke revolution.” They now find themselves at the bottom of the Liberal’s social barrel.

What does all this have to do with a hired-hand racist named Laith Marouf? Plenty, to be sure.

The press chastised the Alberta man in no uncertain terms. PM Trudeau got in on the game:

The Alberta man is white, as is Ms. Freeland. It didn’t stop Trudeau from playing his mighty race-card. After nearly seven years in office, our PM knows the game well– keep on accusing Canadians of being racist, all for the sake of fulfilling Trudeau’s democracy-to-dictatorship agenda.

When the tables turn to Laith Marouf, the political “vibe” transitions along with it.

“Marouf espouses the very opinions that should be targeted by any anti-racism program worth its salt,” says the editorial team at the National Post.

“The irony of an anti-racism contract being awarded to an organization run by a man with a long history of making blatantly racist comments about Jews and other groups was hardly lost on anyone, save for Marouf and his lawyer. But the government’s response has left much to be desired.”

Quite. According to media, the racist in question was hired by Liberal Cabinet member Ahmed Hussen. The Minister of Multiculturalism is cut from the same cloth as PM Trudeau, as well as New Democratic Party leader, Jagmeet Singh.

They are several of our country’s “post-modern” politicians. They function as an anomaly– political leaders who condemn not only our history, but also present-day society. Depicting “Old Stock” Canadians as a motley crew of bigots, the new breed of politician don’t think much of our country.

For these types, Canadian history constitutes little more than a litany of hatred against racialized citizens. These attacks on society serve a pre-meditated purpose: a weakening of pride in country being an intended outcome.

“Disrupting Settler Colonialism and Oppression in the Media since 1999.“ And the ethno-centrics in the Liberal Cabinet knew nothing about this, eh?

Yes, media will moan a while over Laith Marouf. Then the case will go gentle into that good night of woke Liberalism. Within months, it will become meaningless, while the battle against mainstream society continues full steam.

Trudeau said during the 2015 election campaign that he believes “terrorists should get to keep their Canadian citizenship. And now he’s keeping good on that pledge.”

Trudeau’s Immigration Minister Ahmed Hussen told the Senate that “the Liberal government had already initiated the process to restore citizenship to the convicted terrorist.”

What a perfect microcosm for community priority. MP Ahmed Hussen, a Somali Muslim, forgives a co-religionist for the most extreme terror plot in modern Canadian history.

What can we glean from such a situation? Favouritism is the word. In 2022, it’s fully embedded within Canadian society. It was half-Pakistani citizen Liberal MP Iqra Khalid, who along with National Council of Canadian Muslims, got the ball rolling with their M103 “Islamophobia” motion in 2016.

This anti-racism measure, approved by 338 MP’s, provided the privilege necessary to elevate a religious community above others. A refusal to add other major religions to the anti-racism bill was denied. The result is exclusive community status.

Next to the Liberals, it is media who are most responsible for the “great divide.” Looking at the media landscape since Trudeau became PM, a consistent pattern is revealed.

Media bash the communities which Trudeau and Hussen dislike, and promote those which the Liberals elevated to a special status. The synergy is as blatant as it is obvious. Through these circumstances, old school Canadians have been transferred to the doghouse of society. In their stead come the perpetually persecuted.

Ahmed Hussen is one of the protected. It’s the same for any Canadian politician who falls under a World Economic Forum affiliation. A recent article on the Marouf controversy from conservative writer Spencer Fernando asks a pertinent question:

No offence, Spencer, but this question borders on the absurd. Hussen will not resign, nor will boss-man Trudeau request his resignation. These issues reach far beyond any single incident.

Canada is a country in transition. Trudeau knows it, Hussen is aware, as are publishers and editors in mainstream media. While Islam is an untouchable, the Christian religion has been battered by government. Judaism is not far behind.

Meanwhile, the antithesis of the Judeo-Christian ethos is being pushed to the max by Trudeau’s Liberals. Abortion. Euthanasia. LGBT. Transgenderism. All anti-Christian, all advanced with moxy by government.

We come to recognize the high-level destiny of our country. In CAP’s opinion, it goes like this:

With full intent and understanding, Trudeau, Hussen, Singh and company are pushing Canada toward a neo-totalitarian status. Within this structure, some communities are accepted, while others are damned. Is case anyone forgets, the structure stands as completely antithetical to the “values” of Multiculturalism.

It doesn’t take Professor Stephen Hawking to recognize which social segments fall into these categories. Indeed, all citizens could see it– if Justin Trudeau had not purchased Canadian media to bury the truth from 38 Million Canadians.

Laith Marouf has been preaching hatred of his personal enemies for years. Within the myopic world of “special interest” Canada, MP Ahmed Hussen was likely aware of the status of his hired hand of an “anti-racist” consultant.