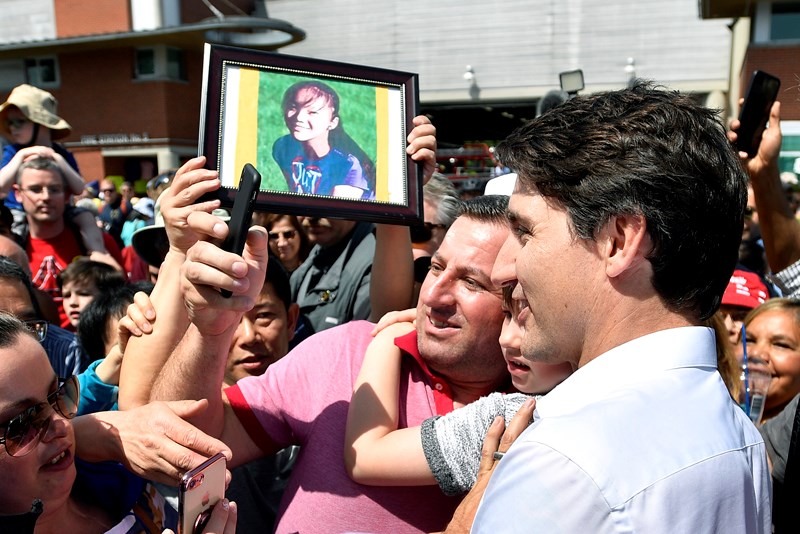 In an interview with Justin Trudeau in September, 2018, our prime minister issued the following statement: “I trust our justice system to apply consequences to this.”

Mr. Trudeau was responding to a question from a Maclean’s magazine journalist regarding the murder of 13-year old Marrisa Shen of Burnaby, British Columbia.

Over four years have passed since this ghastly murder. What consequences have resulted for accused child-killer Ibrahim Ali?

The details of his life are few. We do know that Ibrahim Ali is a refugee from Syria, likely brought to Canada via Justin Trudeau’s refugee intake program of 2015.

Commenting on the refugee program at the time, Trudeau issued the following statement:

“Tonight they step off the plane as refugees. But they walk out of this terminal as permanent residents of Canada, with social insurance numbers, with health cards, and with an opportunity to become full Canadians.”

After controversy swelled in the wake of the policy decision, on October 16, 2016, Trudeau defended his government’s action of importing Syrian refugees to Canada:

In a statement to media Trudeau was quoted as saying “I will be personally responsible for harm brought to any Canadian citizens.“

It never happened. Nor have media spoken of any details regarding the case. Four years from the date of the murder, and the public are recipients of nothing beyond references to trial dates.

Marrisa Shen would be a 17-year old high school student today. By the time any finality came to the murder trial–if it even occurs– young Ms. Shen could have graduated from university.

How convenient for refugee advocates. How serendipitous for immigration lawyers. Most excellent it is for Immigration Minister at the time of the murder, Liberal MP Ahmed Hussen– himself a Middle Eastern refugee.

Fortuitous it is for Justin Trudeau— founder of the most righteous Syrian refugee program. Canadians have mostly forgotten about this murder case. Marrisa Shen’s family have remained as silent as media. What a giant coincidence this is.

Sometime in 2022, Marrisa Shen would have turned 18-years of age. Unfortunate it is that Canada has transitioned to a country with a greater concern for Syrian refugees than 13-year old Canadian girls.

6 thoughts on “Will Refugee Ibrahim Ali Get Away With Murdering 13-Year Old Marrisa Shen?”