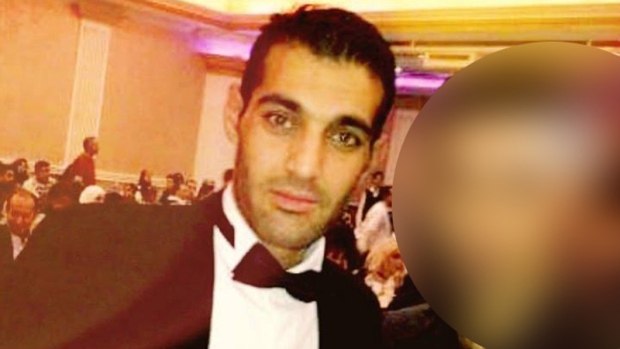 In an interview with Justin Trudeau in September, 2018, our prime minister issued the following statement: “I trust our justice system to apply consequences to this.”

Mr. Trudeau was responding to a question from a Maclean’s magazine journalist regarding the murder of 13-year old Marrisa Shen of Burnaby, British Columbia.

Just under four years have passed since this ghastly murder. Fascinating it is that no one knows whether or not consequences were applied to accused child-killer Ibrahim Ali.

The details of his life are typically sketchy. What we do know is that Ibrahim Ali is a refugee from Syria, more than likely brought to Canada via Justin Trudeau’s Syrian refugee intake program of 2015.

Commenting on the refugee program at the time, Trudeau issued the following statement:

“Tonight they step off the plane as refugees. But they walk out of this terminal as permanent residents of Canada, with social insurance numbers, with health cards, and with an opportunity to become full Canadians.”

After controversy swelled in the wake of the policy decision, on October 16, 2016, Justin Trudeau defended his government’s action of importing Syrian refugees to Canada:

In a statement to media Trudeau was quoted as saying “I will be personally responsible for harm brought to any Canadian citizens.”

It never happened. Nor has media spoken of a trial taking place– or any outcome–  of a trial scheduled to take place at the Vancouver Law Courts.

“The trial for Syrian refugee Ibrahim Ali who is accused in the 2017 murder of Burnaby teen Marrisa Shen has been adjourned until sometime in 2021.”

Four years from the time of the murder, and the public are recipients of nothing more than vague allusions to trial details. Marrisa Shen would be a 17-year old high school student today. By the time any finality came to the murder trial, young Ms. Shen could have graduated from college or university.

Since the setting of trial dates, the case has disappeared into thin air. Cultural Action Party wonder what became of it? Has it been further postponed? Or could it be that the trial has already taken place?

In terms of speculation, CAP wouldn’t be surprised for a micro-second if the latter is the proper conclusion. The trial of Ibrahim Ali has moved forward not unlike molasses rolls uphill.

How convenient this is for Canadian Refugee advocates. How serendipitous for Immigration Canada. How most excellent for Immigration Minister at the time of the murder, Liberal MP Ahmed Hussen.

Fortuitous it is for Justin Trudeau–the founding father of the Syrian Refugee program. It well appears mainstream media has played a role most advantageous for government. Eventually, Canadians will forget all about this murder case. Won’t this be wonderful for all of the above?

Of course, there is one outcome which is impossible to fully negate: the lawyers for Ibrahim Ali won their case. There’s a story that fits neatly into the desires of government.

Think about the degree of public outrage which would follow an acquittal. Likely it is that government, law enforcement and media would prefer to cling to the “silence is golden” mantra. No fuss, no muss– immigration and refugee policy remain sacrosanct.

After all, there are more important things to consider than the murder of an innocent schoolgirl. Justin Trudeau has a neo-dictatorship to establish by way of importing Liberal Party voters through Canada’s immigration and refugee policies.

9 thoughts on “Did Refugee Ibrahim Ali Get Away With Murdering 13-Year Old Marrisa Shen?”