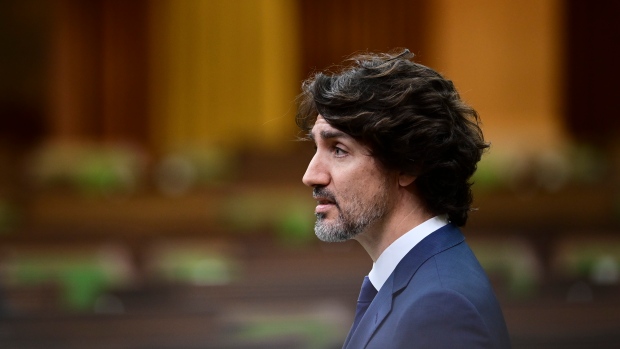 Blink, and you missed it. Several years ago, an article appeared regarding a curious event at a Canadian Mosque. It turns out that in 2013, Prime Minister Justin Trudeau recited a prayer symbolizing a non-Muslim’s conversion to the Islamic faith.

Rosie Gabrielle, a Canadian citizen who traveled to Pakistan and spent years exploring the country, announced in 2019 that she has converted to Islam:

“For me, I was already technically a Muslim. My Shahada(conversion prayer) was a re-dedication of my life to the path of Oneness, connection and Peace through the devotion of God.”

So what of Justin Trudeau’s Shahada prayer recital in 2013? What was our PM’s motivation? Did Justin understand the meaning of the prayer, or did he recite it without comprehending its symbolism? The Shahada prayer in Arabic means “to testify.” As in, to testify to the truth that Allah is the one true God, and Mohammed is his one true Prophet. To recite the Shahada in the presence of two or more Muslim males is the sole requirement for converting to the Islamic religion.

Did Trudeau convert to Islam intentionally? Perhaps only his hairdresser knows for sure. CAP certainly cannot verify such a thing. Media has never drilled down on the issue. Outside of speculation, one fact remains irrefutable: the rise of Islam in Canada coincided with the rise of Justin Trudeau as prime minister.

Interesting to note a related fact. Ex-Liberal PM Pierre Trudeau accomplished a similar feat through his relationship with communist China. As a result, China plays a pivotal role not only in Canadian business, but within our present-day political framework. Justin Trudeau did the same for Islamic interests in Canada.

These affinities in Trudeau family foreign policy have never been expressed by mainstream media. As a result, skeptics could draw an ominous conclusion: Pierre Trudeau converted Canada to communism, while knowingly or otherwise, Justin Trudeau converted himself to Islam.

1 thought on “Did Justin Trudeau Recite Prayer For Islamic Conversion In Good Faith?”