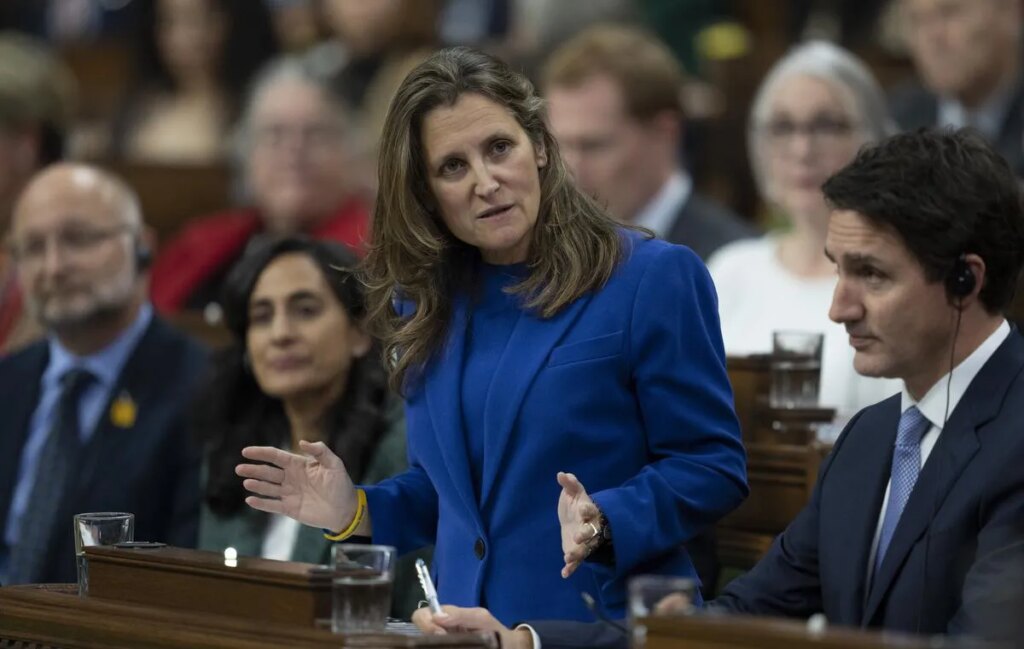 “A legal proceeding carried out to allow individuals or businesses freedom from their debts, while simultaneously providing creditors an opportunity for repayment.

“The state of being completely lacking in a particular quality or value.”

Upon which CAP apply the principle to post-2015 Canada. It was in October of that year that  a “silent revolution” was unleashed on society. The advent of Justin Trudeau as prime minister paved the way for Canada, Part 2: The Authoritarian Era.

Suddenly, Canada was living a life which existed only in the dreams of Pierre Trudeau, founder of Anti-Anglophone “Multicultural” policy.

In his book, Federalism and the French-Canadians published in 1968, Pierre Trudeau was asked a point-blank question:

It is with concern that recent exposure by the foreign press accuses current PM Justin Trudeau of kow-towing to the government of China:

How naive some journalists can be. To “fix” the Liberal Party-Chinese government partnership is to attempt to unwind a covert relationship dating back at least 50-years. It began with Pierre Trudeau’s embracement of the behemoth nation of the Far East. In 2022– despite what CBC says– the partnership is as alive as it has ever been.

“Canadian Prime Minister Justin Trudeau is rehashing Chinese interference in his country’s elections. According to Canadian media outlet Global News, he warned Monday that China, among some other countries, is playing aggressive games with Canadian democracy and institutions.”

Stop the press. Astute political observers understand the methodology. “Accuse the other of what you yourself indulge in” is the vibe. Justin Trudeau, king of the “blame-game.” It may appear puerile, but seems to work. Somehow, after seven full years, Canadians are still stuck with this aberration of a prime minister.

It’s not only China who want Canada to divest of democratic process. It is Trudeau himself. In this venture, China is not an adversary, but rather a partner. The result is a very real potential for the demise of democratic governance– a “bankruptcy” of democracy in Canada.

Not that it is limited to this staple of Canadian identity. We turn the tables to the economic:

A study from the Organization for Economic Cooperation and Development (OECD) is predicting that Canada will be the worst performing economy over the coming decade, as well as for decades after.

Dead last, eh? And on this basis Mr. Trudeau is neck and neck with Conservative Party leader Pierre Poilievre, say Canadian pollsters. Four elections in a row for Trudeau? It could well happen.

A report from early 2022  states that Canadians’ confidence in their personal finances and ability to repay their debt hit a record low, with roughly half the country worried about how they will pay their next round of bills.

“Only 27 per cent of those surveyed said they felt they could cope with life-changing events without increasing their debt burden, while nearly half reported they are just $200 or less away from not being able to meet all of their financial obligations.”

Let’s hear it for personal and family bankruptcy. While the Liberals deliver billions into the hands of Syria, Somalia, Afghanistan and Iraq, average Canadians remain one-step short of personal bankruptcy.

We begin to understand the method in the Trudeau madness. Our nation’s bankruptcy is comprehensive in nature. Its focus is not limited to democracy, or economy. The woke liberal revolution is manifold in scope.

We speak of a form of “social” bankruptcy by way of our federal government. In this category, it involves a bankrupting of cultural identity. The phenomenon began straight out of the gate. In early 2016, PM Trudeau began his assault on Canadian identity, history and heritage.

“We failed them.” On more than one occasion, these were the words our PM chose to symbolize sorrow over the historical treatment of “racialized” communities. Not once did establishment media flip the record over to the b-side.

Who committed these crimes? Why, it’s Canadian society as a whole. Not historical Canada. Not contemporary society. It is our entire national history from top-to-bottom, says Mr. Trudeau.

Justin Trudeau’s condemnations set the tone for what has followed. Canada transitioned to a nation of haters and bigots. Pride in national identity was subsumed; our country would never be looked upon in the same manner again.

It was, of course, 100% intentional. Call it a hollowing-out of Canadian identity. No wonder Justin refers to our country as one containing “no core identity.” Through a process of vilification, Justin Trudeau moved national identity into bankruptcy mode.

“Liberal democracy worldwide has today declined back to 1989 levels, and autocracies have been making a comeback. Many, including China, the second most powerful country in the world, have grown both wealthier and more coercive.”

CAP disagree. Democracy in Canada has not reverted to “1989 levels.” All that has  occurred is, in fact, unprecedented. As in– post-modern. The Trudeau government are not fighting against democratic degeneration–they are the leaders in the field.

Political. Economic. Cultural. Witness as Team Trudeau hit a triple play out of the woke liberal ballpark. Anyone up for a bankruptcy of freedom of speech? Turns out Trudeau has this covered as well, in the form of pending Internet Censorship bills C-11 and C-18.

Through this process, informed citizens come to recognize the agenda. Somehow, mainstream media never does. Has Trudeau bankrupted freedom of the press in Canada? We wouldn’t put it past the neo-communist to do so.

Do Canadians have a societal takedown on our hands? What fascinates comes in the form of speculation from the press. There is none. Where are these transformative endeavours leading? Can this really be a coincidence? Does the state of society in 2022 not suggest our government has interests far beyond the welfare of individual Canadians?

So many thoughts, so much nothingness from CBC and corporate media.

Transformation. This is the real agenda of PM Trudeau and a Liberal Cabinet filled with half-citizens, neo-communists and free speech assassins.

Can it be true? Is Justin Trudeau knowingly and with intention bankrupting Canadian society? Is the quiet revolution of the Liberal Party a precursor to Canada’s conversion to an authoritarian state?

You know CAP believe it to be true– readers can decide for themselves.

4 thoughts on “Did Justin Trudeau Intend To Bankrupt Canada From Day One?”