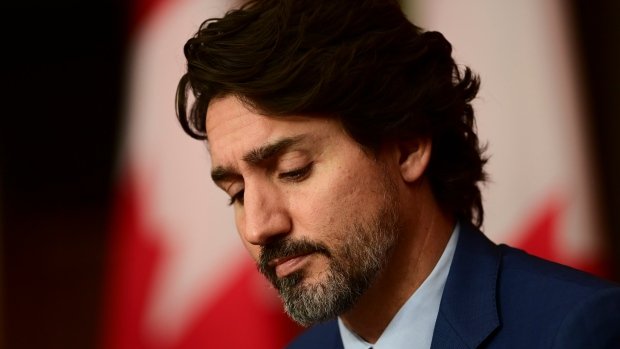 Did democracy die in Canada on October 21st, 2015? Was PM Justin Trudeau’s ascension to the throne of Canada, in fact, a catalyst for this very situation to occur?

One observation seems fair—- subsequent to Trudeau’s capture of his Canadian crown, media began to morph into a Liberal Party propaganda centre. Since that time, mainstream media in Canada have transitioned from  objective media reporting into a vehicle for a promotion of the will of government.

A related observation falls outside general understanding. Once Trudeau took over from Conservative PM Stephen Harper, government ceased to work on behalf of what the man referred to as “Old Stock” Canadians. Under the leadership of PM Trudeau, these folks have become little more than a tax dollar resource for government.

Considering Mr. Trudeau’s personal background, it is reasonable to state he is well acquainted with the concept of “free money.” Being what many describe as a “trust-fund” child, Trudeau developed a habit  of transforming our tax-dollar base into a 3rd world-benefitting “piggy-bank.”

And throw around the money he has. Giant, unprecedented giveaways to Islamic and African governments. Just this week, in the midst of the roll-out of the Covid vaccine, Trudeau gifted a cool $485 Million dollars in foreign aid to 3rd world countries.

In truth, the Trudeau family as a whole have never admired democracy.   The political preference of Justin Trudeau, as well as brother Alexandre Trudeau and Pierre Trudeau before them, is communism.

CAP Theory: The combination of mass 3rd World immigration, in tandem with Pierre Trudeau-founded “multiculturalism” is transitioning Canada toward a form of pseudo-dictatorship.

How many Canadians voted for this as the destiny of our nation? No one. How many citizens approved this societal transformation? Not a single person.

Yet CBC inform us that Canada is, in fact, a democratic society. How can this be true while every fundamental of government social policy is devoid  of public input or approval?

Justin Trudeau recently established the highest rates of immigration in Canadian history.  Over time, this will establish a lock on current ridings held by the Conservatives, NDP, and all others.

What is the point in maintaining a democratic political structure on this basis? What is the point of future federal elections? There is none! Is this a recipe to morph Canada from democracy to dictatorship?

Makes some sense, doesn’t it? The very reason why CBC, CTV and Globe & Mail will hide this away “till the cows come home” on an Alberta beef farm.

Facing a dying nation. Or more accurately a dying democracy. This is what  PM Justin Trudeau  has brought to society– currently manifest in the form of the Great Reset Agenda of 2020.