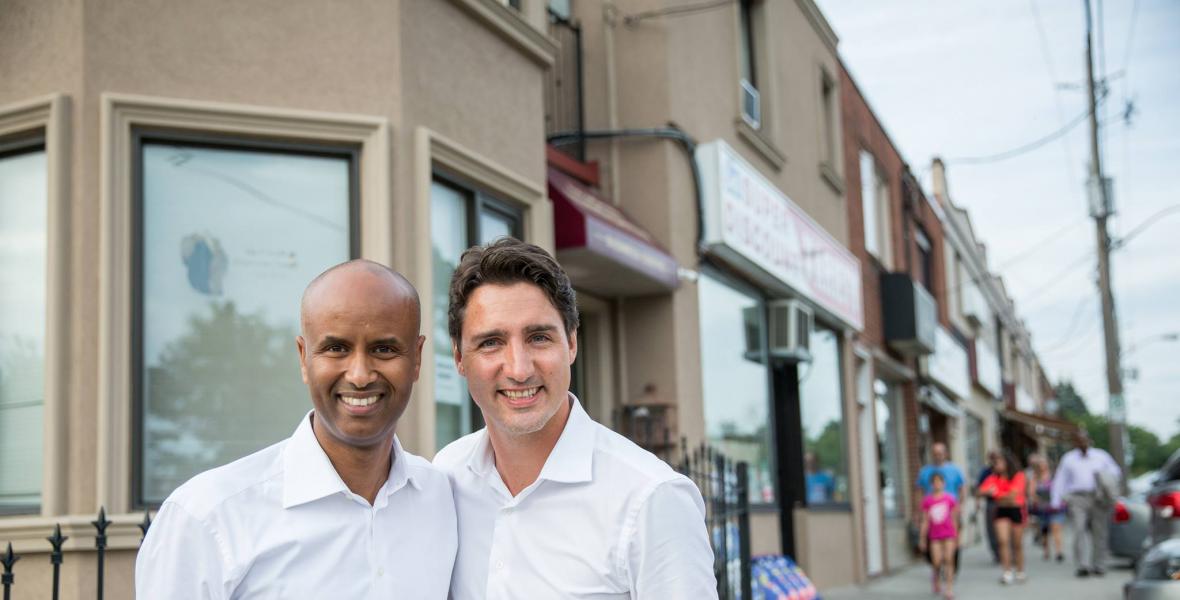 A plea has been issued for Canada to rescue a Pakistani Christian refugee  in hiding after a viral video calling on jihadi fighters to kill him swept through Bangkok’s refugee community.

Faraz Pervais is a Pakistani Christian refugee who fled to Bangkok after being accused in Pakistan of blasphemy under laws which can result in a death sentence. He has several fatwas against him, calling for him to be killed.

Pervaiz is being supported by Australian Jesuit Fr. Michael Kelly.  “The would-be assassins continue to ring(phone) and assure Faraz that they’ll find him and kill him and his family,” said Kelly in an e-mail. “I’d take them at their word.”

Very nice. Let us compare  Pervaiz’s predicament with another individual desperate to move to Canada– “Jihadi”Jack Letts.  This man is a known ISIS terrorist who converted to Islam in his teenage years. At age 18, he travelled from Britain to the Middle East. There, he hooked up with militant Islam, and began to indulge in terrorist activities.

In contrast, Pervaiz has been a target of Pakistan’s religious conservatives since he began speaking out in defence of Christians after a mob attack on a Christian neighbourhood in Lahore, Pakistan. He led protests demanding action from the police and ran a blog in which he challenged both the politics and theology of Islam. His father was a political leader in the Christian community, and was nominated to sit in Parliament.

Enter Immigration Minister, Somalian refugee, MP Ahmed Hussen. Not. Neither Hussen, a devout Muslim, nor his boss, Justin Trudeau–a devout supporter of the Nation of Islam, have lifted a finger to assist this man.

Why? If Trudeau is truly a globalist saviour of the suffering refugees of the world, why is he neglecting this poor sod? Could it be because Pervais is the wrong religion?

Tough to answer, because we do not know what goes on in the minds of those who make these decisions. Yet, based upon careful observation of the Trudeau government and their religious “priorities,” it is safe to guess this man’s Christian faith and behaviour will not endear this man to our current government.

Christians make up only 1.59% of Pakistan’s population of more than 200 million, but about half of those accused of blasphemy in the country are non-Muslims. According to Open Doors, which monitors Christian persecution around the world, Pakistan’s blasphemy laws “target Christians in particular”.

“The abuses of Pakistan’s blasphemy laws are some of the starkest examples of persecution in Pakistan. They have been devastating for minorities, including Christians, who must always act with caution in case an allegation of blasphemy is raised to settle a personal score.”

It is fascinating to witness how Trudeau’s Liberals approach various refugee cases of this nature. Another Pakistani-Christian, Asia Bibi,  was convicted in 2010 of making derogatory remarks about Islam after neighbours working in the fields with her objected to her drinking water from their glass because she was not Muslim.

The Trudeau government granted her asylum in early 2019, and she swiftly moved to Canada. Why is this case different than that of Mr. Pervaiz?  Bibi case was known internationally. It provided an excellent opportunity for Trudeau and Hussen to sell their globalist brand to the world--so they brought her in.

Not so for Parvaiz. At this stage of the game, there is little chance of dazzling the world with the acceptance of this desperate refugee. Therefore, he left with his fatwas and the rest.

Of course, CAP would be remiss if we refrained from asking one simple question: What would occur if Parvaiz was a Muslim? A hypothetical question, of course. Yet, CAP believe his chances of being accepted to Canada would be much stronger.

Why? Because Justin Trudeau, Ahmed Hussen and the rest of the Liberal-Globalist Party of Canada are anti-Christian, and pro- Islamic. How do we know? Previous to Justin’s take-over of the consciousness of society, Islam had little power within government

Then, Justin Trudeau became prime minister. Incredibly, one of the first moves he made as PM was to cancel legislation that stripped dual citizens convicted of crimes and called for deportation.

Why? For what reason would Trudeau do this? Why would this move be one of his FIRST DECISIONS as prime minister? Does it not suggest Mr. Trudeau has “Islam On The Brain?

Of course it does. Upon seizing control, Trudeau began to empower dual-citizen followers of the Prophet Mohammed within cabinet and caucus. Citizen of unknown origin(Iran or Afghanistan?) Maryam Monsef was placed in charge of democratic reform. Monsef has publicly stated her “fascination” with Sharia Law.

Another is MP Omar Alghabra, Deputy Minister of Foreign Affairs. An oft-repeated quote has Alghabra jumping of joy upon the election of King Justin. “It’s a victory for Islam!” Mr. Omar shouted with glee. Such dedication to ALL Canadians, eh?

Next up, half citizen, MP Iqra Khalid.  After consulting the desperately ethnocentric National Council Of Canadian Muslims, Ms. Khalid put forth M103, her motion to elevate the Nation of Islam above all other religious communities in Canada. She was successful–the motion passed without a glitch. Of course, this was at the time of the multiple murders of six Muslims in Quebec. The Liberal-Globalists had their timing down perfectly, and succeeded in their mission.

As it happens, Ms. Khalid is a dual Pakistani-Canadian citizen. What does she have to say about the plight of this Pervaiz fellow? You guess it–nothing at all. Why? Because to do would compel her to criticize an element of Islam. Those like this never do such a thing. Yet, she railed against so-called “Islamophobia” long enough to get her motion passed.

But without a doubt, the most two-faced MP in government–possibly ever–is Somalian half-citizen, Immigration Minister MP Ahmed Hussen. CAP vote for this fellow as the most awful person in the history of Canadian politics–next to boss-man Justin, of course.

It is CAP’s contention that this man hates English Canada, its peoples, and their national heritage. In addition, our guess is Hussen also hates Christianity. Therefore, as far as Trudeau is concerned, he is the perfect choice for Immigration Minister. Pourquoi? Because Justin feels the very same.

As we know, PM Trudeau is a major proponent of the “TRANS” movement. While most will immediately associate this with LGBT, Pride and the rest, CAP offer an alternate theory:

For Trudeau and pitbull Hussen, transformation is not limited to the realm of human sexuality. Rather, the cretineous ones are applying this to Canadian society as a whole.

This is the true agenda of Trudeau, Butts, Telford, Hussen, Khalid and the rest of the Liberal cultural assassins of Canada.