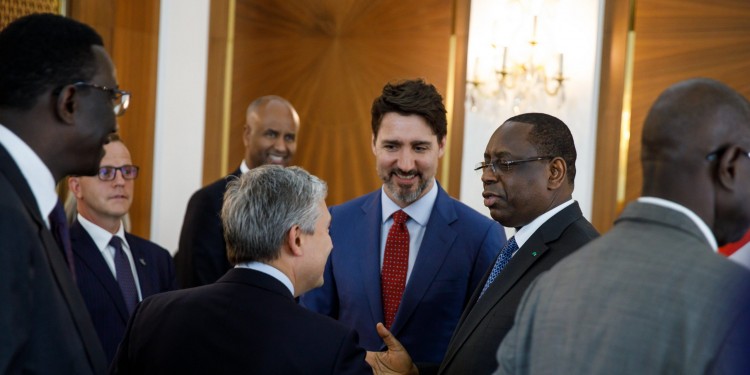 “Many of these cities have a declining natural population. This means that there are more deaths than there are births. They depend on migration between provinces to stay competitive economically, so they have begun to attract more immigrants to continue growing.”

Start with the fact that our government —knowing full-well that our country was to find itself with a progressively elderly population–did nothing to stimulate birth-rates of the Canadian-born to rectify this situation.

True,or not true: a succession of ruling government bodies–both Liberal and Conservatives— could have implemented programs to stimulate birth-rates during the post- “baby-boomer” years. But they never did.

The solutions are not that complicated– offer parents government money based upon the number of children they produce. Create tax-write off incentives for each additional child. But this was never offered.

Why not? In this CAP can only guess: the reason is because government planned long ago to resolve the problem by way of immigration policy. Now–well after the problem is in full-swing, all government and media can talk about is utilizing immigration to deal with Canada’s “aging population and elderly work force.”

Any other Canadians notice that every solution for our society’s troubles– aging population, economy, workforce and all others–will be resolved by immigration. Both government and media behave as if mass migration is the social panacea of the century. CAP highly doubt this.

What else is being hidden away from the purview of Canadian society?  Here’s a doozy– immigration is being used by government to capture every seat in Parliament for the Liberal Party of Canada.

To elucidate, consider the political powerhouse known as the Greater Toronto Area(GTA). In the federal election of 2019, Justin Trudeau’s Liberals captured 45 of 55 seats. Much of this was based upon the proportion of 3rd World immigrants in Mississauga, Brampton and dozens of other local constituencies.

Degree to which mainstream media expose this reality? Zero percent is the correct answer. So what then is the goal of the expansion of urban migration patterns to rural Canada?

Simple as Nova Scotia apple pie–to replicate the pattern within “small-town” Canada. The long term result will be that the Liberals capture 90% of the 338 ridings within our nation.

Do tell– what is the point of elections if there is no chance of any party other than the Liberals winning a federal election?

Quick answer: there is no point at all. Bingo. Canada ceases to be a democratic nation. This is the true agenda for the destiny of the dying Great White North.

Never will you see, hear or witness any element of this pre-conceived journey being exposed by government or media. This, fellow patriots, is your “post-modern” Canada as driven by pseudo-dictator, PM Justin Trudeau.