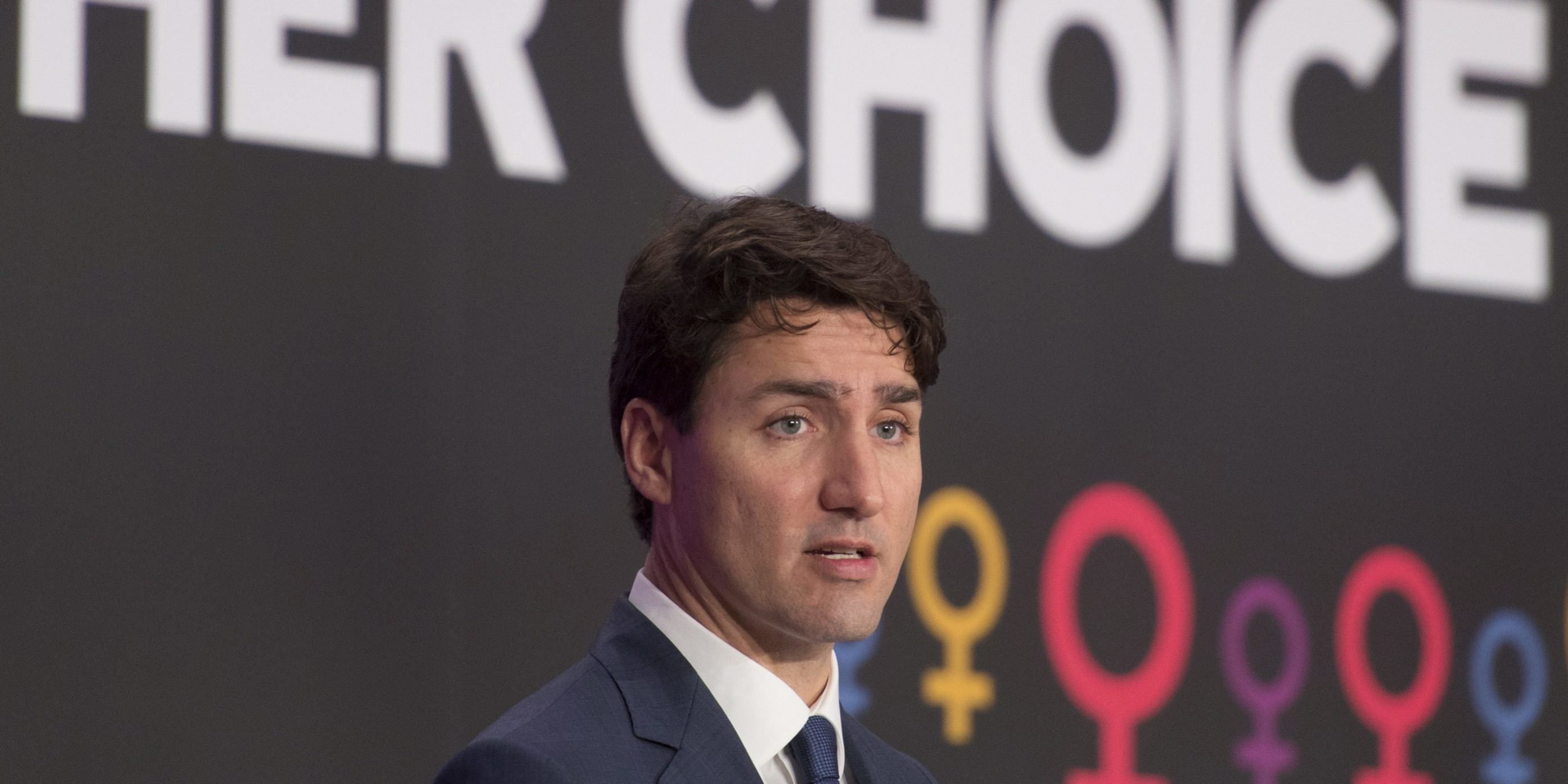 ARCC executive director Joyce Arthur--a top promoter of no-restrictions mass abortion in Canada  noted the film’s attempt to challenge abortion rights is “a NON-STARTER in Canada, where women and transgender people have a Charter right to abortion based on their rights to bodily autonomy and equality.”

First of all, Canada’s Charter of Rights and Freedoms contains not a single reference to abortion. Secondly, Ms. Arthur is DREAMING when using the term “non-starter.”

Within a liberal democracy, the voice of the people can become a powerful force for social change. Historically, this change often begins at a grass-roots level, and builds from there.  Naturally, Ms. Arthur will not recognize this reality. Globalist liberal types NEVER DO.

Rather, their interest is maintaining  the liberal status quo. Arthur’s “non-starter’ comment alludes to a social justice warrior mind-set to succeed by way of pressure, control, victim-status and virtue -signalling. In other words, by way of Trudeau-style pseudo-liberalism.

Now, Police are investigating death threats sent to two Canadian independent theatre owners because they are screening the pro-life movie Unplanned on July 12, LifeSiteNews has learned.

How inclusive. What a commitment to the social harmony the LGBT industry espouses as being central to their ethos. What hypocrisy. These types want Canadians to empathize with with the fetus-destruction business, however when alternate opinion and evidence is delivered, they want those who speak DEAD.

How typical. Are these people aware that Canada has the most open abortion laws of any liberal democracy on the planet. Are they aware Canada shares abortion laws with communist China–a nation of 1.3 BILLION citizens?

If the abortion-pushers are anything like the transgender-pushers, fact,logic, and evidence mean absolutely NOTHING. Post-abortion trauma is a walk-in-the-park. Abortion regret is non-existent, and the destruction of approximately 80,000 Canadian fetuses EACH YEAR is benign and irrelevant. This, within a nation with the problem of an aging demographic and workforce.

The only thing that matters is the only thing Justin Trudeau has to say about abortion: “Women must be able to control their own bodies.” End of story. Never mind the fact that abortion is arguably the  most controversial issue of modern times. As with the dark under-belly of the sex change for children movement, Trudeau takes a superficial view of the entire picture.

Liberal Caucus members MUST VOTE pro- choice, proclaims King of Canada, Justin Trudeau. Canadians MUST accept transgenderism for ALL Canadians of any age. No debate, no questions permitted.

Yet, the Canadian people feel differently. Basically, we are awakening from a multi-decade SLUMBER regarding Canada’s outlandish abortion policies. Why now? Because alternate media is RISING to challenge mainstream media.

Therefore, the public are being exposed to ideas rendered TABOO within establishment media. Abortion is way up on this list. Ever since Pierre Trudeau FORCED mass abortion on Canada, media have been complicit in the cover-up. For thirty years the topic of abortion was BURIED by mainstream media. Why?

CAP theory: Because a big-picture agenda has been in place for decades to TRANS-form our nation into an entity not a single Canadian asked for–the post-modern nation-state of Justin Trudeau’s dreams.

Consider the following. Justin Trudeau is in favour of no-limit abortion, as well as no-limit transgenderism. What is the social impact of these two agendas? Simple– LESS BABIES.

Which segments of society are abortions and transgender surgery affecting most? This we DO NOT KNOW, and dollars-to-Tim Horton’s donuts  the Trudeau government will NEVER inform us.

Therefore, enter speculation. Which identifiable communities in Canada are most partial to abortion and transgenderism?  First Nations Canada– nope. Their leaders tell us community abortion numbers are actually quite low, as grandparents tend to help out more within their community.

Third World Canada? No way. Islamic Canada? Come on– these older cultures from lands beyond do not indulge–at least, not regarding HEALTHY pregnant women. Sikh Canada? Doubtful, really– although sex-selective fetus destruction has been known to occur within this community.

Therefore, by default, the most affected are Anglophone, Francophone and Christian Canada. BINGO. There you have it. Abortion and transgenderism contribute to the DEPOPULATION of specific identifiable communities in Canada.

Tell this to a social justice warrior, and they will more than likely EXPLODE in anger. We are OUTRAGED! Bigotry. Homophobia, white supremacy and the rest of the globalist polemic.

So the LGBT brigade want small town theatre owners DEAD. In Justin Trudeau’s Canada, what generally occurs in a situation of this nature? The theatre owner gets charged with a hate crime, and those who made the death threats become helpless victims of “homophobia.”

That’s Trudeau’s Canada– an veritable upside-down cake of justice, morality and social equality in Canada. It has been this way ever since Papa Pierre personally cancelled Canada’s bi-cultural English and French identity. Under the iron-clad grip of son Justin, the agenda is IMMUTABLE.

In order for truth, justice and social equality to return to society, Justin Trudeau must be removed as prime minister of Canada.