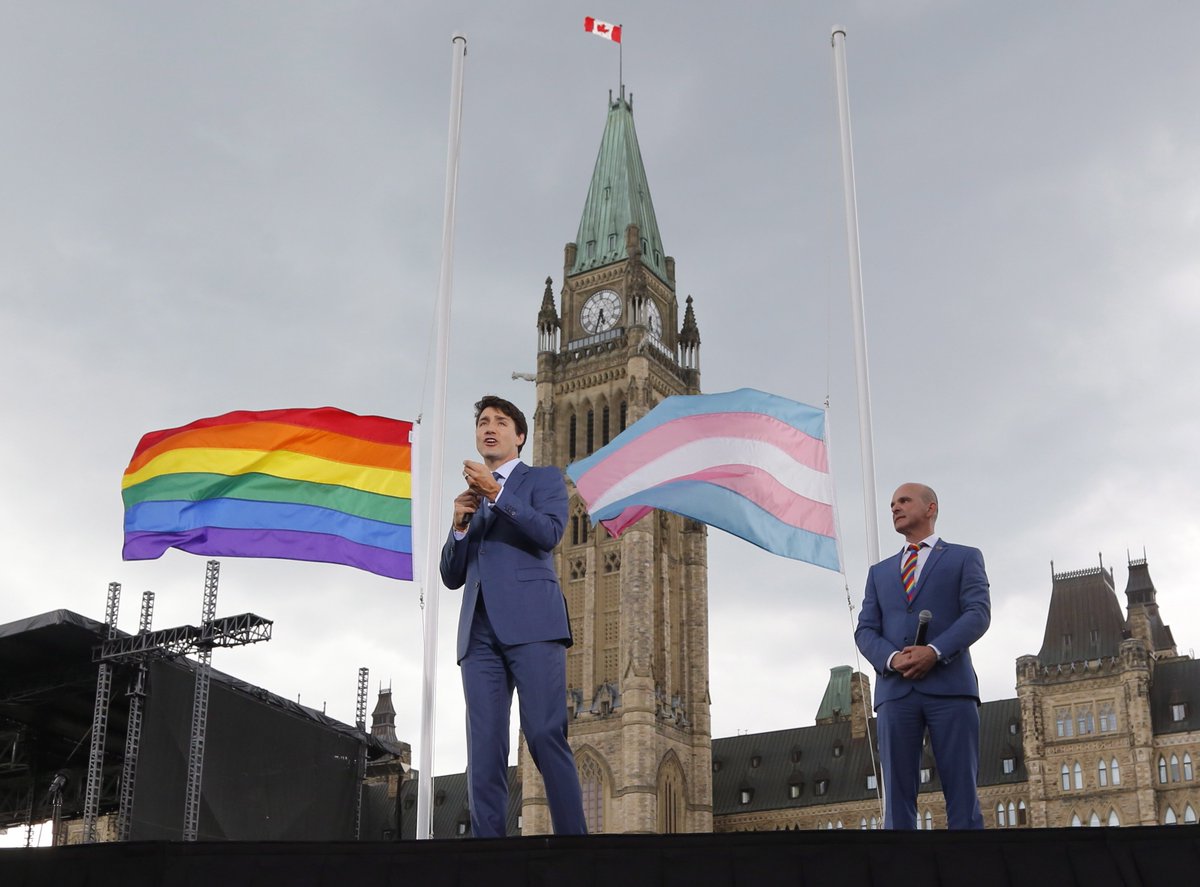 In the United States, transgender medical treatment for youth is under serious government scrutiny. Over the past two years, nearly a dozen states have legislated against elements of transgenderism. In several states, teaching of trans-ideology for specific age groups has been banned.

The stimulus for change is found in a deeper understanding of the dangers of sex transition. Media in Canada expose next-to-nothing in this regard. As opposed to PBS in the United States, which in April, 2022, published details on the topic:

“Children who meet clinical guidelines are first offered medication that temporarily blocks puberty. This treatment is designed for youngsters diagnosed with gender dysphoria who have been counseled with their families and are mature enough to understand what the regimen entails.”

In Canada, not so much. A case in British Columbia offers a deferential from the American approach:

“In April, 2021, a father of a transgender teenager was sentenced to six months behind bars after exposing sensitive personal and medical information about his son.”

Translation: In Canada, it is possible for the state to maintain jurisdiction over parents. Such a precedent aligns with tenets of communism, in which government ideology takes precedence over the family unit.

“The drugs, known as GnRH agonists, block the brain from releasing key hormones involved in sexual maturation. The drugs can be given as injections every few months or as arm implants lasting up to year or two.”

Injections may cause decreases in bone density. They are followed by inoculations of manufactured versions of estrogen or testosterone. The treatments typically involve weekly injections. Many transgender patients take the hormones for life. Gender-altering surgery in teens is less common than hormone treatment, but health centres do not provide give exact numbers.

Guidelines say such surgery generally should be reserved for those aged 18 and older. The World Professional Association for Transgender Health says breast removal surgery is OK for those under age 18 who have been on testosterone for at least a year.

A study from Patient-Centred Outcomes Research Institution offers the following:

“In this study, the research team looked further to learn how different types of hormone therapy affect those risks. The research project showed that transgender women who took estrogen had a higher risk of blood clots and strokes than men and women who weren’t transgender.”

You will not read about this in the Canadian press. Media presentation contains no revelation of shortcomings related to sex-change procedures. In fact, state-funded CBC Corporation remain entirely matter-of-fact about the subject.

“The research involved 317 youngsters who were three to 12 years old when they were recruited to the study. Five years later, at the study’s end, 94 per cent were living as transgender and almost two-thirds were using either puberty-blocking medication or sex hormones to medically transition.

“Most children in the study were from white, high-income families who supported their transitions. On average, the kids began identifying as transgender at around the age of six.”

Joy to the world, eh? What we have here is monolithic media endorsement regarding transgenderism. No downside, no fuss, no muss.

Why? Does it not seem strange that these medical procedures receive a green light from our government, as well as media, academia and our healthcare industry? No warnings, no caveats, no impediments.

How odd-ball this is. Until we uncover the trans-industry’s number one backer: the World Economic Forum:

The Partnership for Global LGBT Equality  is a coalition of organizations committed to leveraging their individual and collective advocacy to accelerate LGBT equality. The Partnership is supported by the Office of the United Nations High Commissioner for Human Rights, and is operated in collaboration with the World Economic Forum.

We come to understand the “supply chain.” No wonder Justin Trudeau and the Liberals– and therefore media– are in full support. It is fairly stated that Justin Trudeau supports every existing initiative adopted by Klaus Schwab’s WEF organization.

Every bit of this registering under-the-radar of general public awareness in Canada. Cultural Action Party will refrain from hyperbole. We have faith that readers will comprehend the nefarious nature of this spectacle for themselves.

Indeed, all Canadians would– if the truth was not being held back for the benefit of those who prosper and profit from the trans-industry.