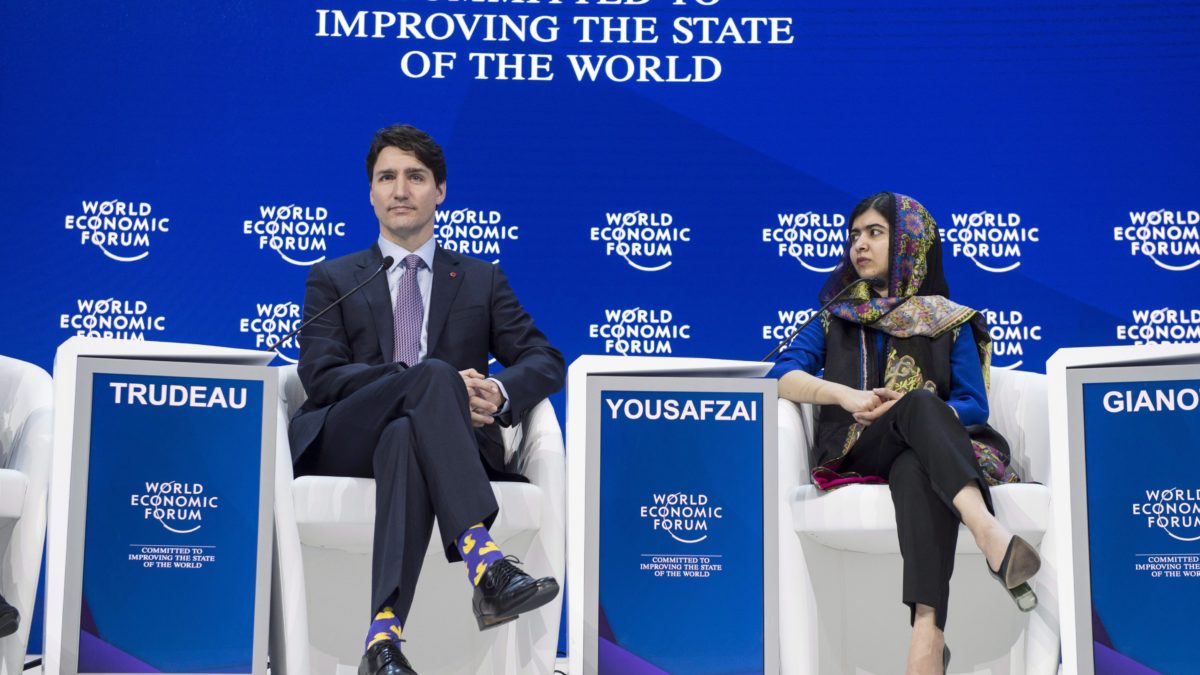 The times they are a’ changin. In fact, they changed on October 19th, 2015--the day that Justin Trudeau placed the “crown of Canada” upon his head.

Check out what one of Canada’s most prominent establishment media has to say:

“Recent research suggests that 57 per cent– a majority of Canadians— think that referendums are a good way to decide on contentious social issues.”

“The kicker in all of this for Canada is that although the idea of a referendum to settle things sounds good, the practicality of what is a valid winning percentage outcome to merit the settling of any contentious issue such as the changing or division of the country is MURKY territory.”

Trans-lation? Democracy is a bad idea.  Public input should be minimized, and/or ignored completely. The will of the majority–a rock-solid fundamental of democratic governance–is be eschewed.

Getting the picture, fellow Canadian patriots? You should be–because this situation embodies the deterioration of democracy under that most fake of fake governments– The Justin Trudeau/Gerald Butts Socialist Government of Canada.

Is this not obvious, and blatant as heck? Can you imagine– CTV, CBC and the rest are today anti-democratic, discouraging any and every element of what is often referred to as “direct democracy.”

How incredibly revealing this is–if one happens to pick up on this reality. When speaking about referendums, we now turn to Switzerland,and other democratic nations:

“As of 2019, thirty countries allowed for referendums initiated by the population on the national level.”

“A compulsory referendum subjects the legislation drafted by political elites to a binding popular vote. This is the most common form of direct legislation. A popular referendum empowers citizens to make a petition that calls existing legislation to a vote by the citizens.”

“This form of direct democracy effectively grants the voting public a veto on laws adopted by the elected legislature, as in Switzerland.

Can you imagine Justin Trudeau advancing this form of democracy in Canada? Yes– on the 12th of Never! CAP will make a firm commitment at this point: For the entire period in which Justin Trudeau remains prime minister, there will NEVER BE a national referendum on any topic.

From this point on, government hi-jacks our nation, throws the will of the public in the garbage bin, and proceeds to re-invent our country against the will of the majority.

CBC call this “multiculturalism.” CAP call this “national theft”-– the stealing of a nation away from the descendants of the founders of Canada.

Pollster  Nik Nanos states the following: “In our own example, in the 1995 referendum in Quebec the margin between remaining in Canada and Quebec leaving Canada was a little more than a razor-thin 50,000 votes out of about 4.7 million votes cast.”

So what? Every referendum conducted finds it own unique conclusion. Does the above suggest  readers must believe a similar outcome for a Wexit referendum is “written-in-stone?” Of course it isn’t.

And there’s more– Nik Nanos refrains from fleshing out the context regarding referendi in Canada. Did you know? How many of these has Canada had since our founding in 1867?

Why, this would be a total of three– the one in 1995, as well as two others. In Canada, the federal government has held three referendums in total. The first was in 1898. The second one was in 1949.

Witness how establishment media omit these relevant facts. In the past 70 years, Canada has only had one national referendum–a fact “conveniently” overlooked by Pollster Nik Nanos.

Why? Because its better for the Trudeau government that 37.5 Million Canadians do not understand the history of direct democracy/referendi in Canada. This way citizens will be deceived.

READ MORE: Why Racism In Canada Is ACCEPTABLE When Targeting Anglophone Canadians

See how government and media roll? CAP certainly do. This is one way to seduce a nation: the act of omitting critical information, spinning reality, and shaping media output into a political weapon. This, fellow patriots, is exactly what PM Trudeau and commie advisor Gerald Butts have instilled within present-day Canada– straight-up, communist-style control.

What a state-of-affairs Canada finds itself under a pseudo-democratic, socialist-infused Liberal government. Media work for government, who in turn work for Globalist forces– United Nations, Global Media, International Banking, geo-political Sikhism, geo-political Islam– and for some incongruous reason-– homosexual and transgendered Canada.

Oh Canada–how you have been hood-winked–and there is more to come. Whoever thinks that a “minority” instead of majority Liberal government will bring a change to the program should think again.

The change will be like Justin Trudeau himself–a superficial lie. CBC will spin the entire charade. CTV will offer up deceptions such as  Trudeau is “working for the middle class.”

They’re right, of course, King Justin is indeed working for the Middle Class— in China, Pakistan, Iran, Afghanistan, Nigeria, Syria, Iraq, Jordan, and Somalia--if they even have one in these backward, despotic nations.

The Canadian media are at presently anti-democratic. So is government. So is the Nation of Islam, Immigration Minister, MP Ahmed Hussen, advisor Gerald Butts, as well as the Liberal government’s Middle Eastern Cabal of MP’s.

All this brings up a most pertinent question: Is democracy in Canada DYING?

CAP hate to say so, but the answer is yes. A Trudeau as PM trans-lates into the end of democratic governance in the fading “Great White North.”

Then, media continue to ramble on about climate change while ignoring our nation’s pending demise.