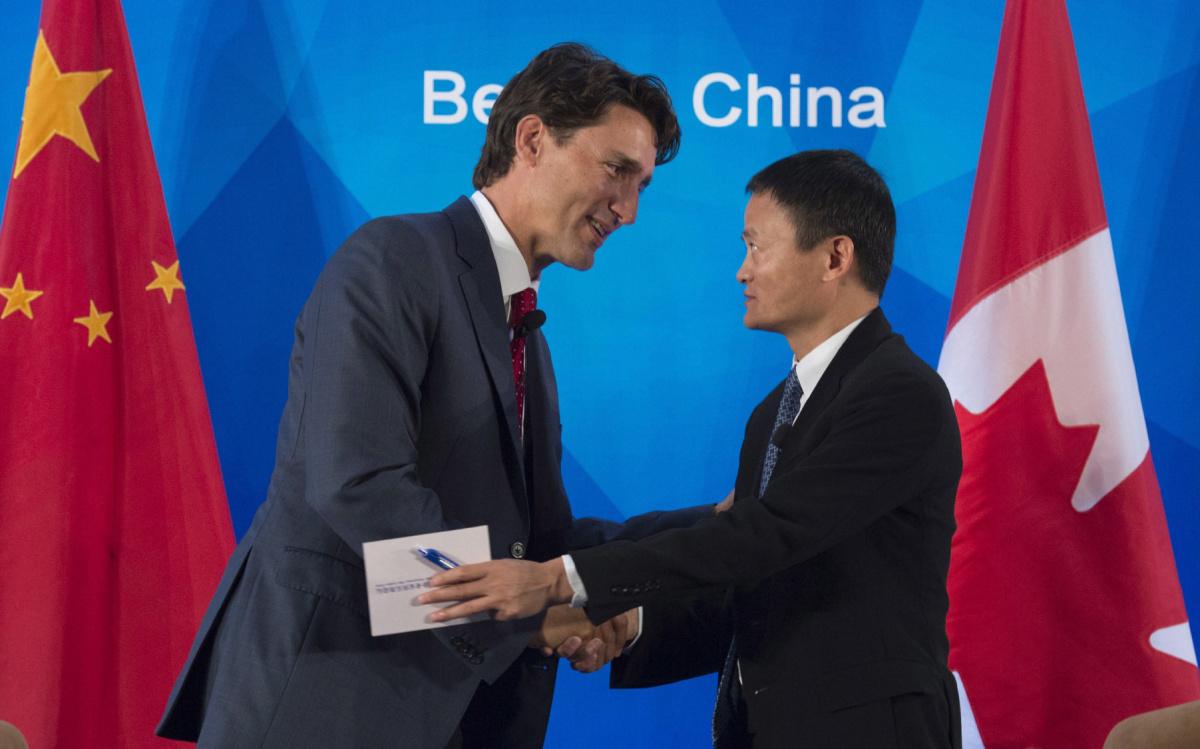 “At this year’s World Economic Forum Annual Summit in Davos, Switzerland, China-based Alibaba Group spoke of new technology that would track people’s carbon footprints through the monitoring of their spending, eating, and traveling habits.”

China? World Economic Forum? Alibaba? Heck– if these folks push it, then it’s all but guaranteed to arrive in PM Justin Trudeau’s post-modern Canada.

“A Canadian credit union will be launching a Visa credit card which will allow users the option to track their carbon emissions.”

“Vancity says its ‘Carbon Counter’ Visa card is “a Canada first and claims it is needed for climate action. Those who sign up for the program will get a monthly total of their purchasing carbon footprint.”

Astute observers know the deal: when it comes to transitioning our country to an authoritarian state, government, media and corporate Canada prefer a step-by-step approach. This way, 38 million citizens are incrementally drawn into a replication of life in communist China without being aware the fact.

Result: Canada transitions further toward a condition so-loved by PM Trudeau and his “no core identity” Liberal Cabinet: a replication of communist societies.

To be followed by a leveraging of legacy media to fool Canadians into adopting the policy. Lo and behold– twenty years down the road, all credit card holders in Canada have carbon-tracking credit cards. Down the rat’s hole we proceed from here.

It is no paranoid fantasy. This is the reality of Canadian society as controlled by Justin Trudeau’s Liberal government.

Justin Trudeau’s neo-socialist Canada stands at a mere 1.6%. Any other patriots notice an odd occurrence? While the Liberals utilize Carbon emissions to transition our country to an authoritarian state, government has next-to-nothing to say about China’s carbon-emissions.

They must like China a whole lot more than Canada. Draconian measures toward a country with less than two percent of world-wide emissions, coupled with a lack of condemnation of the world’s number one polluter.

How Justin Trudeau it is. From there, all flows downhill to mould Canada into a state of society no one asked for, or approved of. Our media refer to this as “democracy.”

Klaus Schwab’s World Economic Forum (WEF) are “strong proponents of pushing agendas that track people’s finances, much like social credit like schemes in place in China.”

Beauty, eh? Witness as the people of Canada continue to walk the plank to an elimination of personal freedoms. Fidel Castro would be impressed. How pleased the government of China must be with Trudeau’s Liberals.

The “Great Reset” is a plan created by global elites that “seeks to push the reset button on the global economy. Its many critics say it would create a new world order with aspects of the Chinese Social Credit System.”

In a related development– also underexposed by mainstream media– an official job posting by the Trudeau government is looking to hire officers for an “Environmental Enforcement Directorate.”

Anyone up for an environmental taskmaster looking over Canadian’s shoulders for carbon law violations? TBA is the word as Canada continues to morph into the content of Justin Trudeau’s deepest dream. This man will make a communist state out of our nation if it’s the last task he accomplishes for his woke globalist masters.

Common sense citizens understand what defines “misinformation” in Canada: everything our neo-fascist federal government don’t like is the true ticket.

“A large part of the great reset idea is the implementation of purchasing tracking mechanisms on consumers under the guise of following one’s so-called carbon footprint.”

From a single credit union to coast-to-coast mandatory adoption? Rule #88: never put this type of thing past the Trudeau government.

The name of the game is deception. With the help of Media, WEF, WHO, China and the rest of the globalist elite, Canada continues down its path to conversion from democracy to authoritarian state.

Justin Trudeau will settle for nothing less.