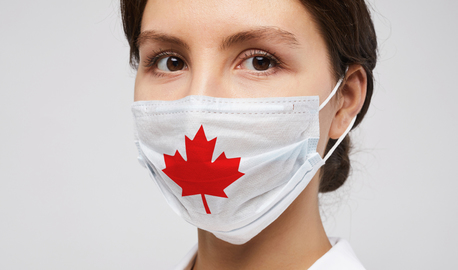 “The Ontario COVID-19 Modelling Consensus Table is a group of scholars and professionals who are using advanced modelling methodologies to generate estimates around incidence, prevalence, and the spread of COVID-19 in Ontario.”

The model was created by scientist Troy Day of Queen’s University in Ontario, Canada.

“Cases are doubling every month-and-a-half … compare that to if they double every 10 days. You can start to see that that would be a really horrific situation,” said Day.”

Horrific in what capacity? By the sounds of Troy Day’s  catastrophic predictions, Coronavirus may well transform Canadian society for all-time. Are  citizens of our nation headed for a neo-Canada? Are we talking an unprecedented, never-before condition entirely unrelated to our county’s existence from 1867-2020?

Think this to be an impossibility?

Cultural Action Party of Canada do not. After all, it was CAP which predicted the introduction of Justin Trudeau as prime minister would result in an element of social decimation. Not that we could pinpoint the exact manifestation at such an early stage of the game.

Any patriots still recall the “sunny ways” proclamation delivered by the 23rd prime minister of Canada in 2015? Turns out he was a tad “off-base” to say the least.

Provincial labs are now scrambling to pinpoint exactly how much of the new strain exists right now in the community.

“There appears to be, based on the U.K. data, an increase number of cases in children,” said Samir Patel, deputy chief of microbiology at Public Health Ontario.

CAP believe the children are our future. Regardless of ethnic or religious identity, parents want to teach them well and let them lead the way. And yet, the state of society under the pandemic scourge may well impede such a thing in a permanent capacity. What a sad state of affairs for all Canadians.

“The thinking right now is, let’s operate under the assumption that it'[new variant] is here. And let’s try and do everything we can to slow it as much as possible.”

And yet, when one considers government decision-making affecting the spread of the pandemic, we discover an amazing curiosity:

Despite obvious potential for new arrivals from foreign nations to elevate the spread of the virus within society, the government of Justin Trudeau established the highest immigration quotas in Canadian history, and has not altered them one iota.