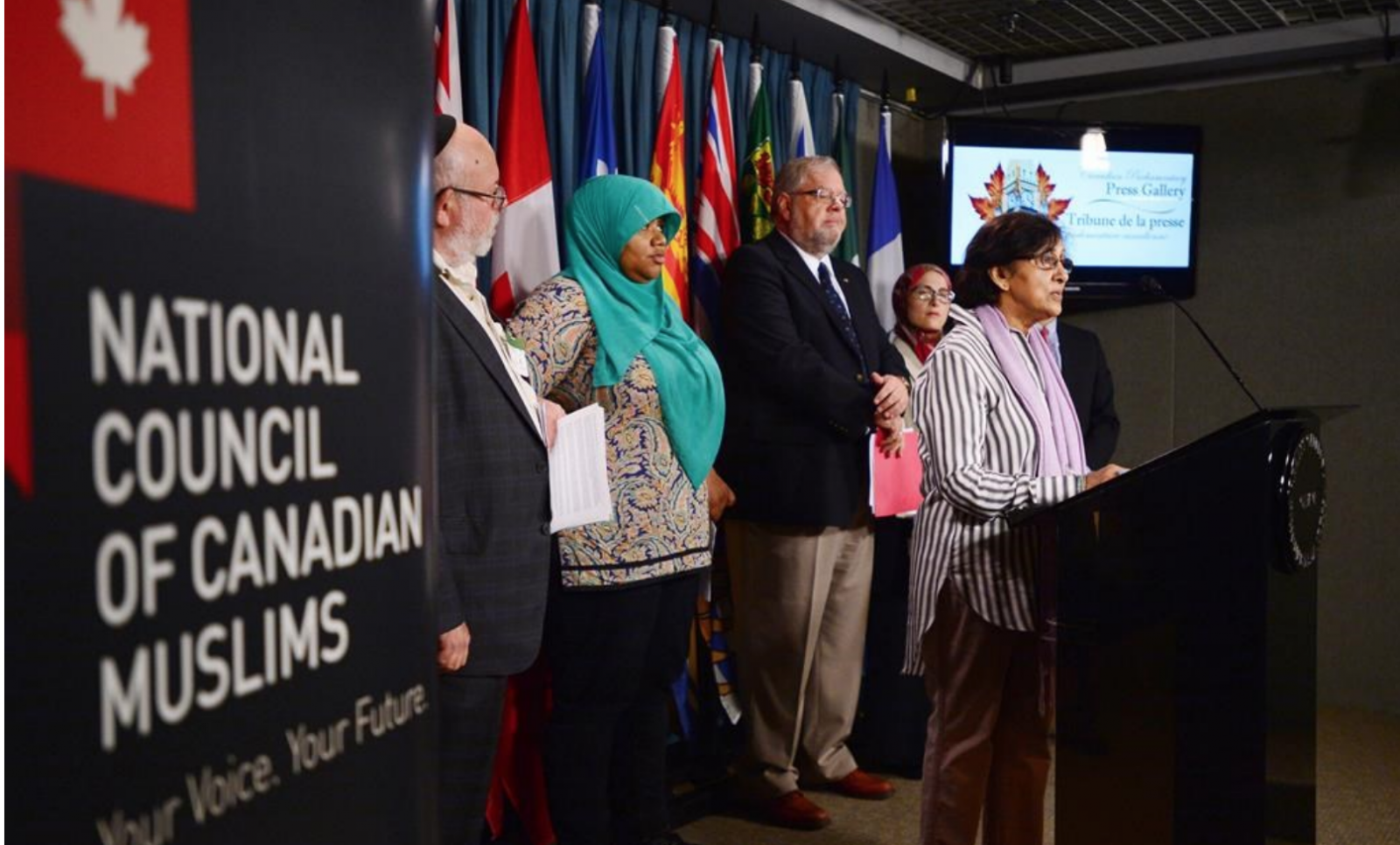 The National Council of Canadian Muslims (NCCM) and the Canadian Civil Liberties Association (CCLA) have received Justice Yergeau’s decision that DENIED their application for a stay of Bill 21.

“This is a disappointing decision that permits a discriminatory law to continue to operate, while causing real harms to individuals who simply wish to go to work in their jobs and chosen professions. We remain ready to fight this to the end,” said Noah Mendelsohn Aviv, Equality Program Director for CCLA.

So Noah Mendelsohn is going to fight on behalf of the Nation of Islam “to the end.” Obviously, this fellow remains unaware of the fact that many religious fundamentalists prefer people it is people like  Mendelsohn who COME TO AN END. What a confused person this guy is.

Will National Council of Canadian Muslims give up the fight? NEVER. These types never stop whining and complaining– about the nation which permitted these people to come to Canada. Regarding oppressive, racist, genocidal Third World nations, these folks have NOTHING TO SAY.

Human rights abuses in Pakistan? Nothing. Why? Because it is a Muslim nation. Way to look out for ALL elements of “racism.” Apart from this tax-payer funded ethnocentric non-profit, the ANTI- HATE Network of Canada are also in an uproar.

This groups enjoys LORDING IT over the Canadian people. These folks have decided it is they THEMSELVES who have the right to decide what is, and what is not, racism and bigotry in Canada. Never mind if the incident does not conform to the Canadian Criminal Code, Canadian “hate laws” or established definition of what constitute racism. This group has thrown all this OUT THE WINDOW. In its stead, their subjective, biased and one-sided definition of what constitutes racism, and what does not.

How positively JUSTIN TRUDEAU of them. A Quebec Superior Court justice has REJECTED a request to temporarily suspend parts of the province’s new religious symbols law.

The National Council of Canadian Muslims and the Canadian Civil Liberties Association filed a court motion WITHIN HOURS of the law being passed last month, challenging its constitutionality.

Ever heard of the term “lawfare?” CAP define lawfare as an instance “where non-western political entities utilize western law to accomplish their ethnocentric agendas. Consider the righteousness of the attitude of NCCM. Within Muslim nations, a Christian special interest group of this nature wouldn’t have a HOPE IN HELL of winning a court case. In fact, in some Third World nations, they would likely be SHOT through the head for opposing the religious status quo in ANY capacity.

For NCCM, as well as ethnocentric MP’s like Iqra Khalid and Ahmed Hussen, none of this matters. For them, whatever human rights abuses which occur within Islamic nations is fine and dandy. As members of parliament, these folks have never uttered ONE SINGLE WORD critical of any aspect of the Nation of Islam.

Yet, pass a law in Canada which secularizes our citizenship, and it is an act of “Islamophobia.”   One telling aspect of this situation must be pointed out. Notice how the moaners always position Bill 21 as something that PREVENTS Third World people from gaining employment. How erroneous this is. The legislation does NOT tell us that Sikhs, Jews, or Muslims CANNOT work for the Quebec government. Rather, the individual HAS A CHOICE. Remove the religious attire, and you qualify for the job.

Not the same thing AT ALL. Of course, this doesn’t work for the NCCM people. They MUST MAXIMIZE the oppression, create  victim-status for themselves and whine their way to the win. After all, this has been an effective means of success FOR DECADES.

Now, this has changed. Why? Is it bad, awful, racist whitey and their uneducated minions? Not at all– the reason is Justin Trudeau. It is he who has played favourites with the Nation of Islam since day one in office. This in turn has caused major ANGER and resentment among the 95% of Canadian who are not Muslim.

You wanna blame? Blame your prime minister. It is HE who advanced a society pitting one community against another. Previous to Justin’s tenure, racism in Canada was relatively minor. Today, due to the mania of King Justin, identifiable communities are at each other’s throats like never before.

“Diversity is our strength?” Don’t be ABSURD. The only strength derived from this Trudeau mantra is found in the accumulation of strength among Third World Canada, and a corresponding diminishment of strength within Anglophone communities.

This is Justin Trudeau. Of course, tax-payer funded National Council Of Muslims will be back for more–and so will their liberal left-wing lawyer buddies.

Within Justin Trudeau’s Canada, this is simply the “lay of the land.”