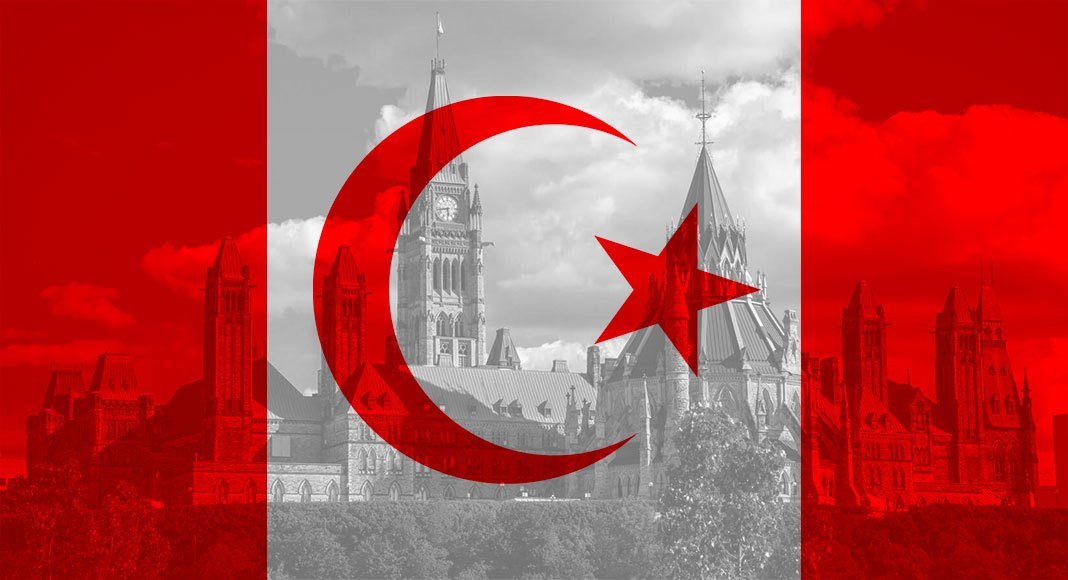 White supremacy and far-right extremist groups are on the rise in Canada and directly threaten the safety of minority communities, including the Muslim community.

Opening the Canadian Human Rights Act, RSC 1985, c H-6 [CHRA] to a fulsome legislative review in order to consider how to address the rise of online hate.

So National Council Of Canadian Muslims demand a freedom of speech crackdown to protect their community interests. How “democratic” of them.

NCCM continues to amaze Cultural Action Party of Canada with their strident, sanctimonious belief that this ethnocentric non-for-profit organization have the right to brazenly demand to control of political discourse within Canadian society.

We have one simple question for Mustafa Farooq, Executive Director of the National Council of Canadian Muslims: Who the frack do you think you are to attempt to push around non-Islamic Canada, which as Stats Can claim, comprise 96% of our nation’s demographic?

How “Justin Trudeau” this is. What else? Double the number of special grant programs for academics, organizations, entrepreneurs, and NGOs to develop and deliver digital literacy programming for Canadians to mitigate the reach and impact of online hate.

In other words, demand that government increase tax-payer funding to promote the idea that Anglophone Canada is evil and racist. Yes, NCCM positions themselves as exclusively fighting “white supremacy”— a term these multicultural warriors continue to utilize to paint a portrait of Canadians as nasty bigots and xenophobes.

Look at how they roll– M103 “Islamophobia” motion, which half-Pakistani MP Iqra Khalid created together with NCCM, mentioned only one religion by name– Islam.

No Christianity, no Judaism—no other religious community is mentioned by name. Result? Islam is privileged, and placed on a pedestal above other religions. For CAP, this sounds dangerously like Islamic supremacy. A motion can at any future time transition  into law.

Then, these myopic multicult bandits scream “white supremacy” till the cows come home. Of course, this is Liberal-Trudeau-Globalism in action–accuse the other of what you yourself indulge in. What a classic example this is.

“In 2015, between 80-100 white supremacist groups were spreading hate across Canada. Now, just four years later, experts say that there are close to 300 hate groups. [2] As Barbara Perry, a leading expert on hate groups in Canada, notes, “If this was any other type of crime, we’d be calling it a national crisis.”

You wanna know what a national crisis is, Ms. Barbara Perry? CAP will inform:

Justin Trudeau was  elected to work for an improvement to the lives of the Canadian people. Instead, without any mandate from the people,  turns around and works to undermine English Canada by flooding our nation with Third World migrants. Then he sends out a tweet inviting tens of thousands of illegal migrants to waltz into Canada, and begin receiving tax-payer funded welfare checks within 30 days.

Now, as Mustafa Farooq informs our society, being a minority community in Canada is a major drag. Just read through the NCCM Election Guide to see why.

So white Canadians are headed for this awful minority status. Yet, at the same time,  it is whitey which is the privileged community. Mustafa–please inform Canadian patriots about the “supremacy” in this scenario:

White Canadian populations are diminishing rapidly within our nation. Conversely, Islam is the fastest growing religion and identifiable community in Canada.

So do tell– which community are the “privileged” in this regard. Remember, Islam has M103 up-their-sleeve, while Christians do not. What might occur when Canada’s Muslim population moves from 3.5% of our demographic to 10%.  How much more power will the Nation of Islam have within government at this point?

Based upon the speed of advance over the course of Justin Trudeau’s four year term as PM, there may be enough power to trans-fer M103 from government motion to law.

This is the true “post-modern” Canada–the one establishment media hide away from the consciousness of the Canadian people.

Reading through NCCM’s Election Guide for Muslims, the consistent theme is not one of how to vote in a federal election. Rather, the document’s prevailing theme is internet censorship. These people are calling for major muzzling of public opinion. They do so in the name of “democracy.”

“It is estimated that approximately 84% of Canadians use Facebook, and a majority of Canadians get their news through social media. There is an abundance of empirical data, not duplicated here, to suggest that “fake news” is circulated through a number of social media apps, including Facebook, Twitter, WhatsApp, and other social networks.”

“From the perspective of NCCM, it is clear that the current state of affairs, where online hate spreads rapidly through social media networks, is not healthy for democracy or safety in Canada.”

And comprehensive, sweeping free speech cut-backs within media are an example of a healthy democracy? What hypocrites these folks are. The take-away from this so-called “election guide’ is painfully obvious:

NCCM want to control what Canadians write, and speak. If it falls within their arbitrary definition of “Islamophobia,” it must be scrubbed from the internet. It is not  about what the Criminal Code or Canadian law inform society actually qualifies as racism or bigotry in Canada.

No- NCCM maintain the PRIVILEGE of deciding what internet content is racist, and what is not. Is this not a bid for SUPREMACY in itself? Hypocrites, Justin Trudeau style.

Frankly, CAP could poke holes in this absurd globalist charade for days. Brevity must be factored in, so suffice to say the following:

Informed Canadians of the non-brain washed variety are on to you. We are on to the Trudeau sham, the reverse racism, and the Anglophone-bashing agenda of Trudeau, MP’s Ahmed Hussen and Iqra Khalid, as well as media and academic support of the entire sordid affair.

In truth, if it were not for media presentation, multiculturalism within present-day Canadian society would be seen exactly for what it is:

An agenda to push white Canada, Anglophone and Christian Canadians to the periphery of society while branding our people racists, bigots and xenophobes.