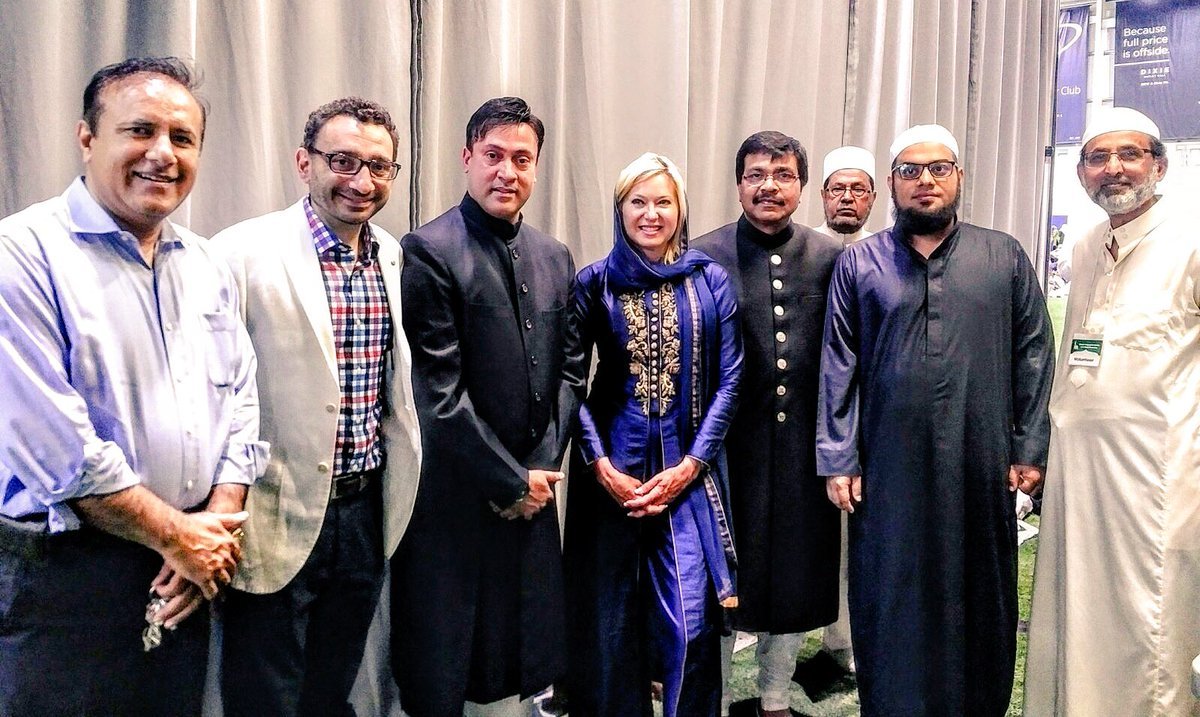 Mississauga Mayor Bonnie Crombie–perhaps Canada’s most vehement promoter of 3rd World culture and religion in Canada, is getting major heat from unlikely sources.

“This is not how we make decisions in Mississauga,” said a City Councillor from her team.

“We do our homework and we didn’t have that opportunity. This is a contentious issue whether you like it or not.”

Seems Mayor Crombie has picked up a page from the PM Justin Trudeau handbook of how to foster general public anger and resentment regarding hyper-aggressive “special interest” group demands within society.

CAP would love to know–who was the non-thinking person or multicult organization who requested this in the first place? Which one of the thousands of our so-called “multicultural” non-profits was both stupid and arrogant enough to make this request?

Result: Serious social consternation. Nearly all City Councillors responded in the manner they always do when it comes to this growing problem– with absolute arrogance and tedious accusations of racism.

“Brampton council formally voted May 6, 2020 in favour of a one-time bylaw exemption to allow the Azan until May 24.”

In other words, every day for 18 days in a row, non-Muslim majority populations will be subjected to these annoying broadcasts.

And now the “kicker”– “Mississauga council agreed to refer the matter of broadcasting “expressions of faith” to the diversity and inclusion committee after the pandemic.”

So much for so-called “multiculturalism”— an anti-Anglophone, anti-Christian liberal globalist dogma if there ever was such a thing.

CAP Opinion: As a nation, Canada is “sick.” The reason for the malady is largely found by way of our ruling Liberal government, who simply refuse to stop dividing Canadians through a unique pandering to a specific community.

Turns out that Provincial and Municipal governments are 98% cut from the same cloth. Result- and for CAP this is 100% intentional— the “people versus government”— a divisive social dynamic if there ever was one.

PM Justin Trudeau: “Diversity is our strength”–and other such tedious platitudes. CAP believe international forces are controlling Canada by way of Trudeau’s Liberals, and that the end game is a trans-ition from democracy into a China-style dictatorship.

Certainly Mayor Bonnie Crombie is in the dictatorship business. Her constituents don’t want the Middle Eastern imposition, and neither do multiple Mississauga City Councillors.

Inevitable Outcome: The “prayer-seekers” will get what they demand, while the remaining 88% of residents “stew in silence.”

Fellow patriots–this is the true “post-modern” Canada of Trudeau, Crombie, and those like them. Remember King Justin’s proclamation of a “No Core Identity” Canada?

What does the public Ramadan blast suggest may be the identity which will over time come to fill this void?

Hint: Begin with Islamic prayers blasted into your ears while shopping for a Thanksgiving turkey, and go from there.