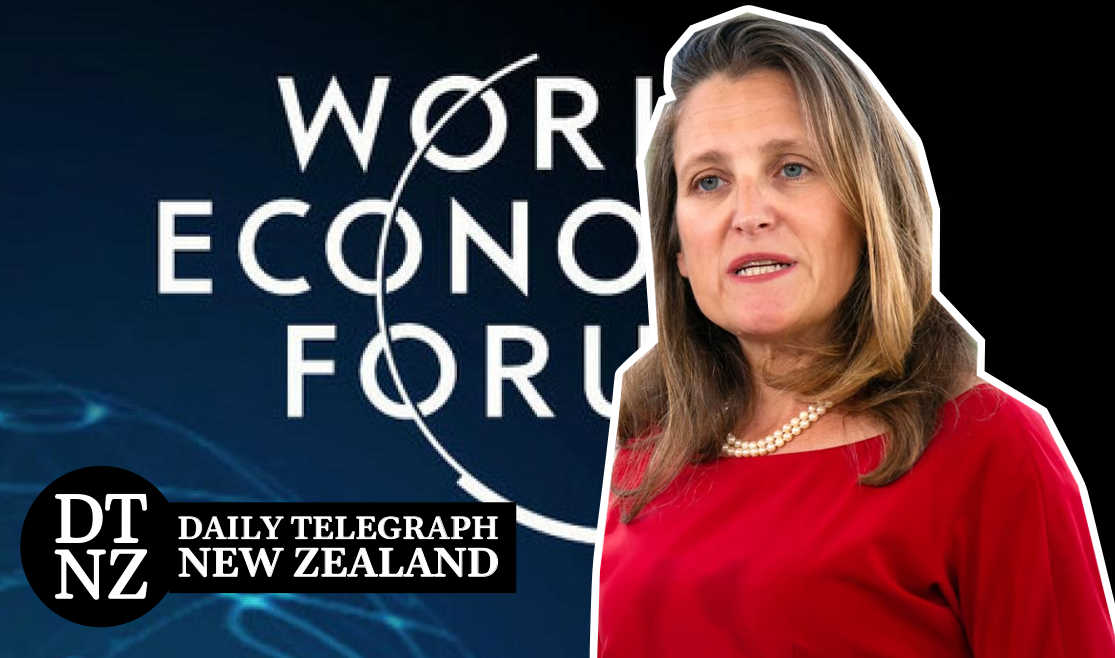 Has Canadian society arrived at a point where twisting truth to fit an ideological agenda is the modus operandi for media?

Politicians of various stripes are currently up-in-arms regarding an  encounter between Liberal Deputy Prime Minister Chrystia Freeland and an Alberta man who confronted her, calling her a “traitor to Canada.”

Rather than position the incident as an attack on our Liberal government, media revert to a well-worn tactic: the incident is an example of misogyny– hatred of women. There is no evidence to support this claim. The man in question said nothing about women one way or the other.

Canadians would do well to understand the way our Liberal government and those they finance in media operate. In 2022, it’s all about the “victim class.” For CBC, CTV, Globe & Mail and Toronto Star, all roads to condemnation of government by the public are corralled into compact silos:

If the political figure is female, it is an example of women-hatred. If the individual is non-white, it is racism. Any way you slice, it, the bottom line is victimhood.

Talk about an example of post-modern politics. Under the auspices of PM Justin Trudeau, there are but two types of Canadians. Those who buy the woke liberal propaganda are “good Canadians.” Citizens who do not are racists, bigots, misogynists and xenophobes. Full stop.

Through this methodology, government carve up society into divisive categories. It’s all so very “black and white.” Globalist, or racist? Liberal, or white nationalist? With Justin Trudeau in charge, there’s always some kind of label being pinned on members of society.

Media just can’t get it straight. Or more likely, they are being paid by Trudeau not to.

“Public instances of threats and intimidation of women in public life have intensified in recent weeks, with significant examples of abuse targeted toward politicians — most recently, Deputy Prime Minister Chrystia Freeland — as well as activists and journalists.”

And why is this? Despite myriad pieces in the press, legacy media never address the fundamental reason for public resentment: the authoritarian behaviour of Trudeau and the Liberals. Simply put, patriotic Canadians hate Justin Trudeau’s fake and false brand of Liberalism.

CAP go a step further: Trudeau Liberalism is not liberal at all. Rather, it’s a post-modern brand of communism painted with hues of historical fascism.

“For weeks, a group of journalists, particularly journalists of colour, have publicly shared a series of private, anonymous emails they’ve received. Those emails contained specific, targeted and disturbing threats of violence and sexual assault, as well as racist and misogynistic language.”

Can media be so shallow as to not recognise that the social trend is, in fact, hatred by proxy? First and foremost, anger against government is the impetus. When venting their feelings is ineffective, they turn to the next available institution: Canadian media.

What’s so hard to understand? The truth is nothing at all. But establishment media no longer deal in truth– that’s all so “2014.” After Trudeau came along to convert Canada to a dictatorship, political reality transitioned to a mirage.

Today, media function as a propaganda arm of government. The collective resentment felt by the public results in rejection of both government and media.

Media refuse to admit it. CBC and the rest are not about to bite the hand that feeds them taxpayer dollars required for their very survival. As a result, Canada transitions to a replica of the social structure found in communist societies. This is a root cause of the discontent of our times. Media blame it on everything but.

A divided society is one ripe for manipulation. The Liberals are manipulators of the highest order. They cannot be trusted to work in the best interests of our citizenship.  Most Canadians value freedom and democracy. Trudeau and the Liberals value authoritarianism disguised as Liberalism.

The result is social division conducive to the unspoken goal of government: Canada’s transition from democracy to dictatorship.