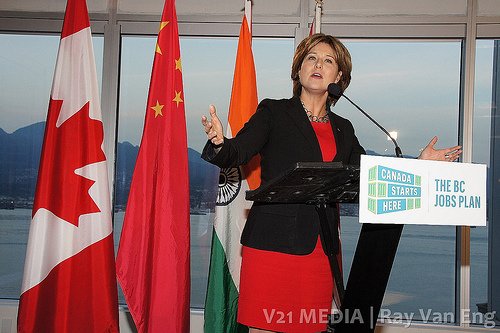 British Columbia Premier Christy Clark has announced a $1-million fund to assist Syrian refugees who settle in her province, saying Canadians have a duty to share the good fortune with which they’ve been blessed – and she isn’t the only provincial leader unveiling new plans to combat the global refugee crisis.

The Ontario government said Tuesday it, too, is considering a provincial fund, while Alberta announced support for the Canadian Red Cross and local refugee settlement agencies. Quebec Premier Philippe Couillard said he would help sponsor a refugee family, one day after his government announced it would aim to triple the number of Syrian refugees it resettles this year.

The federal government has been criticized for its response to the crisis, and while refugee advocates say it’s heartening to see the provinces and the public step in, they add there’s only so much that can be done without greater support from Ottawa.